A Camelot insider confided in a former partner that he was facing up to 15 years in prison for blackmailing a co-conspirator who he said had joined him in a £2.5million National Lottery fraud, a court heard.

Giles Knibbs confessed that he had been conspiring with his builder Edward Putman to cheat Camelot out of an unclaimed jackpot, jurors were told.

Mr Knibbs took his own life after being arrested for blackmail and a court today heard how he had been ‘shafted’ by Mr Putman.

John Coleyshaw, who had been in a five year relationship with Mr Knibbs, said the 38-year-old told him Mr Putman had not paid him his agreed share of the fraudulent winnings. 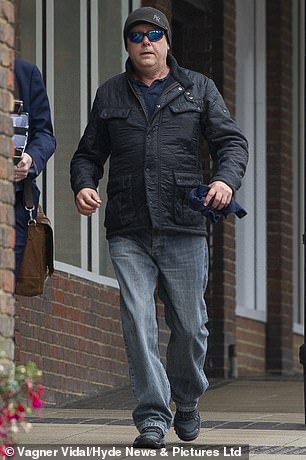 Mr Coleyshaw told St Albans crown court he was very worried about Mr Knibbs, who had been arrested after Mr Putman had made a complaint about him to the police.

He said he kept asking him what was wrong until he said: ‘It looks like I am going down for 10 to 15 years for blackmail.’

He said Mr Knibbs, who worked in fraud detection at Camelot in Watford, told him he had come across details of unclaimed lottery tickets and that he and Mr Putman agreed on a scam and would split the money.

But he said after Mr Putman claimed the prize in 2009, he refused to give Mr Knibbs half of the winnings. ‘That is what I was told by Mr Knibbs. He said he received some money, but not the agreed amount,’ he said.

He said during their conversation in September 2015, Mr Knibbs was ‘extremely upset’ after his co-conspirator had him arrested for blackmail.

Mr Coleyshaw said: ‘For want of a better word, he had been ‘shafted’ by someone he considered to be a good friend. He was extremely distressed. I had never seen him so distressed in all the time I had known him.’

Mr Knibbs, who lived with a new partner in Bricket Wood, committed suicide at Ivinghoe Beacon in Bucks on 5 October 2015.

It was just before the six-month deadline for claims that he came forward with the ‘winning’ ticket, which had been bought in the Co-op at St John’s Road, Worcester. 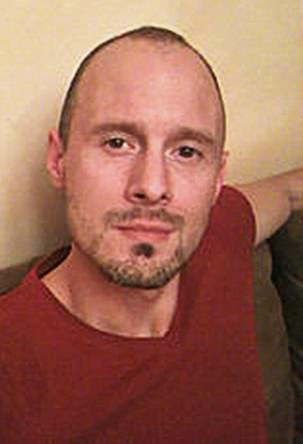 Giles Knibbs (pictured) confessed that he had been conspiring with his builder Edward Putman to cheat Camelot of an unclaimed jackpot. He took his own life before police arrested him

Mr Putnam, who again arrived at court with his face masked and wearing dark glasses, denies that between 28 August and 8 September 2009, together with Giles Knibbs, he committed fraud by false representation.

At the start of the trial, Judge Philip Grey told the jury: ‘The allegation is a fraud on the National Lottery. The prosecution say the defendant won a significant sum of money by means of a forged lottery ticket.

‘The defendant says the ticket was genuine and honest.’

Opening the case, prosecutor James Keeley said: ‘The fraud remained a secret until 2015. Although Mr Knibbs received some of the proceeds of the lottery win from the defendant, Mr Knibbs did not feel that he had received his fair share and felt let down by him.

‘On any view, Mr Knibbs felt that the defendant had treated him unjustly. It was this sense of injustice that came to a head in June 2015.’

He said Knibbs visited Mr Putman’s home and there was an argument. It led Mr Putman to make allegations of burglary, blackmail and criminal damage against Giles Knibbs, who was arrested.

Mr Keeley said: ‘Mr Knibbs worked for Camelot between 2004 and 2010. The prosecution state that this allowed him the opportunity to create the false ticket. A false ticket that he gave to the defendant to cash in.’

He said the jackpot prize draw on 11 March 2009 remained unclaimed, but on Friday 28 August 2009 – 170 days after the draw and just 10 days before the winning ticket was due to expire – the defendant called Camelot claiming he held the winning ticket.

‘He was lying. He did not hold the winning ticket, but a forgery created by Mr Knibbs. The real winning ticket may still be out there for the real winner has never been identified,’ said the prosecutor.

He went on: ‘You will hear evidence from Camelot in respect of the defendant submitting the ticket and the investigation that Camelot held in early 2009. The issue of concern was that the ticket was badly damaged, lacking the entire bottom section. ‘ 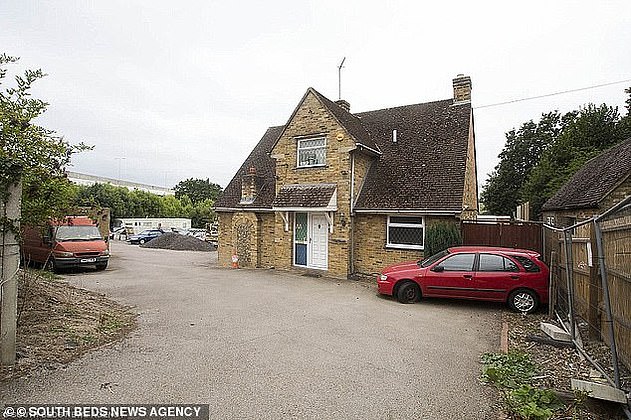 A partner of Giles Knibbs broke down in tears in the witness box on Friday afternoon.

Frenchman Olivier Orphelin said their relationship began in June 2011 after his partner had left Camelot. He described it as ‘perfect.’

He said he had been introduced by Giles to Putman and his partner Lita. He described Eddie as ‘loud and liked to show off.’ He said Lita was a ‘lovely lady.’

In May and June 2015 he asked Giles why they were not seeing them. He was told by Giles it was because Eddie owed him a lot of money.

Around that time he said Giles’ behaviour changed. He started drinking, coming to bed late and getting stressed.

He said Giles told him Eddie was accusing him of blackmail, causing him to become more depressed.

Mr Orphelin broke down in the witness box and the rest of his statement was read to the jury. 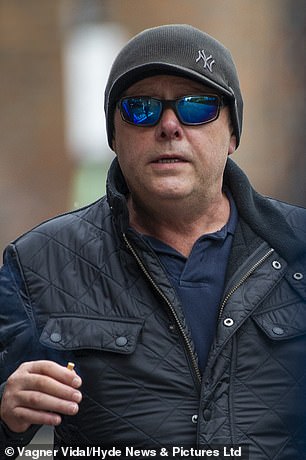 In the statement he said: ‘Giles’ behaviour when he was arrested. When he returned from the police he was different. He looked liked a zombie. I have never seen him like this before.’

The jury heard that in a note left to his partner Giles Knibbs wrote about Eddie Putman saying: ‘ He will lie about everthing. He may appeared sincere, concerned and even sympathetic, but I can assure you he is not those things.’

Earlier, a former police officer told the jury that Camelot Giles Knibbs told him he had found a way of influencing a lottery win.

John Whittaker, who lives with his partner Ben in Wiltshire, said Giles Knibbs had confessed to him when he visited his home in July 2015.

He said he had told him that another man, a builder, would claim a win that wasn’t his.

The builder, he said, had given him some money but had gone back on their agreement.

Mr Whittaker said the builder had made an allegation of blackmail against his friend. ‘That was what was worrying Giles,’ he said.

He said he thought his family might get it not trouble because he was giving them money. ‘He was worried for his family too,’ he said.

Six weeks later Knibbs arrived late a night on his way to Bristol thought he would pop in for a cup of tea. He said he had come to a decision. Mr Whittaker said he again urged his friend to report what happened.