France’s success against the Czech Republic on Thursday meant this was a must-win tie for Britain in terms of clinching top spot in the group, and Evans and Norrie were both solid against potentially tricky opponents.

French captain Sebastien Grosjean shuffled his pack, leaving out veteran Richard Gasquet and bringing in Arthur Rinderknech as No 1, meaning Adrian Mannarino shifted to two and took on Evans in the opening rubber.

With no crowd allowed in Innsbruck because of Austria’s lockdown, it was up to the teams to generate an atmosphere, and Evans was pumped up throughout his 7-5, 6-4 victory.

He and 71st-ranked Mannarino had met three times previously, all of them close, and there was little to choose between them again.

Evans led 5-3 only for Mannarino to level at 5-5 but the British player broke again with a pinpoint forehand and this time served out the opening set.

One break of serve in the ninth game then proved the difference in the second, leaving Evans very satisfied with his morning’s work.

He said: ‘My job is to set the tie up for the other guys. I did well. It was a difficult match. He obviously played number one the other day. That’s sort of the beauty of the competition: you can move the players around. I think they were hoping to get that win to set their tie up.’

Evans played at No 1 at the inaugural finals week two years ago and he admitted to feeling nerves about his opening role.

‘I find it a bit more pressure coming out as number two,’ he said. ‘Obviously last time I came out, I was 1-0 up a lot of the time.

‘There’s no denying they’re a strong, strong doubles team. We go one down, they’re in form, it’s a difficult doubles. We can win that doubles, but no one wants to be sat there 1-1. I want it to be 2-0 and out of there.’

It played out that way thanks to Norrie’s 6-2, 7-6 victory over Rinderknech, who like his opponent has rocketed up the rankings in 2021.

Norrie now sits at world No 12 but this was only his third Davis Cup tie.

In his last appearance in 2018, he was stunned by lowly-ranked Uzbek Jurabek Karimov, but Norrie is a different player now in terms of his confidence and all-round strength, and he proved a safe pair of hands. 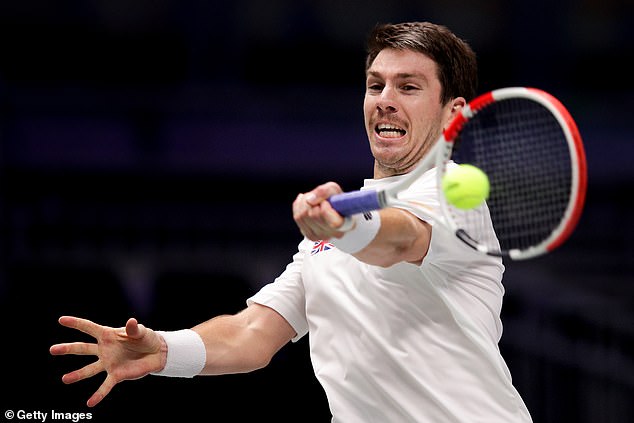 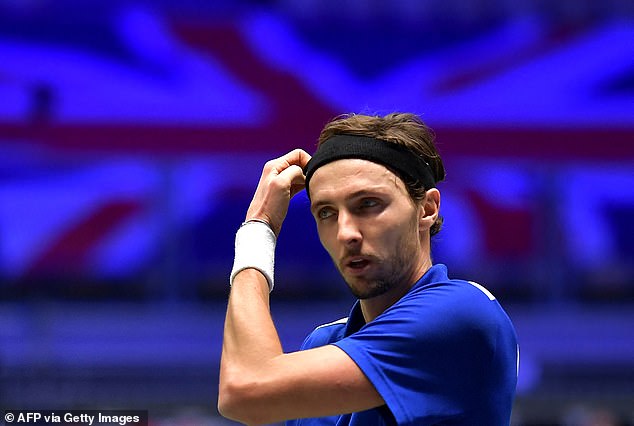 After a tight start, Rinderknech was unable to cope with Norrie’s relentless play as he lost five games in a row to end the first set.

The Frenchman was far more tenacious in the second and came through a number of long service games to force a tie-break.

He led 4-1 but Norrie battled his way back and saved two set points in a tentative denouement before making it across the line.

Joe Salisbury and Neal Skupski will try to make it a 3-0 win in the doubles rubber against Rinderknech and Nicolas Mahut but Britain already know that victory over the Czech Republic on Sunday will send them through to a quarter-final in Innsbruck on Tuesday.