The bitter feud between NRL stars and former teammates Cameron Smith and Cooper Cronk has continued after a brutal snub.

Smith did not invite Cronk to a celebratory dinner on Thursday ahead of the Melbourne Storm hooker’s record 400th first grade game.

The pair have been at odds since Cronk left the Melbourne Storm in 2017 to relocate to Sydney’s east for his fiance, Fox Sports presenter Tara Rushton.

Craig Bellamy – who has coached Smith for 398 of those games – and former teammate Billy Slater were both on the guest list.

Cronk’s omission from the dinner was reportedly due to a disagreement over family issues. 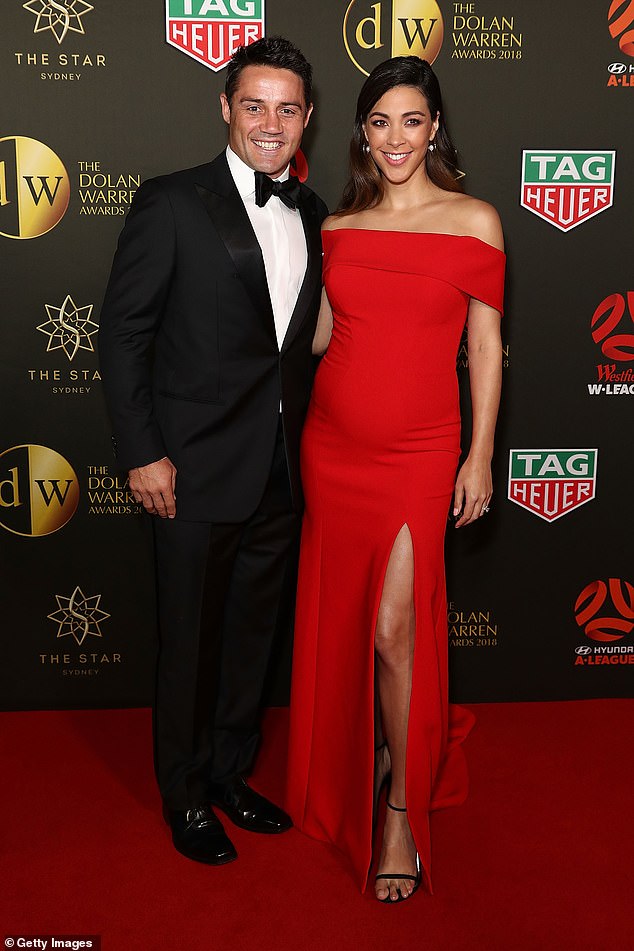 The pair have been at odds since Cronk left the Melbourne Storm in 2017 to relocate to Sydney’s east for his fiance, Fox Sports presenter Tara Rushton (pictured with Cronk)

Smith is believed to have hand-picked the guest list and his managers sent out the invitations.

Cronk, however, did not made the cut.

While both camps have publicly claimed there is no bad blood between the pair, a falling out between the wives and girlfriends of Cronk, Smith and Slater is rumoured have caused the rift.

Tensions reached breaking point several months into 2018 when Smith was a no-show at Cronk’s wedding to Rushton on Sydney’s northern beaches. 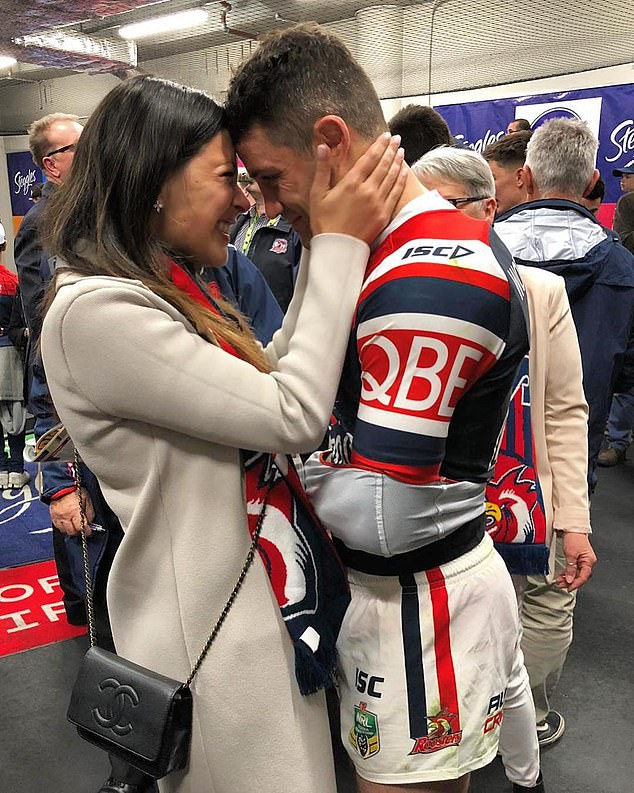 While Cronk warmly embraced all of his former teammates, he offered a short and sharp handshake and very little eye contact for his former captain.

Again in the 2018 grand final, when Cronk’s Roosters beat Smith’s Storm, a photo surfaced of the duo in a tackle in which Cronk’s hand gripped the hooker’s throat.

The former mates then avoided each other after the match with reports Cronk abruptly changed direction to avoid coming face to face with Smith.

Adding fuel to the fire, the pair both snubbed each other in post-match interviews and speeches, but Cronk has since come out and publicly congratulated Smith for his contribution to the game.

While Cronk and Slater are reportedly close as ever, both men seemed to take issue with Smith at a similar time. 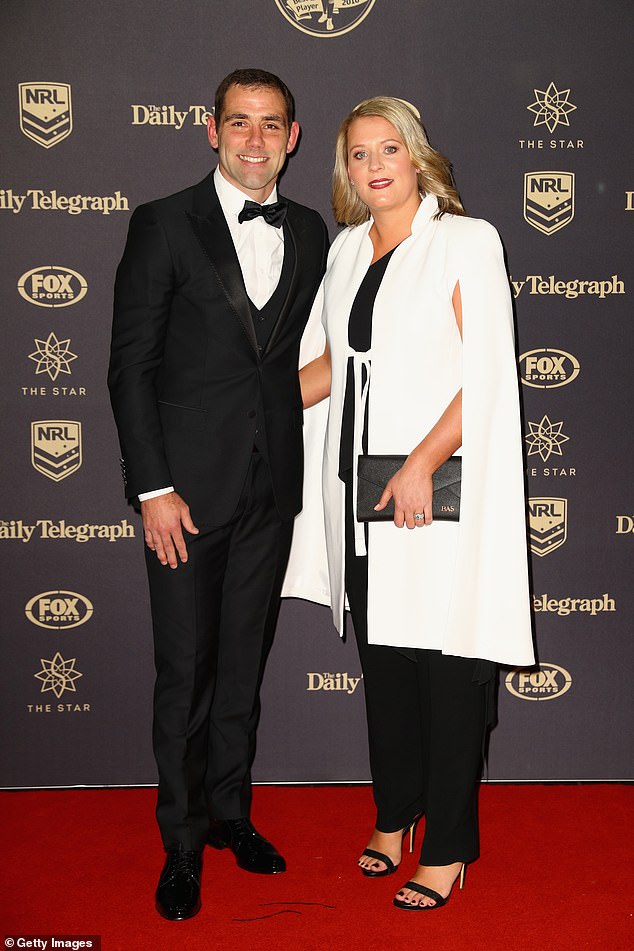 The feud between the pair also involved Billy Slater at one point, and was believed to have been sparked after a falling out between Smith’s wife Barb (pictured) and Slater’s wife, Nicole

Smith’s wife, Barb, is believed to have had a falling out with Slater’s wife, Nicole.

The latest celebration for Smith’s achievements was the second this year. He was previously congratulated for becoming the highest point scorer in the game.

Storm coach Craig Bellamy sung his praises on Saturday night after the match, where they defeated the Sharks 40-16.

‘Not only is he an icon of our sport, he is an icon of Australian sport,’ Bellamy said.

‘He is the best player I have ever seen… I have never seen anyone match what he has done.

‘For me to be his coach for 398 of his 400 games is quite surreal and sometimes I have got to pinch myself and realise how lucky I have been.’