They went public with their romance in February.

And things appear to be serious between Camila Cabello, 21, and her British beau Matthew Hussey, 31, as the couple stepped out with the singer’s mom Sinuhe Estrabao on Tuesday.

The duo coordinated in casual khaki green outfits as they strolled around the Venice Beach neighborhood of Los Angeles.

Getting serious: Camila Cabello is pictured out in Venice Beach on Tuesday with boyfriend Matthew Hussey

The former Fifth Harmony member sported a camouflage print T-shirt and sweatpants and wrapped a plaid shirt around her waist.

The Havana hitmaker finished her off-duty look with some trendy small sunglasses.

Her Essex-born beau wore a green T-shirt tucked into navy Nike shorts and covered his head with a baseball cap.

The trio stopped for some smoothies and juice as they enjoyed some fresh air in the beach-side neighborhood.

Matthew, who is a dating guru and has appeared on the Today Show as the resident love expert, recently revealed he’s ready to start a family. 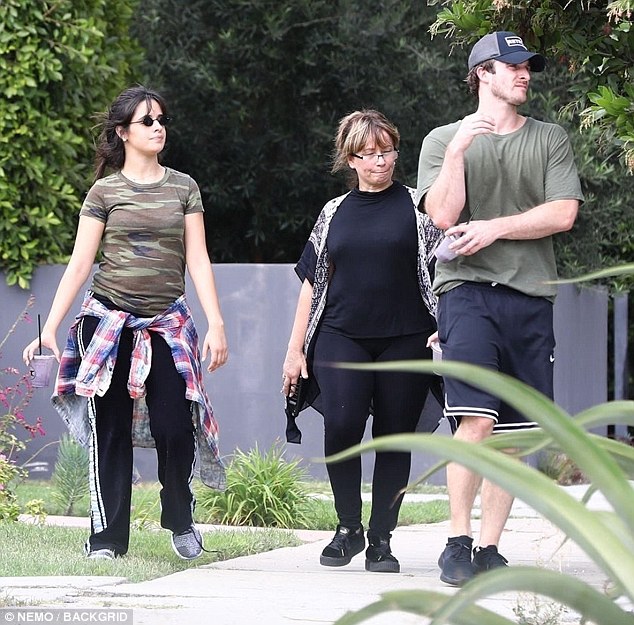 Friendly with the family: The 21-year-old singer’s mom Sinuhe Estrabao was seen out with the pair

‘When the time is right I would love to [start a family] and my mum wants me to as well,’ the relationship expert told Australian magazine New Idea in July.

‘I’ve got two younger brothers and everyone is taking bets on who will make mum happy first, but the good thing is my cousins are having babies so my mum’s got babies around her. The pressure is off us.’

He gushed of meeting the chart-topper, ‘She’s an incredible human being. I mean, we met and clicked,’ ‘One of the best dates I’ve ever had is with the person I’m with now,’ the TV personality told Who magazine.

Meanwhile it was announced on Wednesday that Camila will perform at the 2018 American Music Awards on October 9.

Camila is nominated in five categories including New Artist of the Year, Favorite Female Artist – Pop/Rock. 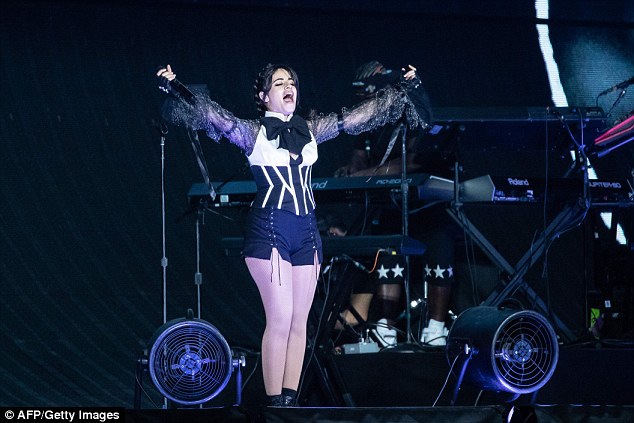 Songstress: It’s just been announced that Camila will be performing at the American Music Awards on October 9. She is pictured last month during Taylor Swift’s Reputation Tour 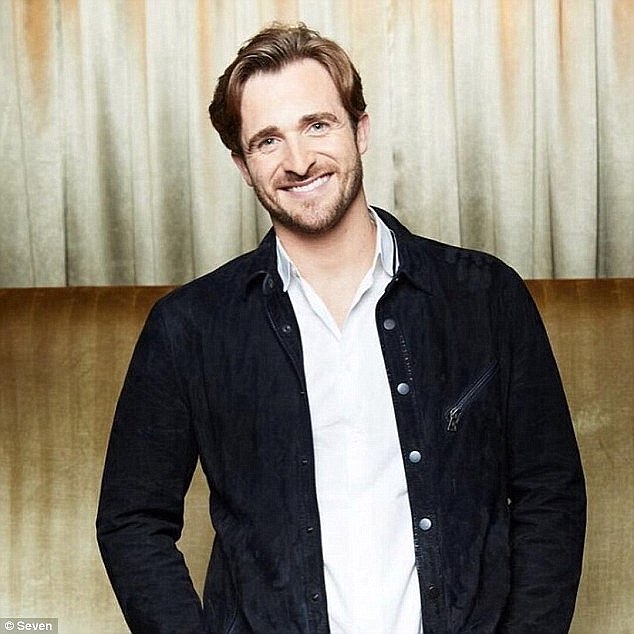 TV personality: Matthew, who is a dating guru and has appeared on the Today Show as the resident love expert, recently revealed he’s ready to start a family