There was no missing on Camila Mendes on Sunday.

The Riverdale actress, 27, put on a vibrant display in a colorful crop top and lime green jeans as she left a meeting in Beverly Hills.

Not only did the outfit show off her eye for style, but Camila also displayed a hint of her toned torso.

No missing her! Camila Cabello put on a vibrant display in a colorful crop top and lime green jeans as she left a meeting in Beverly Hills on Sunday

The star exuded cool as she strutted out into the sunshine rocking strappy wedge heels.

Upping the glam factor, she carried a petite snake print purse on her arm.

Keeping her hair fuss-free, she slicked her raven tresses back into a chic and easy bun with her shades propped upon her head.

Though she wore a face mask, there was no concealing her natural beauty. 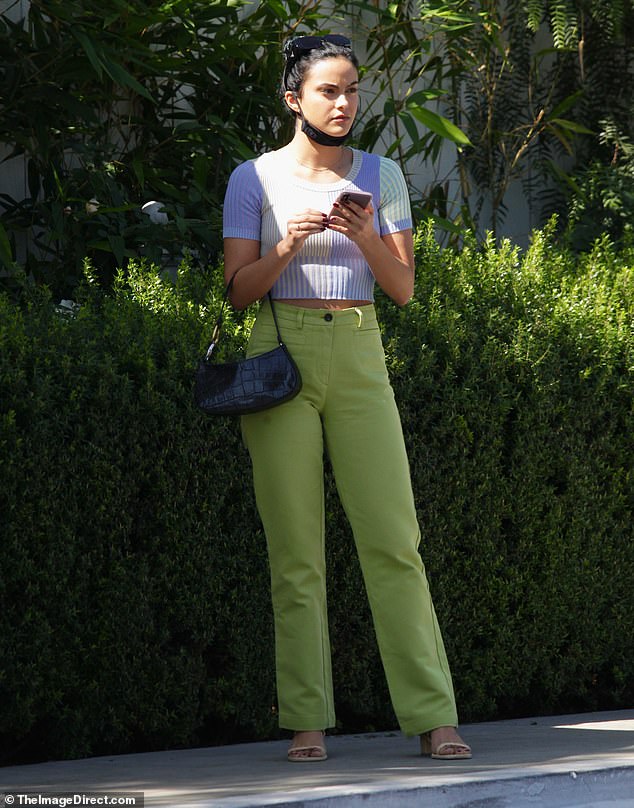 Toned and terrific! The top showcased a touch of Camila’s svelte abs

The Palm Springs actress appeared to be wearing little makeup, though her plum purple manicure injected a tough of glamour.

While fans won’t be seeing as much of Camila on small screens following the recent season five finale of Riverdale, viewers can eventually catch her on the upcoming Netflix film Strangers, which she was busy filming over the summer.

The upcoming film has been described as a ‘Hitchock-ian dark comedy’ that follows two teenage girls who team up to fight each other’s bullies. 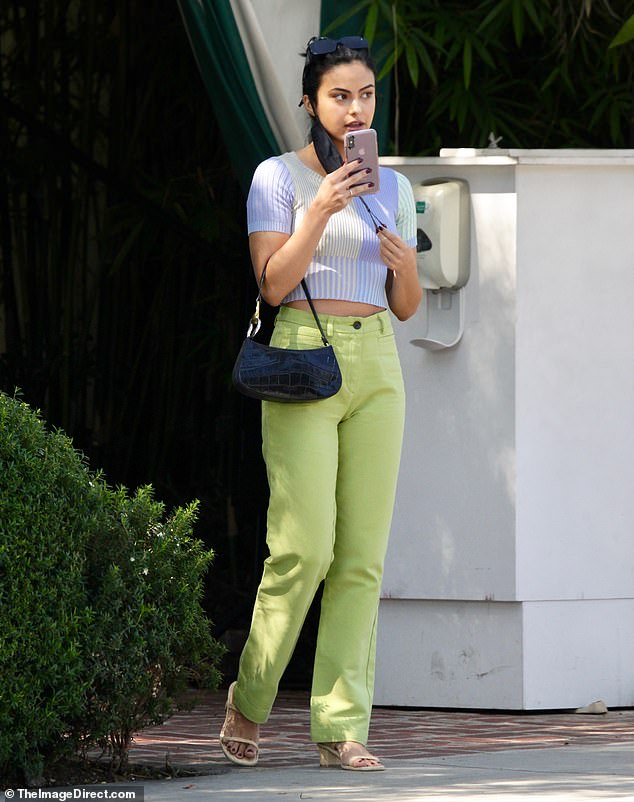 Let’s chat: She appeared to be speaking with someone on her phone as she held it by her face

The project is being directed by Jennifer Kaytin Robinson who made her directorial debut with the movie Someone Great for the streaming service.

Others actors involved in the film include Game Of Thrones darling Sophie Turner — who is said to have a smaller role. 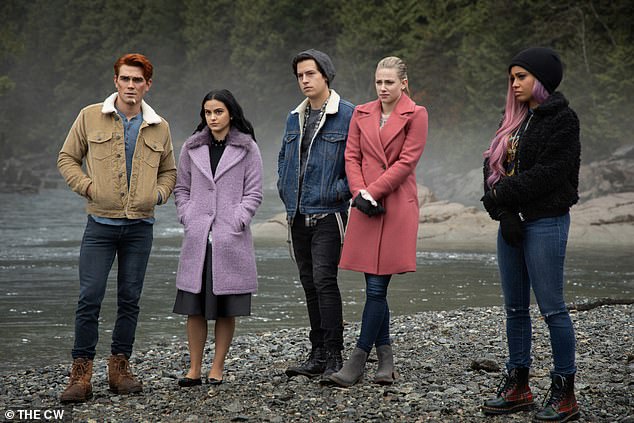