She is the glamorous junior attorney who has stolen the limelight at Johnny Depp’s epic $50million defamation trial with her meticulous cross-examination of Amber Heard.

But budding legal star Camille Vasquez, 37, was only handed the leading role at the last moment when Depp’s team vetoed a plan to have well-known TV ‘super lawyer’ Kathleen Zellner grill his ex-wife, DailyMail.com can exclusively reveal.

The Pirates of the Caribbean actor, 58, hired Zellner of Making a Murderer fame in February after binge-watching episodes of the hit Netflix show in which she battles to clear convicted killer Steven Avery.

With her decades of success in overturning wrongful convictions, Depp felt Zellner, 64, had the gravitas and experience to pick holes in Heard’s evidence.

But DailyMail.com understands his existing legal team led by experienced attorney Ben Chew cautioned against integrating Zellner into the complicated case at the eleventh hour – and the job went instead to Vasquez, an associate at Chew’s high-profile law firm Brown Rudnick. 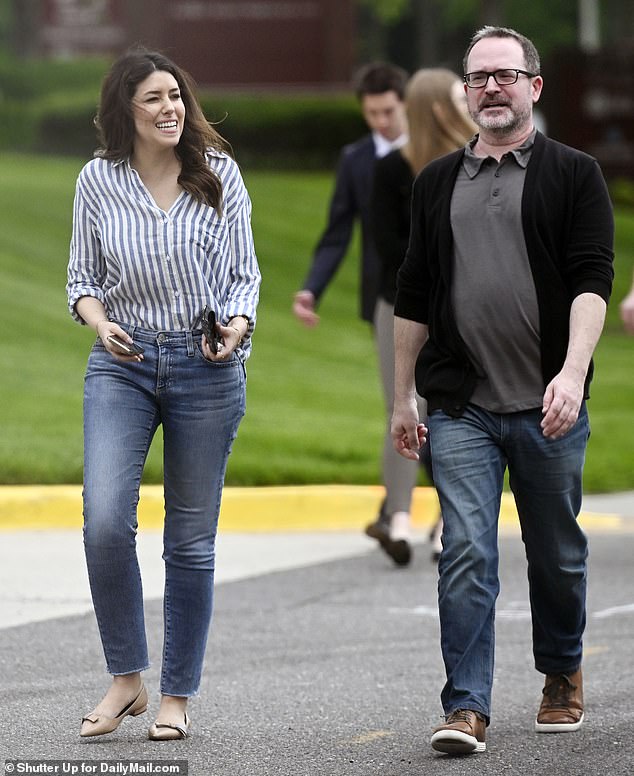 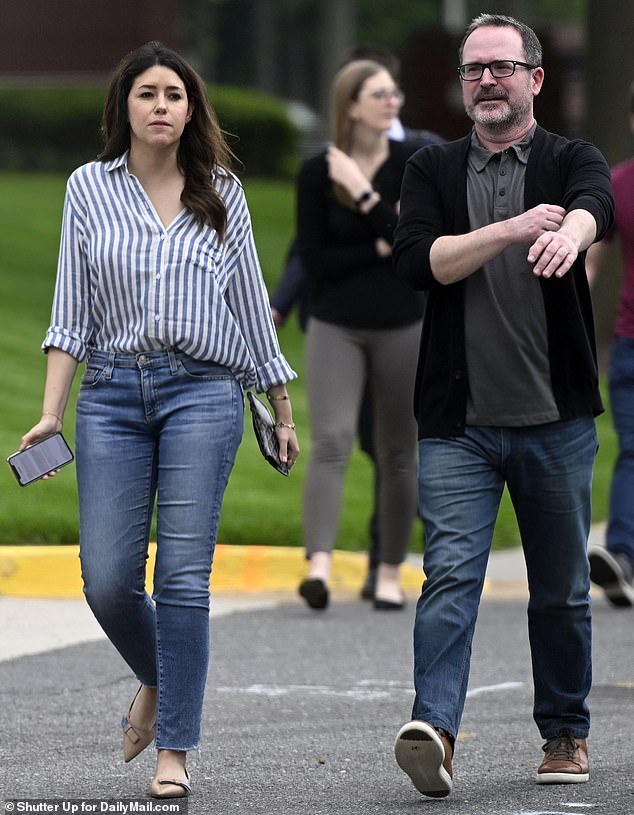 Vasquez, 37, has attracted attention on social media after her impressive cross-examination of Amber Heard earlier this week 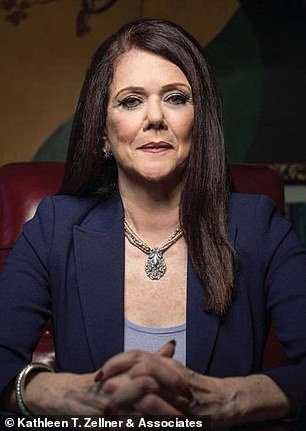 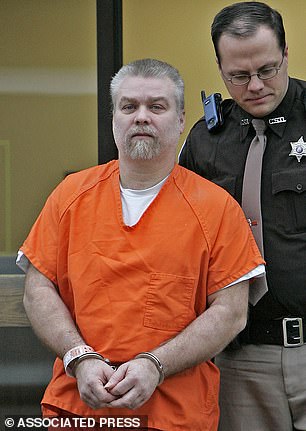 DailyMail.com can reveal Vasquez lucked out in landing the leading role at the trial after Depp’s legal team at the eleventh hour decided against using the actor’s first choice, attorney Kathleen Zellner (left) who is best known for representing convicted killer Steven Avery (right)

The Californian native has been widely praised for her forensic cross examination of Heard who is accused of defaming her famous actor ex in a 2018 Washington Post op-ed describing herself as a domestic abuse survivor.

Vasquez also sparked feverish gossip online over her supposed close connection with Depp and their ‘flirty’ body language, though reports suggest their relationship is strictly professional – and she already has a boyfriend.

‘Johnny became aware of Kathleen Zellner while watching Making a Murderer and was really impressed by her,’ dished a source.

‘The plan was always to have a female attorney cross-examine Amber and that was why Zellner was brought into the case, she had the star power and the big reputation.

‘But in reality, the decision to bring her in was taken way too late and there was no way she could have gotten up to speed in such a short space of time.

‘Vasquez is not exactly a rookie, but it’s unusual to have an associate taking charge in such a huge case. But she knew the evidence inside out and has done a great job.’

Orange County, California–based Vasquez specializes in defamation cases and was hailed ‘One to Watch’ by The Best Lawyers in America for 2021-2022.

She’s known Depp since 2017 when he hired Brown Rudnick for lawsuits against his ex business manager Joel Mandel and former attorney Jake Bloom. 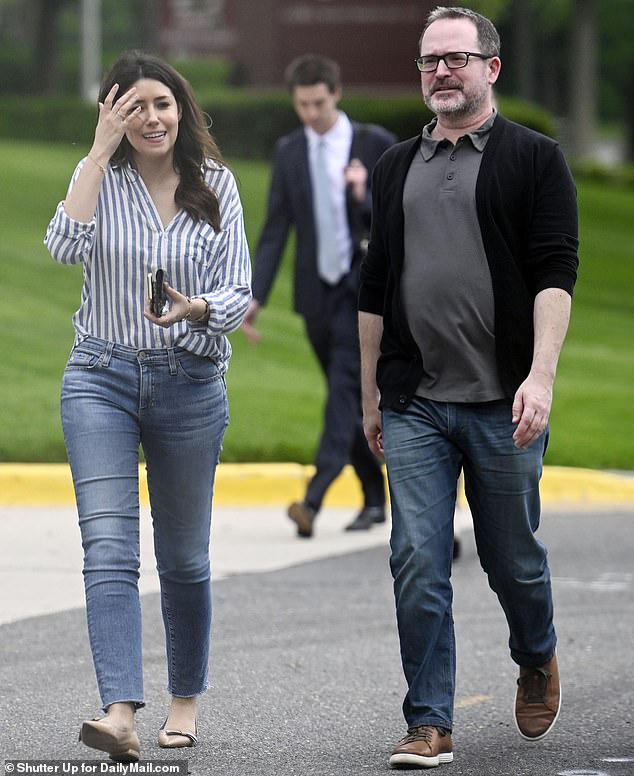 The Californian native, pictured walking alongside a fellow member of Depp’s legal team, has been widely praised for her forensic cross examination of Heard who is accused of defaming her famous actor ex in a 2018 Washington Post op-ed describing herself as a domestic abuse survivor 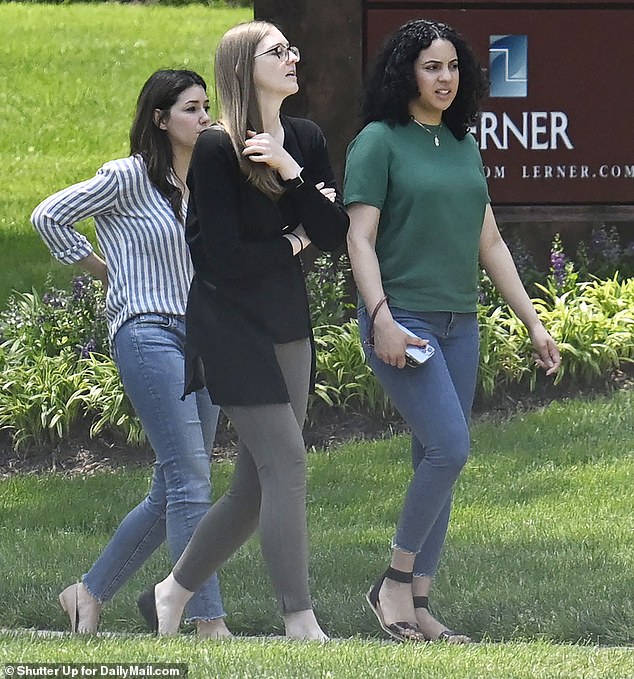 The Orange County-based attorney, pictured with colleagues, specializes in defamation cases and was hailed ‘One to Watch’ by The Best Lawyers in America for 2021-2022 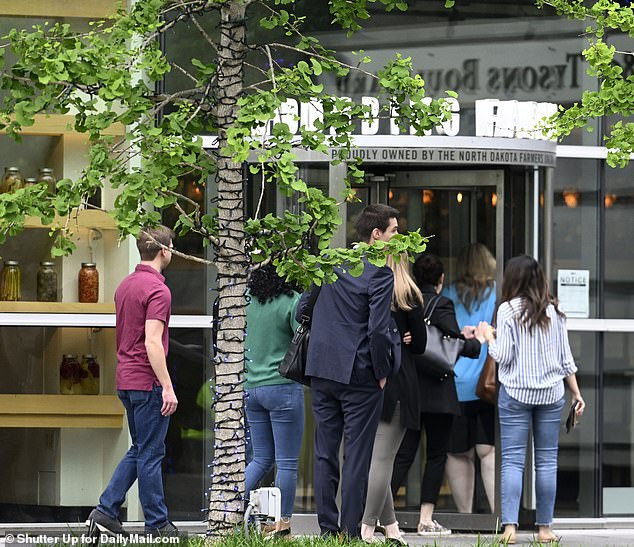 Vasquez was thrust into the spotlight this week while doggedly cross-examining Heard, 36, in one memorable exchange forcing the Aquaman actress to admit she had not donated her $7million divorce settlement to charity as she had pledged.

Vasquez and Heard also sparred over her shocking claim that Depp violated his former spouse with a liquor bottle during a March 2015 fight.

‘You’re the one who assaulted someone with a bottle in Australia, isn’t that right Miss Heard?’ Vasquez pressed. ‘You weren’t scared of him at all were you?’

Her performance did not go unnoticed by Zellner, who tweeted on May 17: ‘Camille Vasquez is the unrivaled star of the Depp trial. Her measured tone, incisive questions, total command of the facts and clear belief in her client are laudable.’

Vasquez was born in July 1984 to parents Leonel and Marilia Vasquez. They live in a $1million home in Buena Park, and her dad once owned a UPS Store in Anaheim.

She went to Southwestern Law School in Los Angeles from 2007 to 2010 and carved out a promising career before joining Brown Rudnick, which has at least nine lawyers working on Depp’s case.

Vasquez and Depp have been seen touching and embracing warmly on multiple occasions, sparking dating rumors among fanatical Depp fans who have taken to wearing ‘I heart Camille Vasquez’ t-shirts and spreading memes portraying her as Marvel superhero Thor. 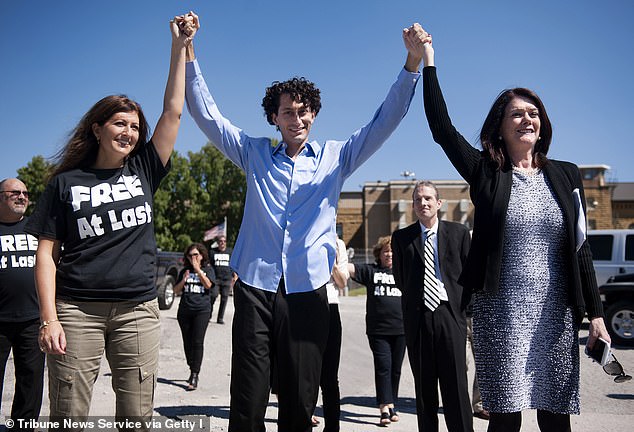 Zellner has been known for her work in overturning wrongful convictions and her appearance in Netflix’s Making a Murderer. She is pictured celebrating with client Mario Casciaro, whose murder conviction was appealed in 2015 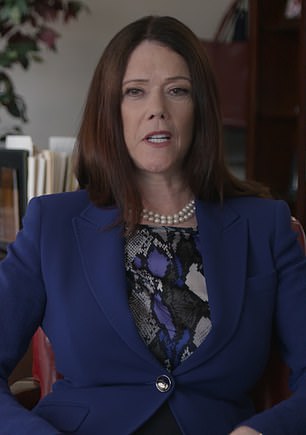 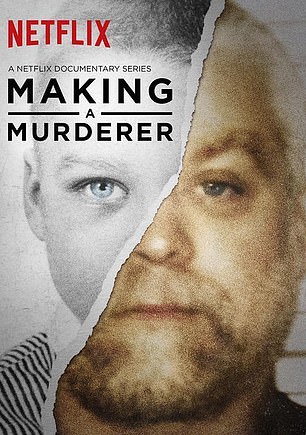 Sources told DailyMail.com Depp became aware of Zellner while watching Making a Murderer and was really impressed by her work

Vasquez’s stellar performance in court did not go unnoticed by Zellner, who took to Twitter earlier this week to sing her praises

Vasquez giggled and declined to answer this week when she was asked outside court if she was dating the veteran actor.

TMZ later reported however that the rumors were completely untrue, with people close to Vasquez telling the showbiz website she is happily dating a British realtor.

But Vasquez’s father, Leonel tells DailyMail.com exclusively: ‘My daughter is dating an attorney, not a real estate agent as reported.’

Leonel Vasquez spoke with DailyMail.com on Thursday from his two-story house in Buena Park, California.

The three-bedroom, 2.5-bathroom, 1,926 sq. ft. home is located less than a mile about from the famed Knott’s Berry Farm amusement park.

The dad said ’90 per cent’ of what has recently been reported about his daughter ‘is wrong,’ and confirmed she is dating an attorney from another law firm.

He declined to share further details and would not confirm or deny if Camille’s boyfriend is British and if the two are engaged as been reported by various other media outlets. 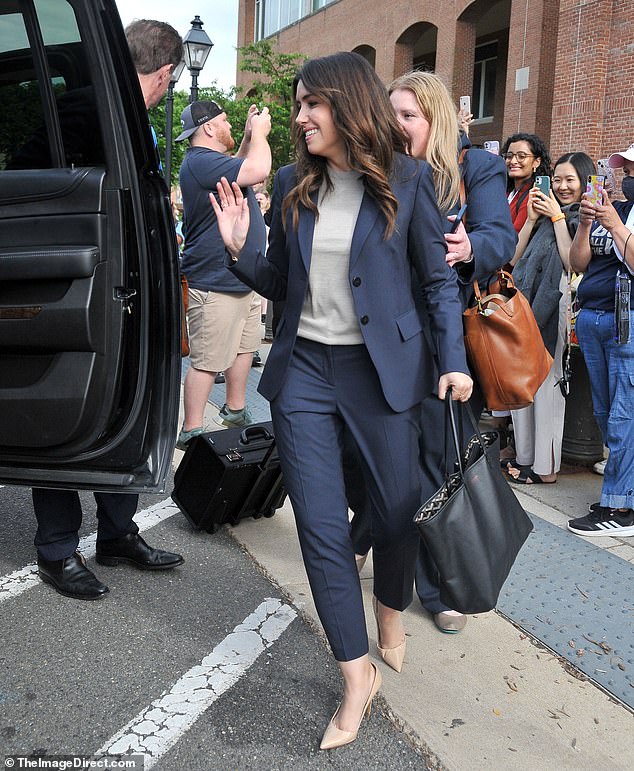 Interest in Vasquez soared after she cross-examined Depp’s ex-wife Amber Heard on Monday and Tuesday. The actor’s fans and supporters have also been seen cheering for her outside of court in Fairfax, Virginia 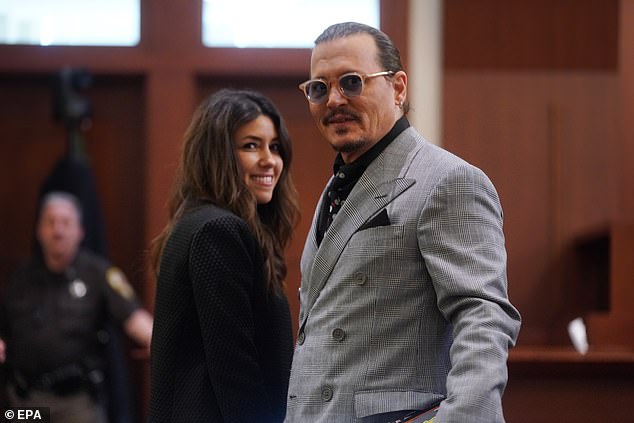 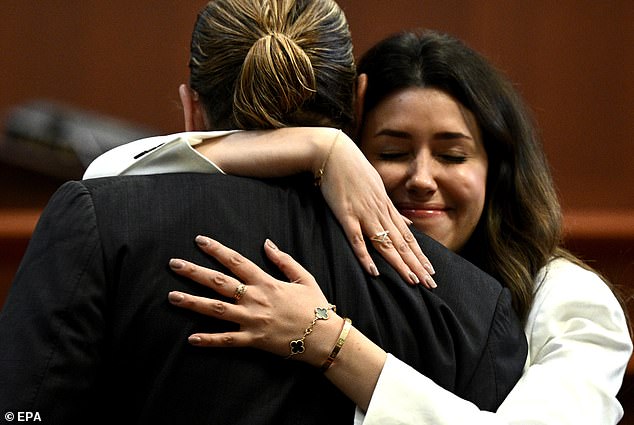 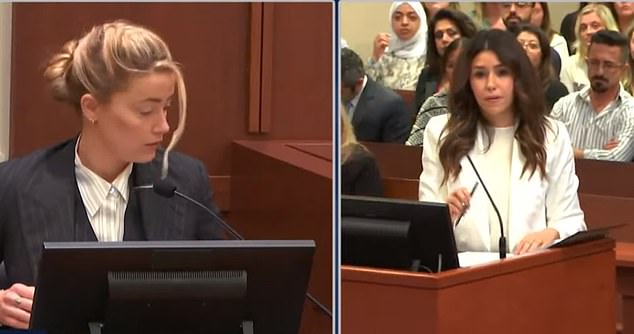 Vasquez fiercely cross-examined Heard, 36, earlier this week and in one memorable exchange forced the Aquaman actress to admit she had not donated her $7million divorce settlement to charity as she had pledged

‘Camille and our entire family like our privacy. Before the start of the trial, we anticipated some of this media attention, so we took care of it. We don’t want to opine about anything.’

Zellner did not respond to requests for comment but DailyMail.com understands she is still representing Depp in an advisory capacity.

Back in February she declared she would draw on her 30 years of ‘defending individuals who have been falsely accused of wrongdoing’ to clear his name.

‘I welcome adding Johnny Depp to that list and joining his dream team who share this view and have so effectively been advocating for him,’ Zellner said.

The Chicago-based lawyer is best known for the Making a Murderer case. Stephen Avery and his nephew Brendan Dassey are serving life in prison for the 2005 slaying of photographer Teresa Halbach. Both men maintain their innocence. 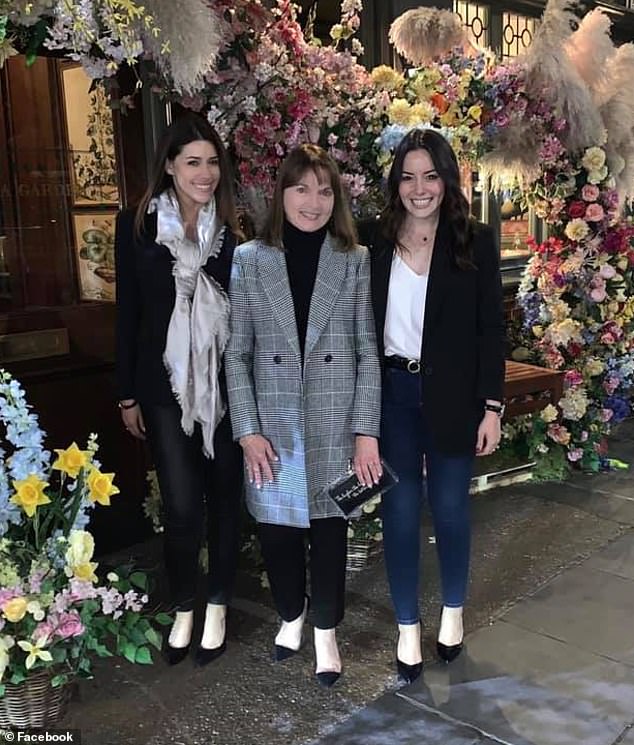 The fluent Spanish speaker went to Southwestern Law School in Los Angeles from 2007 to 2010. Above, she is pictured left with her mother Marilia and her sister Shari Directo, a pediatric doctor 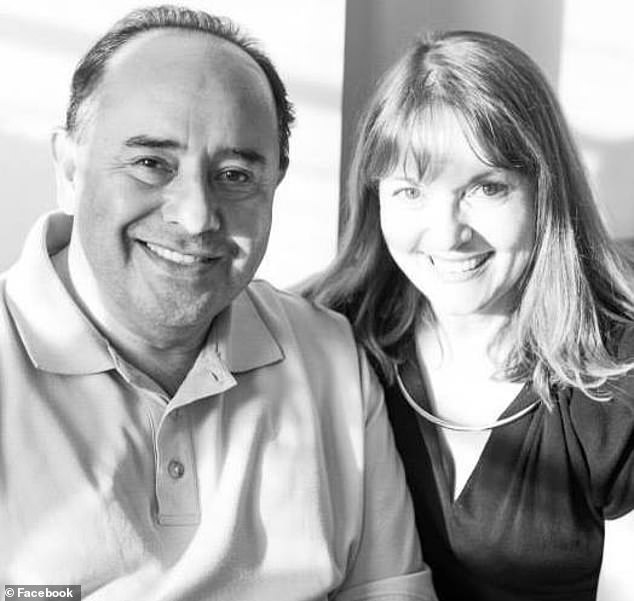 Leonel Vasquez (pictured with Camille’s mother Marilia) told DailyMail.com his daughter is dating an attorney from a different firm 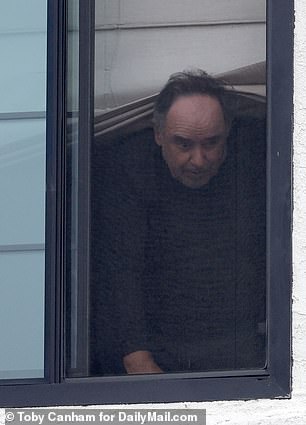 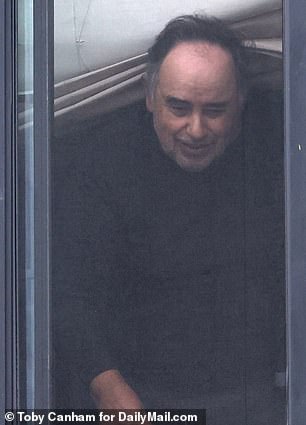 Leonel Vasquez spoke with DailyMail.com on Thursday from his two-story house in Buena Park, California

Other notable clients include Kevin Fox who was falsely accused of murdering his three-year-old daughter Riley before Zellner produced DNA proving another man was responsible.

Zellner also overturned Shadwick King’s 2015 murder conviction for the death of his wife in a jealous rage before her body was dumped on railroad tracks in Geneva, Illinois. King is due to stand trial again in June.

Depp and Heard have been squaring off for weeks over an op-ed she penned in December 2018 describing herself as a domestic violence survivor.

The article did not mention him by name but Depp sued for $50million, claiming he was axed from the Pirates of the Caribbean franchise after the ‘hoax’ account led to speculation he was the abuser.

He claims she faked injuries and lied about the infamous blowout fight in May 2016 that ended their disastrous 18-month marriage and led to a $7million divorce settlement. 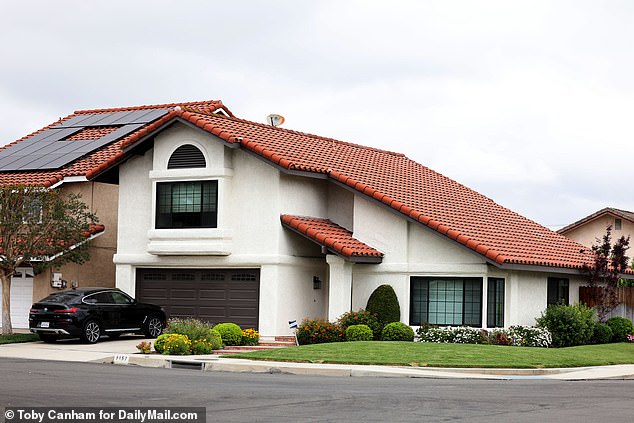 Depp is fighting an uphill battle to salvage his reputation, however, after Britain’s High Court sided with The Sun newspaper two years ago in a different defamation trial over an article calling him a ‘wife beater’.

Judge Andrew Nicol ruled that the outlet’s depiction of Depp was ‘substantially true’ and that the father-of-two had attacked Heard a dozen times, causing her to fear for her life on three occasions before their divorce.

Heard, who had a baby girl in July last year via a surrogate, is counter-suing for $100 million, claiming she was falsely labeled a liar and that her accounts of violent abuse she suffered at the hands of ‘the monster’ are all true.