The exasperated owner of a Michelin-starred restaurant has hit out a bloggers who asked him for a free meal – worth £150 – in exchange for ‘exposure’.

Garrett Byrne, who runs Campagne restaurant in Kilkenny, Ireland, shared an email he had received from a ‘brazen’ unnamed blogger asking him for two free vegan meals in exchange for ‘exposure’.

The blogger offered a specific date when the meal would be required and said they would tweet about their experiences at Campagne.

Freeloaders need not apply! Garrett Byrne, owner of Campagne restaurant in Kilkenny, Ireland, blasted a vegan blogger who asked for a free luxury meal  in exchange for ‘exposure’ by an unnamed writer 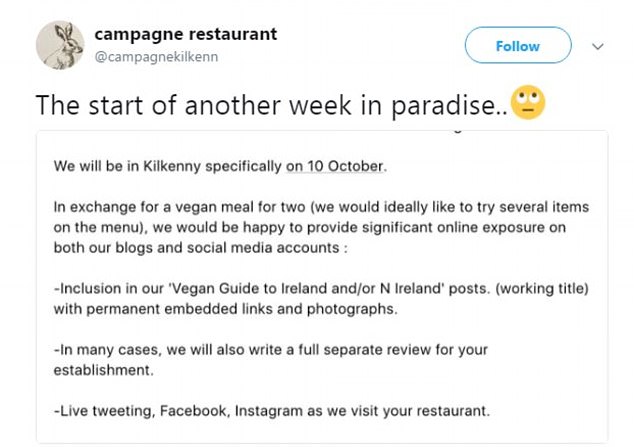 The blogger said they could offer exposure in exchange for free food, and might even give the restaurant its own separate review outside of their planned ‘Vegan Guide to Ireland’ 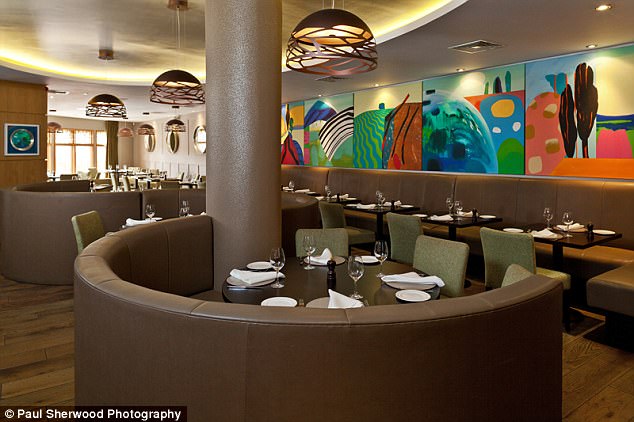 Garrett Byrne, owner of the Campagne restaurant in Kilkenny, Ireland, pictured, said he regularly gets requests from bloggers asking for free meals in exchange for publicity

Alongside an eye-rolling emoji, Garrett shared a screenshot of the email on Twitter, which has now been liked over 2,000 times.

The email read: ‘We will be in Kilkenny specifically on 10 October.

‘In exchange for a vegan meal for two (we would ideally like to try several items on the menu), we would be happy to provide significant online exposure on both our blog and social media accounts.

The blogger said they could promise the restaurant’s inclusion in a ‘Vegan Guide to Ireland and/or N Ireland’ with links and pictures of the website.

They also said they might even give them their own review and would post on social media about the establishment.

Byrne told The Telegraph: ‘I don’t normally tweet about them, but this one just struck a chord. We get about 10 per year on average.

‘I don’t think they are exploitative for the most part, it’s just I don’t think restaurants should entertain them.

Twitter users were shocked by the cheeky request, with many bloggers saying they’d never approach their business in this way

‘I see these requests throughout the year and I’ve had enough of them, so I decided to tweet it and it has pretty much gone crazy yesterday and today.’

The restaurant has few vegetarian options, with prices ranging up to €33 (£29) for a dish fillet of Hereford beef, cvennes onion, swiss chard, parmesan croquette and bearnaise.

Byrne didn’t respond well to the blogger’s request, sharing it on Twitter with the caption: ‘The start of another week in paradise.’

He also questioned how the blogger’s followers would be able to trust their opinion if give positive reviews in turn for free food. 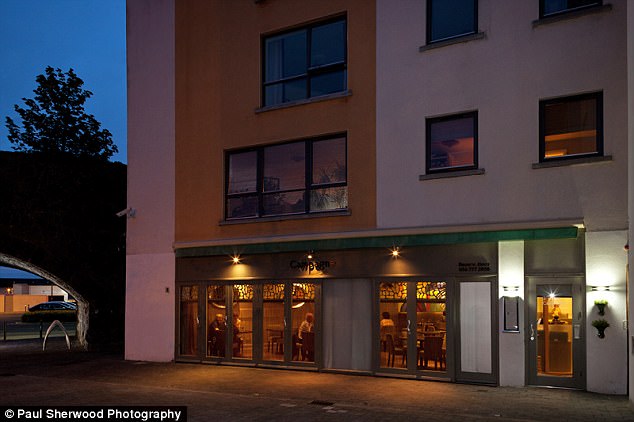 The Campagne restaurant in Kilkenny, Ireland (pictured), has a number of vegan options but is better known for its locally-sourced meats

His tweet has gained lots of attention on the social network, with many users shocked at the request.

One person tweeted: ‘Urgh. They are giving the rest of us travel writers an awful name. Trust, we aren’t all THIS bad – and idiotic.’

‘This makes me mortified to be a blogger! I never announce that I’m coming! If I like the place, I’ll have my photos and do my own thing!’ another posted.

A third wrote: ‘Everyone and their mum is at this these days, in most cases it would be cheaper to spend the money on ads! Barefaced cheek.’

‘This really embarrasses me as a food blogger. On behalf of the good ones I apologise,’ a fourth agreed.