In a treasured snap from a family photo album, Fluffy the dog sits up and begs beside his four-year-old playmate Tony Weeden.

Sadly, heartwarming moments like this one captured in 1938 did not last much longer. The following year, after the outbreak of the Second World War, Fluffy became one of the millions of beloved pets put down in Britain.

In the last days of peace, government advice saying ‘it really is kindest to have them destroyed’ caused panic. In addition, pets were not allowed in public air-raid shelters.

As the war continued, feeding pets became a critical issue due to shortages, with no rations reserved for pets.

Tony Weeden, then aged four, fondly remembers his dog Fluffy (the pair pictured in 1938) Mr Weeden, now 84, said: ‘Like many others, my parents must have decided it was crueller to keep Fluffy alive’ during the war 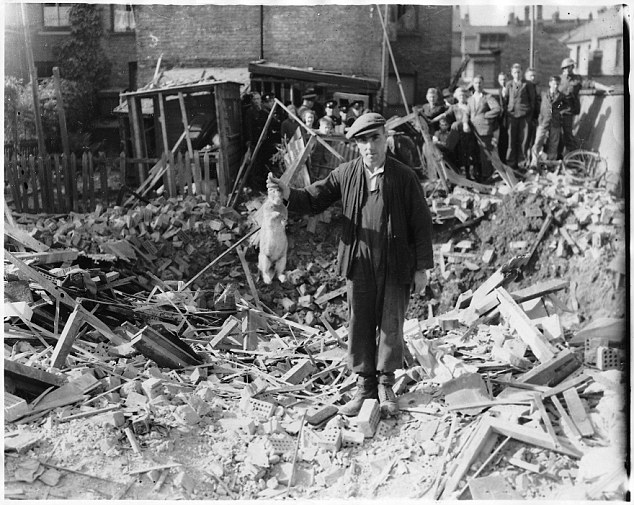 Pets were not allowed inside public air-raid shelters during the Blitz. Pictured is a live pet rabbit discovered in the bomb debris after a raid in Cambridgeshire

On top of all that, there was the deep distress owners witnessed their pets suffering as Luftwaffe bombs rained down during the Blitz.

As a result, many owners felt that it was their duty to put their pets out of their misery, either by taking them to the vet to be ‘put to sleep’, or in some cases by tying them up in sacks to be thrown in canals.

It is an often forgotten tragedy of the war – but a fundraising campaign has now been launched to build a permanent memorial to the estimated two million hidden casualties.

The idea was inspired by the recent chance find by artist Nicola White of a corroded dog tag bearing the name Bonzo while she was ‘mudlarking’, or searching for the historical flotsam and jetsam that emerges at low tide, in the Thames.

She and Clare Campbell, the author of a book called Bonzo’s War about animals’ experiences during the Second World War, aim to raise £25,000 for a bronze sculpture, which they hope to put on public display in London. 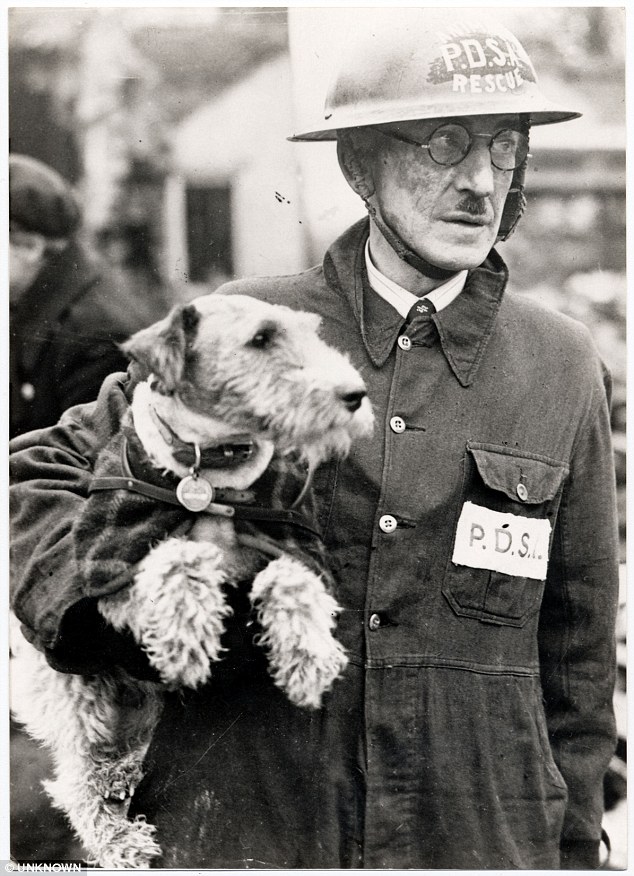 Beauty, the Blitz Heroine, being held by her owner Bill Barnet, a PDSA Veterinary Office during World War Two. Beauty used to accompany her owner through bomb damage as he searched for trapped pets in the wreckage 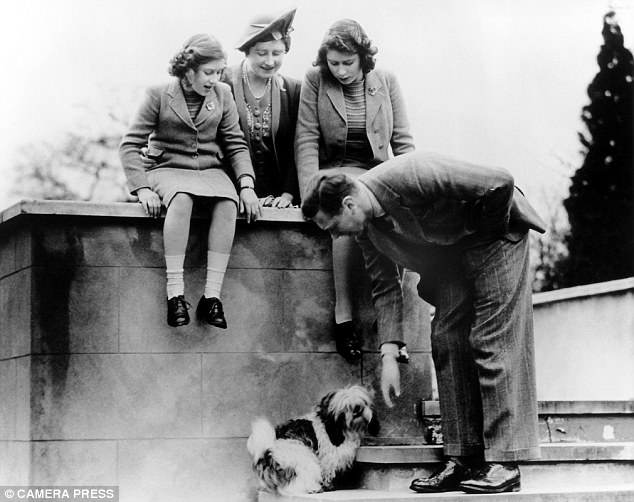 It is estimated more than 750,000 pets were destroyed in Britain in the first week of the war alone and up to two million in total before 1945. Pictured is Princess Margaret and Elizabeth with the Queen Mother and King George VI

Fluffy’s old friend, now 84, is among those backing their initiative. Mr Weeden, who lives near Marlow, Buckinghamshire, with his wife Pamela, 83, said his parents and grandparents shared a house in Poplar in the East End of London.

The photograph of him as a child standing beside Fluffy was taken in the garden of that house. The retired engineering company director can remember walking with Fluffy, then around five years old, and his mother to the local vet one day during the fortnight after the war started. Fluffy, a black and tan Welsh Collie cross, never came home with them.

Mr Weeden said: ‘I would’ve been five too then and didn’t really realise what was going on. But I remember there were lots of people at the vet’s. I remember seeing a van and dogs being taken away. Like many others, my parents must have decided it was crueller to keep Fluffy alive.

‘To my mind now, Fluffy was one of thousands of pets that were unnecessarily put down.’

It is estimated that up to 750,000 pets were destroyed in Britain in the first week of the war alone, and up to two million in total before it ended in 1945.

To donate to the planned memorial visit the JustGiving page.