Campaigner stands outside Dublin court in lingerie for consent protest

A campaigner took to the streets of Dublin on Monday wearing nothing but lingerie and bodypaint for a protest about sexual consent.

Stacie Ellen Murphy, 26, from Ballybough, Dublin was pictured striding down the streets of the Irish capital wearing nothing but her underwear and emblazoned with slogans like ‘This is not consent!’ and ‘I’m not asking for it!’

Ms Murphy’s protest was staged to coincide with the sentencing of Patrick O’Dea, 51, who was jailed on Monday for 17 years for raping Leona O’Callaghan, when she was 13, in a graveyard.

O’Callaghan was seen hugging Murphy outside the courthouse after the verdict was delivered.

Murphy later said: ‘I listened to her [Ms O’Callaghan] giving interviews and walked over towards her.

‘I asked her what she was doing and gave her a hug, telling her how brave she was.

‘She actually started crying and I was in awe of the bravery. It was so emotional and so amazing.’

Leona O’Callaghan waived her right to anonymity so O’Dea could be named in reporting the case. 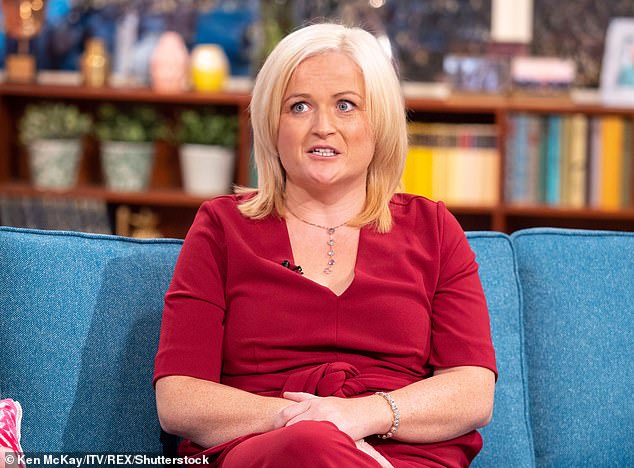 The case, in which the male accused was acquitted, was brought to wider attention on Tuesday when TD Ruth Coppinger held up a thong in the Dail chamber to highlight the outrage felt by sections of the public.

It also sparked a popular social media campaign with women posting pictures of their underwear.

Ms Murphy, 26, from Ballybough, Dublin, added: ‘I want to get across that no clothing should ever be brought up in a rape court case.’

After her protest outside the court, Ms Murphy walked up to Stephen’s Green and gave a speech about consent.

She said she received a lot of support.

She said: ‘It was amazing. It was a great response, people were coming up to me and giving me hugs. There was a girl crying.’