Campaigners are begging a South African zoo to move a ‘lonely’ elephant to a sanctuary after her mate died six months ago.

Lammie, the last African elephant at Johannesburg Zoo, and her mate Kinkel had been together for 17 years after he was rescued in the wild when his trunk got caught in a snare in 2000.

Since he died last September, animal protection groups want to see Lammie moved to a bigger sanctuary so she does not have to spend her final years alone.

The 39-year-old elephant also suffered the loss of her week-old calf, the death of her parents, the relocation of one of her brothers to a French zoo and the other being moved to a captive facility in Johannesburg.

Lammie refused to eat around the time of her partner’s death, according to the zoo, and the day before Kinkel died, she was seen trying to help him get up.

Lammie the African elephant has been ‘lonely’ since her mate of 17 years, Kinkel, died around six months ago, campaigners say 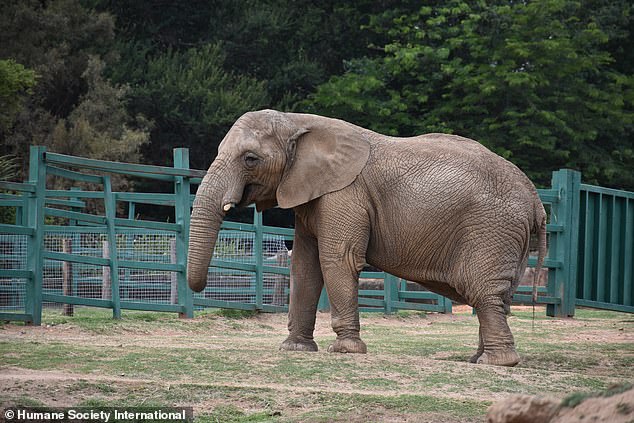 Lammie now spends her days alone in her enclosure without the company of another elephant or any distractions, say campaigners.

They say she has little enrichment, not much shade, insufficient water to bathe, appears to listlessly stand at the gate of her elephant house for hours on end and is overweight.

Elephant experts at Humane Society International/Africa, the EMS Foundation and the Elephant Reintegration Trust are concerned for her mental well-being and are urging Johannesburg zoo in South Africa.

A rewilding sanctuary willing to offer Lammie a new home with other elephants who would become her new family has been found.

But so far the zoo has resisted requests to release Lammie to the sanctuary and has instead suggested it may bring in another elephant to keep her company. 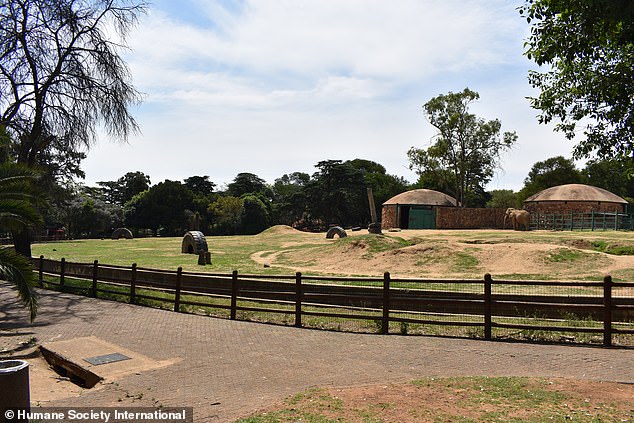 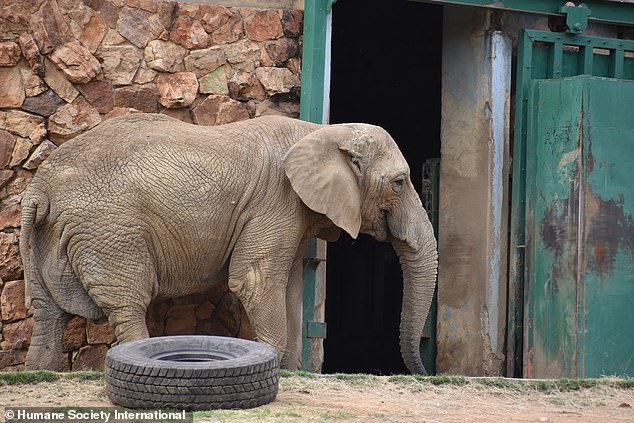 The campaigners will hand a petition of nearly 300,000 signatures to the zoo, urging bosses to transfer Lammie to the sanctuary.

A letter of support from 13 of the world’s most renowned elephant conservationists has also been submitted.

Harry Potter actress, Evanna Lynch, has added her voice to the campaign along with school children who are backing the mercy mission by sending Valentine’s card to the zoo.

Evanna Lynch said: ‘Elephants are such amazing, intelligent creatures that it is simply heart-breaking to see them reduced to such pitiful circumstances.

‘I really hope that the people of Johannesburg zoo will find it in their hearts to let Lammie live with other elephants in a sanctuary, it’s the least she deserves after years of captivity.’

Even if another elephant is acquired, the minimum recommended by a number of zoo associations stipulates at least four elephants should be in a grouping. 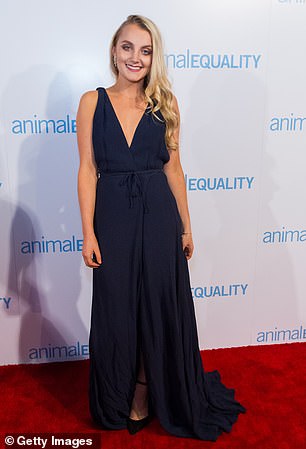 Actress Evanna Lynch has backed the campaign to get Lammie moved

Elephant experts at HSI/Africa say only having two elephants does not meet the complex needs of the animals which is why nearly 40 zoos around the world are shutting down their elephant exhibits.

‘Now that Lammie has lost her companion, she is in desperate need of a happier existence and the chance to live out her years with other elephants.

‘There is a rewilding sanctuary ready and waiting to offer Lammie a home where she can express normal elephant behaviours and thrive emotionally and physically with a group of elephants who would become her new family.

‘Acquiring another elephant would simply be repeating the cycle of suffering all over again, and seeing elephants in a sterile environment provides no educational value at all.

‘There are many zoos around the world recognising the welfare challenges of keeping elephants, so this Valentine’s day we’re urging Johannesburg Zoo to mend Lammie’s broken heart and let her go to a sanctuary where she can spend the rest of her days with others of her kind.’ 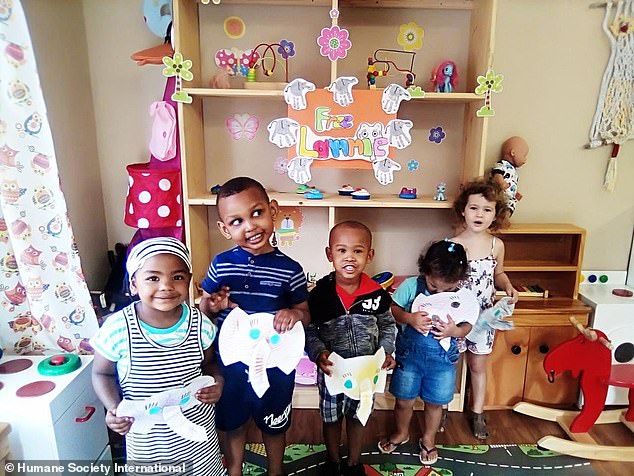 The Humane Society International/Africa, the EMS Foundation, the Elephant Reintegration Trust and schoolchildren are calling for Lammie to be moved 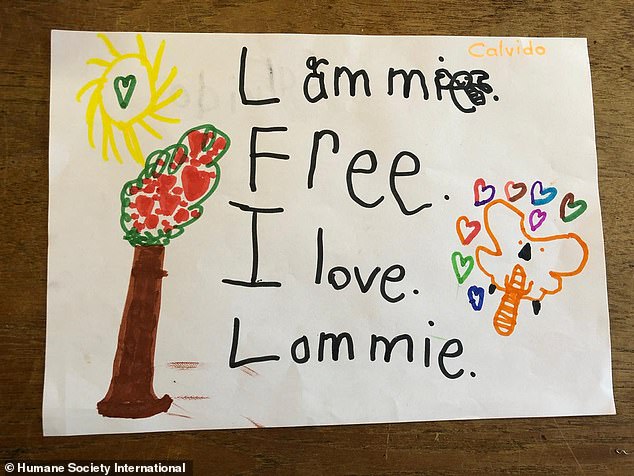 South Africa’s NSPCA, an animal welfare group, appealed for an end to ‘the endless and redundant cycle of continuously condemning elephants to captivity for many years to come’.

The Johannesburg Zoo says it serves an educational role and hosts visitors from low-income communities who don’t have the means to visit wildlife parks.

The case of Lammie, who was born in the zoo, echoes that of Happy, an Asian elephant that has lived at the Bronx Zoo in New York since 1977, including over a decade without another elephant in the same enclosure.

Some activists say Happy should go to a sanctuary with other elephants, but the zoo said in 2016 that she is ‘healthy and comfortable,’ has bonded with the people who care for her and has ‘tactile and auditory contact’ with the zoo’s other two elephants.