Can an £8 magnetic headband really crush a pounding headache?

One in seven Britons suffers from recurrent headaches or migraines which can be so severe they require hospital treatment. But, for many, home remedies can provide effective relief, according to new NHS advice.

‘Headaches are a very common, but surprisingly debilitating, condition,’ says Dr Steven Allder, a consultant neurologist and headache expert at the private Re:Cognition brain clinic in London. ‘In well over three-quarters of patients, treatment at home or from your GP will successfully fix the problem.’

But which over-the-counter products are worth trying — and which might be a waste of money? Dr Allder gives his verdict on a selection, which we then rated.

CLAIM: This rub-on menthol balm comes in a chunky, lipstick-style applicator. Applied directly to the forehead, it delivers a cooling sensation in two minutes, ‘blocking pain signals to the brain and relieving tense muscles in the head’.

EXPERT VERDICT: A small trial by the maker found that 90 per cent of people reported it effective in relieving their headache, but this isn’t a robust or independent study. This is worth trying for the odd, mild headache if you have difficulty with, or dislike, swallowing painkiller pills, or can’t use them for other reasons. But it’s not going to shift persistent migraines. 5/10 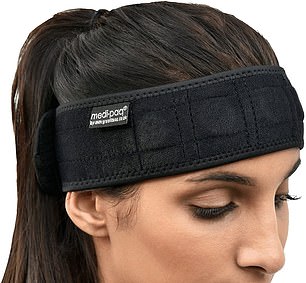 CLAIM: A ‘sweatband’ for the head that contains therapeutic magnets which the maker says provide ‘quick headache relief’. You put the band around your forehead at the onset of pain (this product is not suitable for those with pacemakers or electric implants).

EXPERT VERDICT: There’s no evidence for use of magnets in treating headaches, nor is there any sound research suggesting they would help prevent migraines. This is one to avoid. 0/10 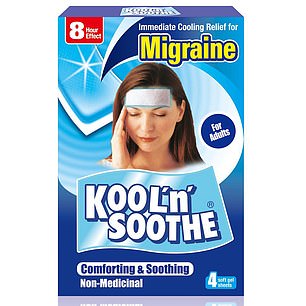 CLAIM: Soft gel sheets that you stick on your forehead which, the maker says, provide ‘immediate cooling relief to the severe discomfort associated with migraine and headaches’. The sheets are meant to provide up to eight hours of relief.

EXPERT VERDICT: Lots of patients say applying a cold compress helps with headaches — and studies suggest wrapping a cold pack around your neck when a migraine hits can reduce the pain.

We don’t know exactly why this works, but suspect that cooling down the blood as it makes its way to your brain may lower swelling and help numb the area, dulling the pain.

These are well worth trying at the onset of a migraine or headache, but any benefit will be short-lived. 7/10 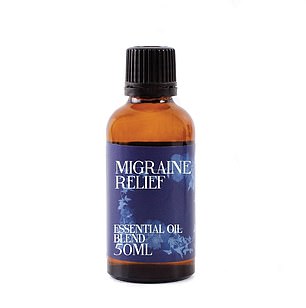 CLAIM: This contains a blend of essential oils, including lavender, eucalyptus and spearmint, that the maker says provides headache relief and reduces stress. You mix it with olive or almond oil before massaging into the affected area, or inhale it on a damp flannel.

EXPERT VERDICT: A few very small and not very robust studies have shown a modest improvement in migraine symptoms when people use certain aromatherapy oils, such as lavender.

This is thought to be down to the oils’ general relaxing effects. It won’t cure the most severe headaches but, as long as it’s not used neat on the skin (as pure essential oils can cause skin irritation), it won’t cause any harm. 4/10 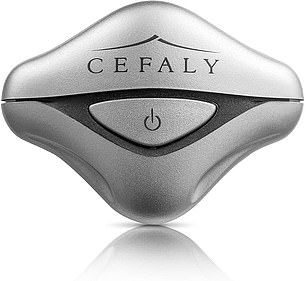 CLAIM: This space-age headband promises to deliver pain-free electric impulses to the trigeminal nerve (the nerve responsible for head pain) in the forehead, to prevent and treat migraines. It works by interrupting nerve pain signals and is approved by the National Institute for Health and Care Excellence.

EXPERT VERDICT: It’s still early days, but researchers at Guy’s and St Thomas’ NHS trust who trialled this gadget found that it cuts migraine frequency and pain by a third for 60 per cent of patients.

It’s incredibly expensive, but might be worth the cost for people who have not responded to medication, especially if migraines are making life miserable. 8/10 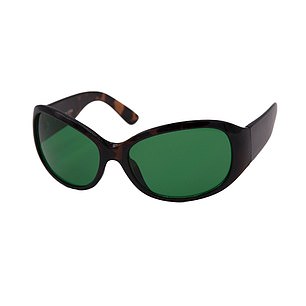 CLAIM: These are shaped like normal sunglasses but the lenses are a much brighter, green colour than normal shades — designed to absorb wavelengths of red and blue light that have been identified by researchers to trigger migraines. Approved by the charity Migraine Action, these can be worn both outside and inside when using screens that emit blue light.

EXPERT VERDICT: The research behind these glasses is pretty good — one study by King’s College Hospital in London, which developed them in 2005, found that they reduced the severity of people’s migraines and improved their sensitivity to light.

I like the fact they can be worn as standard sunglasses — although the bright green colour makes them quite eye-catching. Bear in mind they will only work for people whose migraines are triggered by light. 8/10 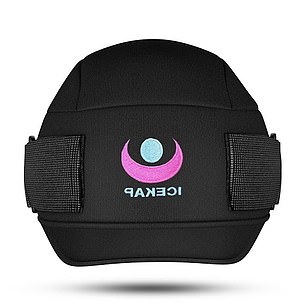 CLAIM: This fabric hat contains five gel ice packs and is worn over the entire head. It can be tightened with an adjustable elastic strap to provide a snug fit and provides ‘drug- free headache relief’, says the maker. Store in the freezer for at least two hours before use.

On the plus side, it also covers the neck area, which studies have shown to be beneficial at relieving migraine symptoms.

However, it’s very expensive and, covering the entire head and neck, could feel too cold to use comfortably for long.

As an alternative you could use a cold, wet flannel that’s been stored in the freezer. 5/10 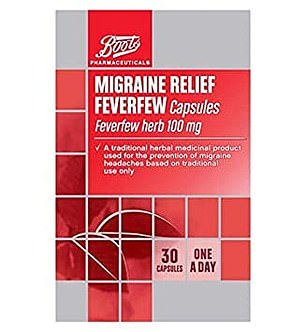 CLAIM: A herbal supplement containing the plant extract feverfew, which the maker says has a ‘long-standing use as a herbal remedy to prevent migraine headaches’. You take one capsule per day (not suitable during pregnancy).

EXPERT VERDICT: This herb is a member of the daisy family and contains a chemical called parthenolide, which is thought to reduce the number of migraine headaches by blocking the action of key brain chemicals that dilate the blood vessels and can trigger an attack.

Anecdotally, people have reported fewer migraines after taking fever- few and, in some cases, they stopped altogether.

However, when the well-respected Cochrane group reviewed the evidence, it found no significant benefit from feverfew compared to a placebo.

According to the Migraine Trust, some people who suddenly stop taking this herb after several years experience a return of their previous level of migraines — along with other symptoms such as nausea, anxiety and insomnia. For these reasons, I wouldn’t recommend it. 3/10 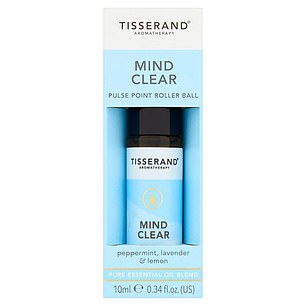 CLAIM: A blend of essential oils, including lavender, peppermint and lemon, which the maker says is a great solution when you feel stressed and ‘your head is heavy’. Roll on to the temple, neck and behind the ears as and when needed.

EXPERT VERDICT: Another aromatherapy-based product that may help with relaxation thanks to its lavender content. The mint oils may also produce a cooling effect on the skin, providing some temporary and mild relief.

It won’t cause any harm, feels and smells nice and could be useful for easing the occasional, mild tension headache while you’re out and about.

Also, because it is already mixed and in a handy rollerball applicator, it’s easy to use and there’s no danger of irritating the skin. 5/10 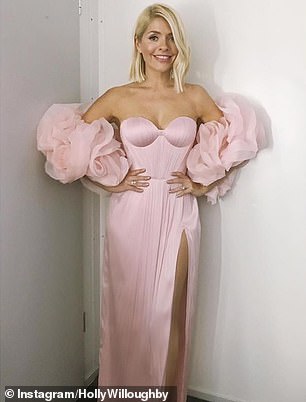 Holly Willoughby, 39, revealed a toned décolletage during a pre-lockdown night out. The TV presenter and mother-of-three is discreet about her diet and fitness routine but is known to practise Pilates daily.

WHAT TO TRY: The lying chest press is great to target muscles in the upper-body that will help tone your décolletage. Lie on your back, with your knees bent and feet flat on the floor.

Holding a weight in each hand and with palms and knuckles facing your feet, push your arms upward so that elbows straighten and the weights meet at the top of the move.

Slowly bend your arms and lower them back down to the sides, so that elbows are parallel with your shoulders. Lower until your elbows almost touch the ground and then repeat the movement. Perform as many of the exercises as you can in 40 seconds and repeat four times.