Can I claim PPI compensation on behalf of my late mother?

My mother passed in 2014 and likely could have claimed for PPI from multiple credit cards. Could I make a claim on her behalf?

PPI compensation: Can you submit claims on behalf of a late relative?

Gareth Shaw, money expert at consumer rights group Which?, replies: Yes, a claim certainly can be made for Payment Protection Insurance that had previously been mis-sold to a deceased relative, as an assessment of whether they were mis-sold to will still have to be made.

The claim will need to be handled by the executor of the deceased’s estate. You will need all of the relevant paperwork related to the mis-sold PPI if you are your mother’s executor, or you should pass it on to whoever has that role.

Do you qualify for PPI compensation and how do you make a claim?

A PPI claim is a complaint to the PPI provider. Even if you think you wouldn’t have paid it, the point is that it was often added anyway without your knowledge.

To make this complaint, you can contact the bank directly yourself as they have set up their own PPI complaint departments, to handle the sheer volume of claims they have received. 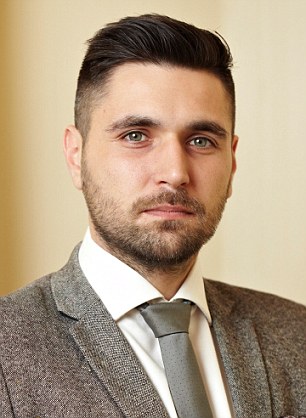 Gareth Shaw: Claims will need to be handled by the executor of the deceased’s estate

Reclaiming mis-sold PPI can be a relatively quick and easy process. However, it is important to note that earlier this year, the Financial Conduct Authority confirmed that consumers that had been mis-sold PPI will only have until August 2019 to claim the money they are owed.

There are several ways to qualify for compensation for mis-sold PPI. If the insurance was an option but this was not made clear to you, then you may be eligible for a claim.

If the adviser did not tell you about any significant exclusions under the policy – for example, a pre-existing medical condition – then you may be able to make a claim.

Some consumers were not informed by their adviser that they would need to pay for the insurance upfront in one single payment. If this happened to you, then you could potentially be in line for compensation.

The adviser should also have told you that you would continue to pay interest on the insurance premium, even after the insurance expired.

You can also complain if you think your provider earned a high level of commission from selling you PPI and this was not made clear to you when you bought it.

Should you use a PPI claims company or do it yourself?

There is no need to use a claims management company to claim PPI compensation. These companies can charge a high percentage of your compensation that leaves you with a smaller slice of the money, and they won’t necessarily do anything beyond what you can do for free.

Which? has a PPI claim tool that is a simple online form that guides you through the information needed to make a claim. It can also be used to submit the claim directly to the PPI provider. Other similar tools are available.

Additionally, it is worth noting that it is not advisable to use a claims management company if you are in arrears on other debt with a provider you make a claim against.

Often banks will use the money to clear or reduce the debts. If this happens, you won’t see the cash, but the claims company will still want its fee, which will have to be paid from your own funds.