Can I claim some of my husband’s pension after a 27 year separation?

I have been separated for 27 years. Our marriage lasted 13 years before we separated.

My husband took early retirement at the age of 55. That was six years ago.

I have never known if I was in the right to claim some of this pension so would just like to ask the question. Would I have to file for divorce?

I am 63 and still working and wondering when I come to retire would he then be able to claim some of my pension?

Approaching retirement: Can I claim some of my husband’s pension after a 27 year separation, or would we have to divorce?

Tanya Jefferies, of This is Money, replies: Most people need to overhaul their finances at retirement.

It is therefore understandable that you are now considering whether to stay separated or finalise matters with a divorce to get your affairs in order in the next few years.

There are various issues that you will need to weigh up, and a divorce lawyer explains your options below.

Many people do not realise the importance of having a final financial order when they divorce, particularly when a separation is amicable and there are few assets at the time of the separation.

However, until there is a financial order, technically, both your husband and you have the ability to make financial claims against each other, even if your marriage is dissolved if you have not remarried.

What rights do you and your husband have to each other’s pensions? 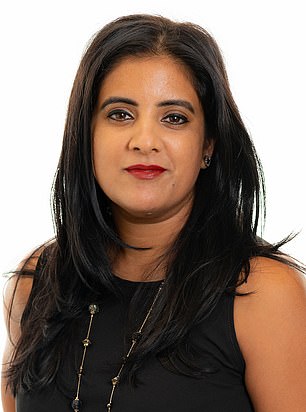 Irpreet Kohli: Until there is a financial order, technically, both your husband and you have the ability to make financial claims against each other

There is a common misconception that when couples divorce, everything is automatically divided equally.

This is not the case – the court will consider a number of factors to consider what the most fair division of your assets, income and pensions should be.

Those factors include the length of your relationship, what assets and income you each have and what your plans are after your separation.

In your case, given that 27 years have passed since separation, the court would firstly need to understand why a formal financial claim was being made now and what has changed since you separated.

They would then consider whether it is appropriate for you to have any share of your husband’s pension and that would only be likely if there was a real ‘need’ for you to be given that share.

You mention that you have your own pension and as you are still working, you may be continuing to pay into that pension. Again, technically, your husband could claim a share of your pension.

If there is a discussion about whether the total pensions should be shared, it is highly likely that a pension actuary would be needed to advise on what the value of the pensions were at the time of separation as both of you could argue that anything that you built up after you separated shouldn’t be shared.

A court would be sympathetic to this view and would only divide post separation assets if one of you really needed them.

If you did want to finalise matters now and there was to be a pension share, you would need to have a final divorce order and a final financial court order to enable any agreed pension sharing order to be put in place.

What happens to your pensions if you don’t divorce?

I would also flag, particularly when couples are considering a divorce later in life that some pensions have a ‘widow or widower’s pension’ which can be more generous than anything you would get from a pension share.

If you have not formally divorced, you might still be entitled to that widow’s pension as you remain your husband’s spouse, and he might be entitled to one from your pension.

However, this depends on what type of pensions you and your husband have, and what ‘expression of wishes’ you might each have made with your pension schemes.

What about your other financial assets?

Any final financial order would also deal with any other assets, such as property, savings and cash, that you each had.

It would also deal with your incomes and whether there should be any maintenance.

In reality, given the length of your separation, it is likely that you would each keep your own assets and income given that you have managed your finances separately until now, unless you can demonstrate a real need for something else to be put in place.