‘I do not understand,’ Jurgen Klopp told reporters after Liverpool arrived in Bangkok during their pre-season tour.

‘People told me about this discussion but the last thing that would have crossed my mind is that we have to sign another midfielder.

‘We can go through it. Where do you want to start? So, Fabinho, Henderson, Thiago, Milner, Keita, Jones, Elliott, Carvalho, Oxlade-Chamberlain – now you tell me what kind of player are we missing?’

There’s no doubt the Liverpool manager has remained steadfast in his position that the Reds do not need to sign a midfielder this summer. 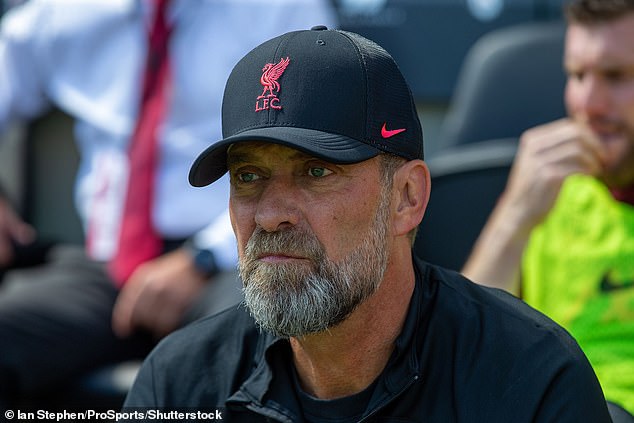 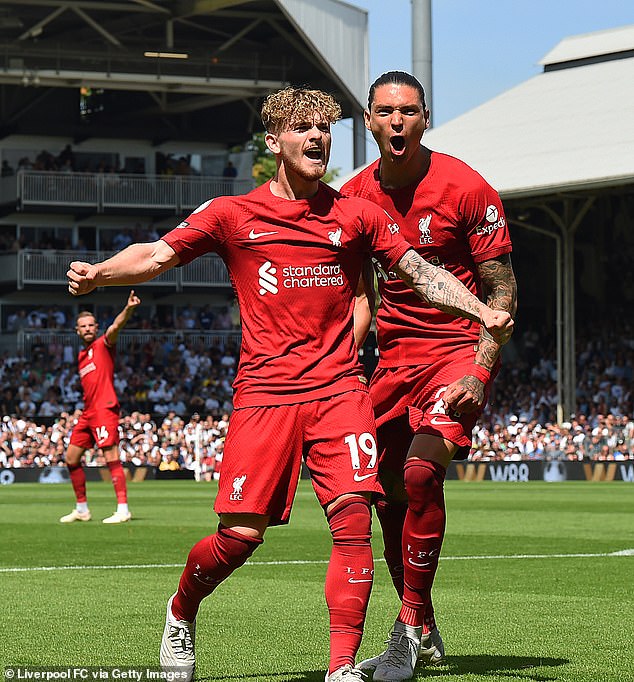 The injury crisis is likely to provide opportunities for Harvey Elliott, who has signed a new deal

However, after an underwhelming opening day 2-2 draw with Fulham and injuries piling up, the debate has only intensified with Klopp now left with just five senior fit midfielders to call upon and facing pressure to dip into the transfer market.

The sight of Thiago Alcantara hobbling off during the second half at Craven Cottage is what Liverpool fans dreaded. It was later announced that the Spaniard is set to miss six weeks with a hamstring strain.

There are serious questions over whether the German can afford to stick to his principles that there is no need to add more depth in the centre of the pitch.

The noise continues to build that Liverpool have left themselves short ahead of another gruelling campaign.

Klopp’s senior options in midfield are now Jordan Henderson, Fabinho, James Milner, Keita and Harvey Elliott. Fabio Carvalho is potentially an alternative but is seen by Klopp as more of an attacking player, demonstrated by the Portuguese under-21 international replacing Luis Diaz further forward at Craven Cottage.

The loss of Thiago is significant with the Spaniard immense when fit last season and rightfully named in the PFA Team of the Year.

Henderson will be required to step up even further in his absence but, now 32, the former Sunderland man is perhaps slightly past his best. Similarly, Milner’s durability never fails to amaze but it is a tough ask to rely on someone who will turn 37 this campaign.

Keita, who missed the Fulham clash with illness but is expected to be back for Monday’s game against Crystal Palace, has flattered to deceive while at Anfield and struggled for consistency and fitness. 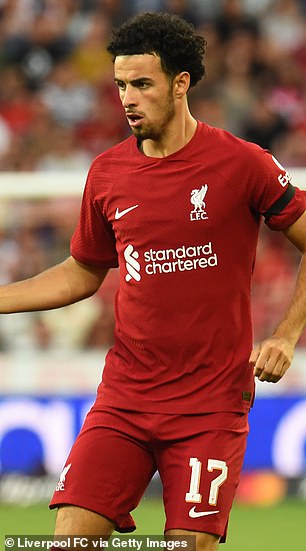 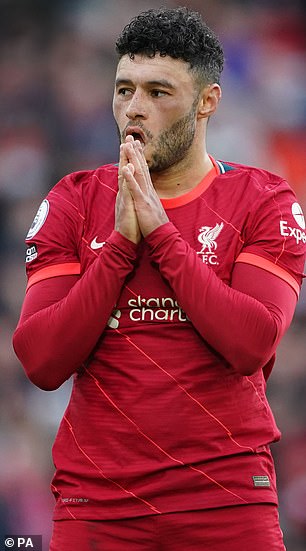 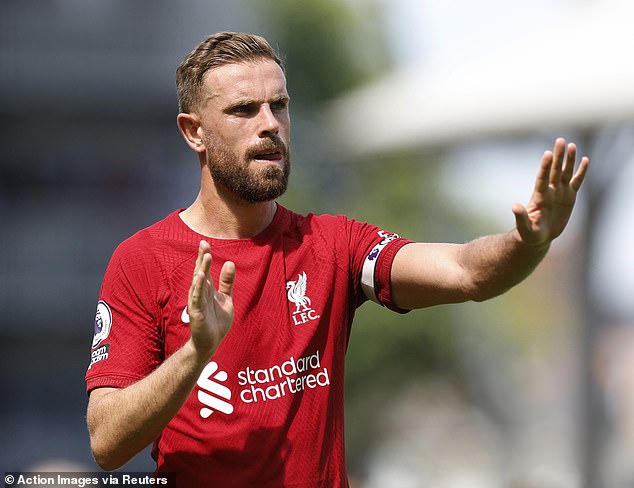 Elliott, who signed a new long-term deal on Thursday, is an extremely exciting prospect at 19 and continues to impress but, like Milner, it is a tall order to rely on a midfielder either at the start or back end of their career.

In spite of a poor showing on Saturday, Fabinho has immense quality and the Brazilian is the only option of the five who could arguably be seen as at the peak of their career.

The pressure is heightened after Saturday which already seems disastrous after Man City looked so impressive against West Ham.

It was draws like this which cost the Reds last season, and led to them missing out on the title by just a point.

The Reds struggled after the starting midfield performed so poorly, with Fabinho, Thiago and Henderson losing possession 22 times on Saturday and Fabinho subbed less than an hour in. 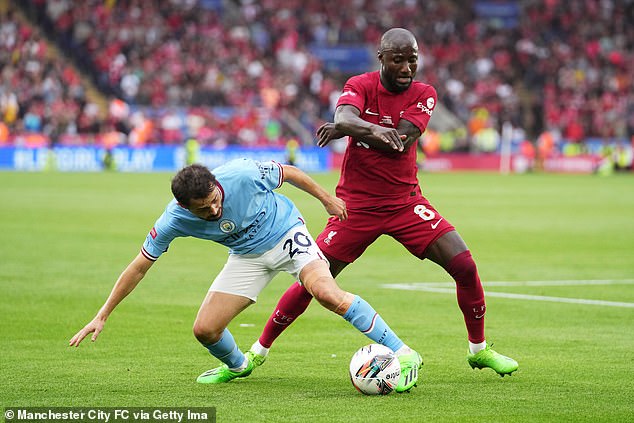 There is also a strong case that a new midfielder is needed not just due to the injuries but as part of Liverpool’s succession planning.

Oxlade-Chamberlain and Milner are out of contract at the end of the season, with the pair likely to depart, while Keita is yet to extend his deal which runs out next summer too.

The potential to lose three midfielders at once is far from ideal and pushes the case for the Reds to add one option this summer and then their preferred target, Jude Bellingham, next year.

The Bellingham angle is an interesting one with it widely reported the Reds aren’t making a move for a midfielder this year due to waiting for the Borussia Dortmund star to become available in 2023.

Liverpool are favourites to sign the England midfielder next summer but any potential move in this window was always unlikely due to Dortmund already losing Erling Haaland. 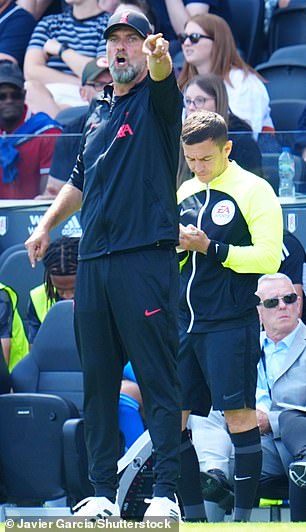 But the interest in Bellingham and Aurelien Tchouameni, the latter of whom signed for Real Madrid after the Reds missed out, demonstrates there is an acknowledgment of the need to add a midfielder.

And while waiting for exactly who they wanted has worked for the club before with Virgil van Dijk and Alisson the most notable examples, the remaining options, coupled with the hugely intense start to the season ahead of the World Cup, means the risk of not adding someone is high.

Tyler Morton and Leighton Clarkson, two of Anfield’s most promising young midfielders are also out on loan this season at Blackburn Rovers and Aberdeen respectively.

While this is no doubt the best for their long-term development, having the two youngsters available would supplement Klopp’s limited options right now.

Stefan Bajcetic impressed in pre-season and featured on Saturday’s bench after being rewarded with a new long-term deal.

But at just 17, it is a huge step up into competitive Premier League encounters.

Summer addition Calvin Ramsay can also play in midfield, but an out of position 19-year-old right-back is not the best option for a side with aspirations of the quadruple.

However, one may say this injury crisis is what a squad is for and that eight midfield options when all fully fit is excessive.

It is also easy to forget for all of Thiago’s undoubted class, the playmaker has faced injuries at the club before – the Spaniard played just 25 out of 38 league games last season. 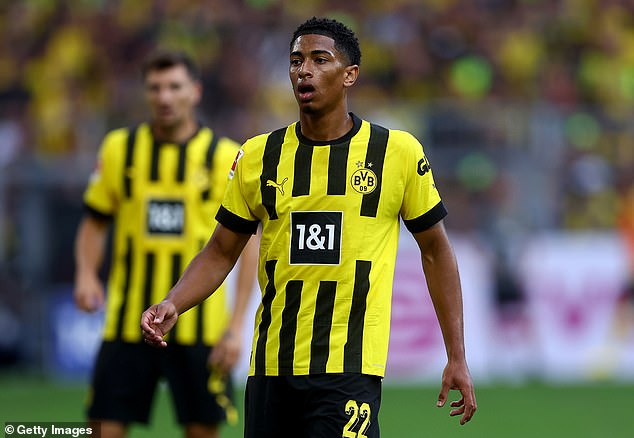 Similarly Oxlade-Chamberlain barely featured in 2021-22, with his final league appearance in February despite being fit for the end of season run-in when he regularly failed to make the matchday squad.

Elliott and Carvalho now also have a perfect opportunity to develop and contribute and a new midfielder would potentially stunt their development.

In the back of Klopp’s mind may also be the time when the Reds had an even worse injury crisis, this time in defence, and panic bought Ben Davies and Ozan Kabak in January 2021.

And the German, speaking after Saturday’s game, reaffirmed the bigger picture when signings are being drawn up.

He said: ‘Look, a transfer must make sense now and in the long term; we have eight midfielders, we still have enough midfielders. 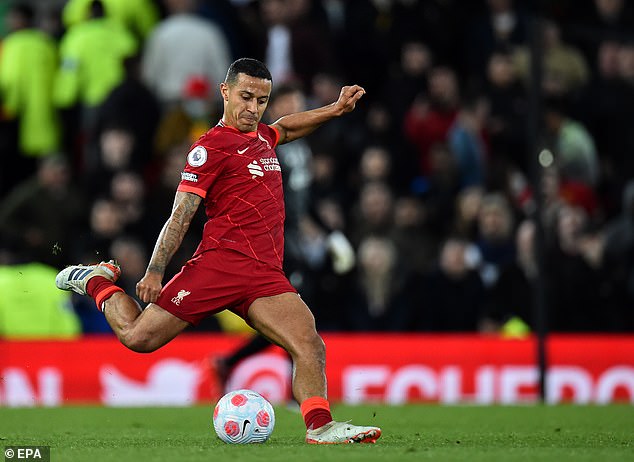 ‘It’s not that we lack midfielders, but it’s just that some of them are injured.

‘And I know, part of the football business is not getting nervous. We are not. But this is not a good situation, I don’t like it at all.

‘We have to see how we react to that – but for sure, not panicking.’

The lack of midfielders may also give Klopp an opportunity to be more adaptable.

The 4-2-3-1 formation has been trialled on occasions and to alleviate the pressures on his depleted stock is something the Reds could play again.

This could suit players like Roberto Firmino, Elliot and especially Carvalho.

The former Fulham youngster excelled in such a role last season with 18 goal contributions as the Cottagers romped to the Championship title. 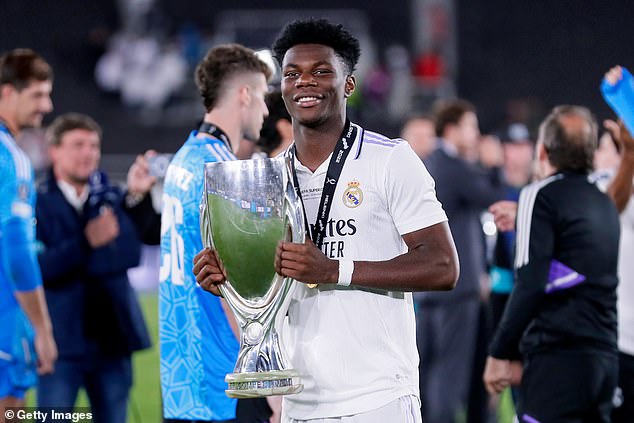 However, there is no doubt the heavily depleted midfield options at Klopp’s disposal is extremely worrying.

As the Reds face a gruelling schedule that will see them play 16 Premier League games, six Champions League group games and a Carabao Cup fixture in just three months before the World Cup, there is a strong case to argue that Klopp is taking a huge risk by not signing someone.

But the German has more than enough credit in the bank and will hope his remaining options fill the void, while desperately encouraging his medical team to help the injured players recover as quickly as possible.

The Liverpool manager will have to live by his decision though – even if it risks the Reds being left behind in the title race.