Theresa May is going to regret the day she sacked Damian Green. Not because it weakens her politically – she is ending the year in a much stronger position than seemed possible even a month ago. Nor because she has lost a close political ally – she and Green were Oxford contemporaries, but the strength of their friendship has been overplayed.

What will haunt her – in the shape of a tall, slightly stooped and balding Banquo – is her decision to make the puritanical edicts of the Ministerial Code the inviolate benchmark of probity within her government. And the slow realisation that she has opted to march into battle with her trusty sword of truth against opponents wielding populist, post-truth flame-throwers.

The Prime Minister is an anachronism. When the history books of her premiership are written, they will show she was a good woman, in the right place, at the wrong time. 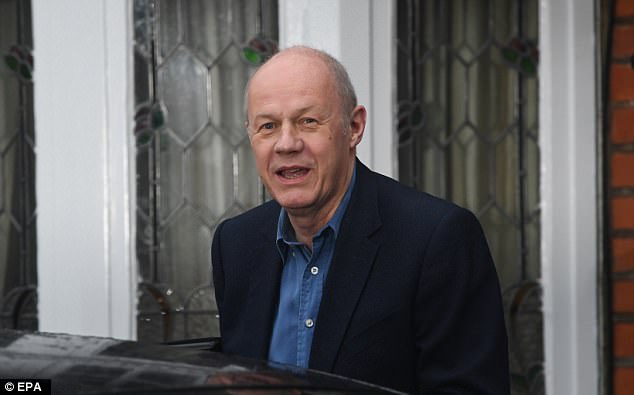 It is part of her appeal – she reminds people of a golden (if mythical) age when integrity and humility were the glue binding the British body politic. But last week she made a significant – if heroic – blunder. It was not dissimilar to the one made by John Major when he decided to lecture the British people: ‘We must go back to basics and the Conservative Party will lead the country back to those basics right across the board.’

The ‘Greengate’ saga took a dramatic turn on Thursday after Tory activist Kate Maltby alleged that she told a Downing Street aide about her ‘experiences’ with Damian Green and was informed it was part of a pattern by the former deputy to Theresa May, who ‘knows’ about his behaviour.

I now understand the anonymous aide was Stephen Parkinson, a well-respected and long-standing adviser to the PM.

The inquiry into Mr Green’s conduct stated Ms Maltby was a ‘plausible’ witness. But friends of Mr Parkinson categorically deny he uttered the words attributed to him.

‘Stephen is adamant he never said that to Kate Maltby,’ one tells me. ‘He’s a man of great integrity. If he says that, I believe him.’

Mrs May was prepared to sacrifice Mr Green over the controversy, but I’m told she is standing resolutely by Mr Parkinson.

Speak to the Prime Minister’s allies and they will tell you she had to axe Green. ‘Imagine if she’d stuck with him after two independent assessments had found he’d breached the code by lying,’ says a No 10 source.

You can certainly imagine it. Accusations of a cover-up; of May putting loyalty to a personal friend over the duties of her office. In other words, the very same accusations she has faced from Kate Maltby and her supporters anyway.

It would certainly have been hard to keep Green, but not impossible. She could just have told Parliament and the public the truth. The allegations of harassment were not proven. The allegations of watching pornography were not proven, and motivated by a police vendetta. The statement that he had not been made aware of the presence of pornography by the officers who raided his office and his home was technically correct – his lawyer had been told, and subsequently informed Green at a later date.

But instead she chose to stick to both the letter and spirit of the code. The breach was not material, but it was real. And therefore he had to go. But now a line has been drawn it cannot be undrawn. Every erroneous statement, every indiscretion, every scandal – genuine or confected – must now be held to same standard. And interpreted literally, it is an unforgiving one.

The Ministerial Code is underpinned by the commanding ‘Seven Principles of Public Life’. Selflessness, Integrity, Objectivity, Accountability, Openness, Honesty, Leadership. In the post-Green era, how many of Mrs May’s existing Cabinet will be seen to reach this exalted ethical threshold? 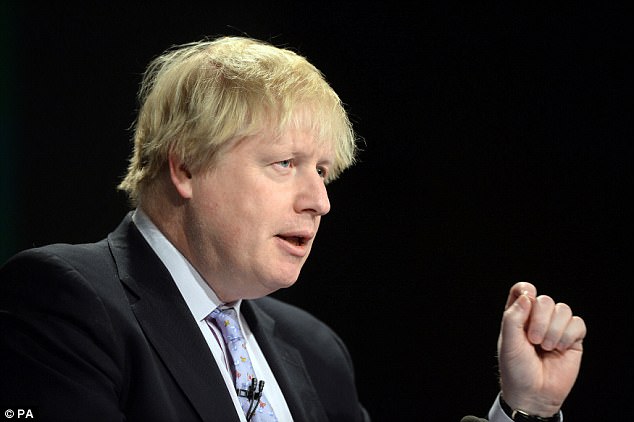 Will Boris Johnson live up to the code’s stricture that ‘holders of public office should act solely in terms of the public interest’?

Ever since taking office, the Prime Minister has made bridging the chasm between the political class and those they serve a priority. But with the Green ruling, she is effectively asking her Ministers to make that crossing on a tightrope, in a thunderstorm, while sporting a blindfold.

When I worked in Parliament, the game was to bend the truth to your will. Facts were moulded and shaped and then deployed in a partial way to support a favoured political narrative.

But that narrative still had to be anchored, however precariously, in reality. It’s how the infamous ‘dodgy dossier’ survived the scrutiny of a public inquiry.

But in the age of the New Populism, facts are surplus to requirements. The political imperative is to identify which lie will resonate with the largest portion of the electorate, then keep repeating it until the truth begs for mercy.

Mrs May clearly believes being seen to place honesty and integrity at the heart of her strategy is the way to repel the populist tyrants.

And maybe she’s right. But to date there’s precious little evidence of it. 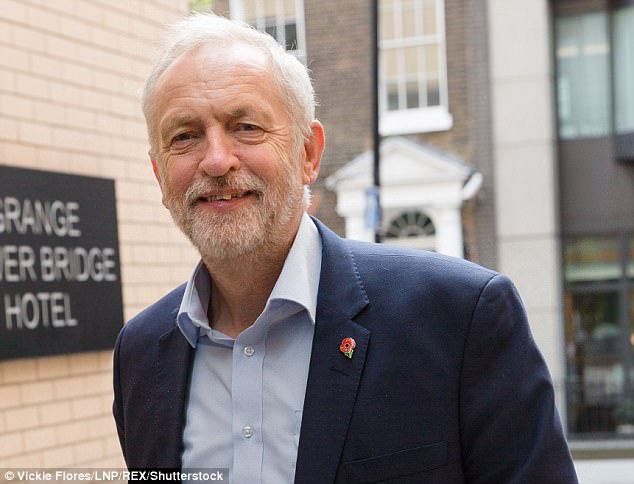 Jeremy Corbyn’s stated desire to usher in an era of ‘kinder, gentler politics’ was a claim so breathtaking in its cynicism and mendacity it managed to pull the wool over the eyes of 40 per cent of the electorate

The biggest threats facing the PM in 2018 come from opposing flanks – the Corbynite cultists and the kamikaze Brexiteers. Both movements have been behind the two most spectacularly successful lies in modern British political history.

Jeremy Corbyn’s stated desire to usher in an era of ‘kinder, gentler politics’ was a claim so breathtaking in its cynicism and mendacity it managed to pull the wool over the eyes of 40 per cent of the electorate. Leave.EU’s ‘Breaking Point’ poster directly mirrored Nazi propaganda – and secured the endorsement of 17 million voters.

May’s allies say she is unapologetic about holding her Ministers to the highest of public standards. But in the fake news era, I fear she is about to find she is holding them to an unreasonable standard.

There is now no such thing as an absolute political truth. Veracity is a base struggle for survival of the fittest. And by binding her hands with the Ministerial Code, Mrs May continues that fight at a serious disadvantage.

Green has made mistakes, but there are far worse people serving in politics than him – as the Prime Minister will realise to her cost.

What I found out at the Downing Street Christmas party…

At the Downing Street Christmas party last week I commiserated with the Prime Minister over the plight of England’s cricketers in Australia.

Mrs May told me the burdens of state meant she hasn’t been able to watch any live action but has been kept informed by officials of our Ashes collapse.

When I asked if there was any chance of Government intervention – perhaps by nationalising the England and Wales Cricket Board – she demurred, but suggested one radical idea.

‘It might be time for a recall for Geoffrey Boycott,’ she said.

Alastair Cook, you have been warned.