Can mindfulness help you cut back boozing?

A glass of wine after a stressful day can turn into most of a bottle very easily.

But those of us who find it hard to resist a tipple in the evening can now turn to the fashionable strategy of mindfulness.

Scientists have found just 11 minutes of mindfulness training, practised by celebrities such as Emma Watson and Angelina Jolie, can cut people’s drinking by the equivalent of almost a bottle of wine a week.

Mindfulness teaches people to pay attention to their feelings and bodily sensations – including that urge to open a bottle of wine after dinner.

Researchers at University College London found 68 frequent drinkers scored highly for cravings, including wanting a drink so badly they could ‘almost taste it’ and using alcohol to make them feel happier, less tense and irritable.

But an 11-minute mindfulness recording encouraged them to see these urges as ‘temporary events’ which they accepted but no longer felt the need to act upon.

The findings could help people who know they drink a little more than is healthy cut back.

Study participants, who drank on average around two and a half bottles of wine a week or around one and a half pints a day, slashed their weekly alcohol consumption by more than a third.

‘By being more aware of their cravings, we think the study participants were able to bring intention back into the equation, instead of automatically reaching for the drink when they feel a craving.’

The researchers brought in 68 people, who had to drink at least 14 units a week for women or 21 units for men.

In practice the participants consumed an average of 26 units – two and a half bottles of wine or just over 11 pints a week.

But they drank 9.3 fewer units after using the mindfulness technique, which issues instructions to focus on urges to drink as they ‘come and go’.

The tapes told people that ‘these feelings can be accepted and tolerated, rather than acted upon’.

At the end of the training, participants were encouraged to continue practising the techniques for 15 minutes a day over the next week. 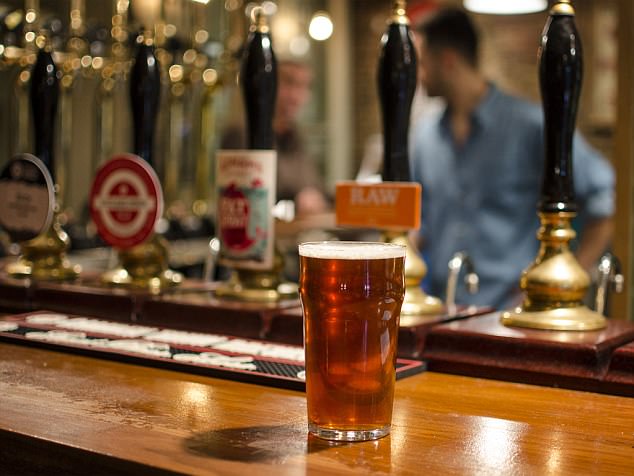 The half of the group given relaxation techniques instead, to calm themselves down and control rather than accept alcohol cravings, did not significantly reduce their drinking.

Dr Kamboj said: ‘We found that a very brief, simple exercise in mindfulness can help drinkers cut back, and the benefits can be seen quite quickly.’

The study, published in the International Journal of Neuropsychopharmacology, was double-blind, meaning neither experimenters nor participants knew which strategy was being delivered.

The mindfulness group were never told they were being taught mindfulness – as the fashionable strategy may have convinced them it would work.

‘Some might think that mindfulness is something that takes a long time to learn properly, so we found it encouraging that limited training and limited encouragement could have a significant effect to reduce alcohol consumption,’ said co-author Damla Irez from UCL.

The researchers are hopeful that mindfulness could help to reduce drinking before more severe problems develop.

Co-author Shirley Serfaty added: ‘We’re hopeful that further studies will replicate our findings and provide more insight into how mindfulness training could be most effective in practice. Our team is also looking into how mindfulness might help people with other substance use problems.’