Can silver gloves and chilli cream tackle winter woes? We rate the products that promise to help

Sneezing, aching joints, cold sores, stomach bugs — when the temperature drops, it can prompt a litany of health problems.

Pharmacy shelves are now stacked with products that promise to help with a variety of winter ailments, but are they any good?

We then rated the products…

A-choo! Pharmacy selves can expect to be heavily re-stocked over the coming weeks as millions of us purchase products to treat seasonal ailments

Containing warming ingredients including paprika (a type of capsicum), ginger, rosemary and camphor, the maker says massaging in a small amount of this cream will stimulate the circulation and warm up cold feet. 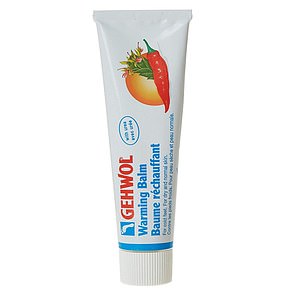 EXPERT VERDICT: ‘Capsaicin is the compound that makes chillies hot and is licensed for use in prescription products to ease painful conditions such as osteoarthritis and shingles,’ explains Dr Gill Jenkins.

It’s also present in lower doses in some over-the-counter creams to create a warm or even burning-type sensation when applied to skin.

‘The camphor and ginger oil have a similar warming effect on skin — I think this balm may give a pleasant, albeit temporary, warming sensation, although paprika and camphor can be irritating to the skin,’ adds Dr Jenkins. ‘Wearing socks would be a cheaper option.’ 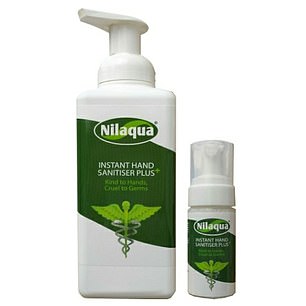 Handy to have in? Nilaqua Hand Sanitiser

An alcohol-free hand sanitising gel that claims to be able to kill ‘99.9999 per cent’ of bacteria as well as viruses — including norovirus (the winter vomiting bug) — in as little as 30 seconds.

Also said to provide up to six hours’ protection after it’s rubbed on to your hands.

EXPERT VERDICT: ‘Sanitisers actively kill germs and give a little added protection as they remain on the hands,’ says Dr Jenkins.

‘As to whether this does kill 99.9999 per cent of germs — a lot would depend on how you used it — you should rub it thoroughly all over your hands and into all the crevices.

‘But sanitisers should not be a substitute for washing with soap and water which, although it won’t kill bacteria or viruses, does dislodge them.

‘Hand sanitisers can cause irritation and skin reactions in those with sensitive skin. But carrying a travel-sized hand sanitiser with you can be useful if you find yourself somewhere without access to a hand basin.’ 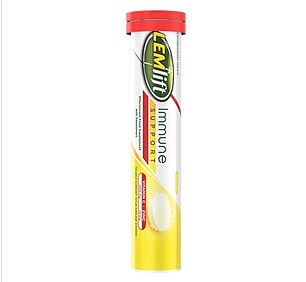 This provides 1,000mg of vitamin C and 15mg zinc — both of which the maker says contribute to the normal function of the immune system. Dissolve in a glass of water and drink daily.

‘Although studies haven’t found taking vitamin C prevents colds, a Cochrane review [the independent body that reviews medical findings] did find taking at least 200mg per day could reduce the duration and severity, if taken at the first sign of symptoms.

‘But simply eating vitamin C-rich foods such as citrus fruits, berries, peppers, broccoli and potatoes is a cheaper way to top up your levels.

‘Zinc is another important nutrient for the function of the immune system, but you can boost your levels by eating zinc-rich foods such as shellfish, dairy and meat.

However, there is also growing evidence that zinc supplements could have benefits if your immune system isn’t functioning as well as it should be; for example, if you have a gastrointestinal problem such as coeliac or Crohn’s disease that prevents its absorption from your food.

‘Findings from another Cochrane review concluded that if 75mg [much higher than this product contains] of zinc was taken daily within 24 hours of the onset of cold symptoms, it reduced the duration of those symptoms. If your diet isn’t good, this might be a useful insurance policy.’ 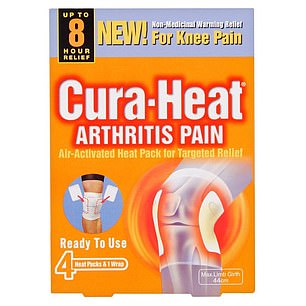 An elasticated knee wrap that comes with heat packs which are placed either side of the knee. The ingredients react once exposed to air, producing heat.

The manufacturer says this provides warming relief from arthritic pain for up to eight hours.

EXPERT VERDICT: ‘Joint pain becomes worse in cold weather for many patients, although we’re not sure why,’ explains rheumatologist Dr Sundeept Bhalara.

‘One reason heat is thought to help is that it confuses the body’s pain receptors, shutting down the nerve pathway, which in turn prevents the original pain sensation from reaching the brain.

‘Although other ways of warming the knee, such as a hot water bottle, can be equally soothing, I’ve seen many patients with burns and other skin damage from doing this. Heat patches only reach a safe, comfortable temperature [usually around 40c].

‘The packs are designed to sit over the joint lines on either side of the knee, which are the commonest sites of osteoarthritis knee pain, so should really target the pain effectively.

‘However, heat can make inflammation worse, so it should be avoided by people with inflammatory joint conditions such as rheumatoid arthritis.’ 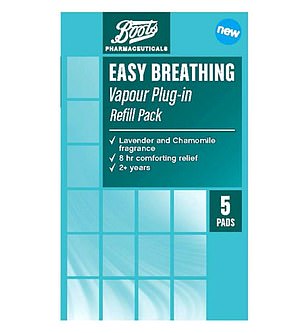 A product said to make breathing ‘feel easier’ by filling the room with vapours, including menthol and eucalyptus oils.

EXPERT VERDICT: ‘Most research into menthol and eucalyptus oils so far has found they create a cool sensation in the nasal passages, which makes breathing feel easier but doesn’t actually decongest or unblock them,’ says Dr Jenkins. ‘However, they are unlikely to do any harm.’

But does it work? Lipivir contains ingredients called polyethylene glycols

EXPERT VERDICT: ‘Cold sores are caused by the herpes virus, which once caught remains in your body for life,’ says Dr Ross Perry.

Flare-ups occur when the virus is reactivated; known triggers for this include cold weather, probably as it can dry out lips.

‘PEGs are petroleum-based compounds used frequently in skin products as they are pretty effective moisturisers. Preventing the lips from drying out can be helpful as cracked lips are more hospitable to the herpes virus.

‘However, there is no robust evidence that PEGs can help prevent cold sore flare-ups or have a specific anti-viral effect.

‘If you find your cold sores are triggered by the cold, a cheaper option is to use an ordinary lip balm — or just a smear of Vaseline, morning and night.’

This cream claims to soothe, rehydrate and repair rough, cracked and dry skin — especially on the elbows, knees and heels — when applied to the affected area twice daily. 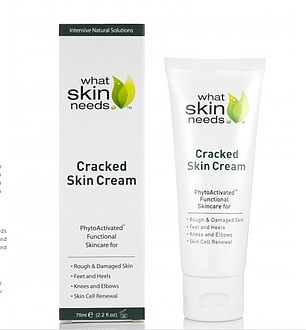 The key ingredient is plantolin — a ‘super-powered natural extract from an amazing plant native to Australia’, which the makers say has proven anti-inflammatory and antioxidant properties.

EXPERT VERDICT: ‘A combination of cold winds and central heating can dehydrate the skin, making it far more prone to dryness and cracking in the winter months,’ says Dr Perry.

‘The main ingredients in this product are lanolin and glycerin — both good emollients [moisturisers] that help the skin lock in moisture and promote healing. I have seen one small study suggesting plantolin may have some benefits, but I’ve not seen any robust independent trials back this up.

‘The cream also contains vitamin E, green tea and lemon oil — all of which can cause irritation, especially if the skin is already cracked.

‘My product of choice for dry, skin is Epaderm Ointment (500g, £12.99, boots.com). It contains pure liquid paraffin, one of the most effective emollients.’ 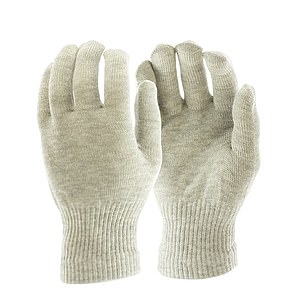 These contain 8 per cent silver, which the maker says helps reflect heat back at the hands, so keeping them warmer than normal gloves. It’s claimed this wards off the painful symptoms of Raynaud’s Disease (a circulation disorder) and help anyone whose fingers are sensitive to the cold.

EXPERT VERDICT: ‘Raynaud’s is an unpleasant condition triggered by the cold, in which the fingers and toes can become white, numb, painful and hard to move,’ says Dr Bhalara.

‘Keeping the hands warm is vital to prevent attacks. The idea of silver reflecting back heat is a proven effect. However, at 8 per cent there is not that much silver in these gloves.

‘My patients have found the best solution is combining a thin inner silk ski glove with a thicker outer ski glove. Wearing layers is better than a single glove, because the air that’s trapped between them acts as an additional insulator. I’m not sure these gloves would provide a warmer effect, but they are less cumbersome.

‘Patients with Raynaud’s also tend to have higher infection rates and poorer wound-healing rates due to their reduced circulation, so an added bonus with these gloves is that silver has natural anti-bacterial properties. Overall, this is a really useful product.’