Can Theresa May win a vote on her Brexit deal?

Theresa May has secured her deal in Brussels but her fight to get it actually in place in time for Brexit day is just beginning.

If the Cabinet agrees to the deal the biggest hurdle will be the ‘meaningful vote’ on the plans in Parliament.

This is expected to take place in December to ensure the deal is over its biggest hurdle before the end of the year.

The Prime Minister needs at least 318 votes in the Commons if all 650 MPs turns up – but can probably only be confident of around 230 votes.

The number is less than half because the four Speakers, 7 Sinn Fein MPs and four tellers will not take part.

To win, Mrs May will need to get back around half of the 80 hardcore Tory Brexiteer rebels and secure the support of the 10 DUP MPs.

Even then she will probably still need the help of dozens of Labour MPs to save her deal and possibly her job.

This is how the House of Commons might break down:

Theresa May will need 318 votes in the Commons if every single MP turns up. She can only rely on about 230 votes – meaning she will need to get back around half of the 80 hardcore Tory Brexiteer rebels and secure the support of the 10 DUP MPs, plus dozens of Labour MPs 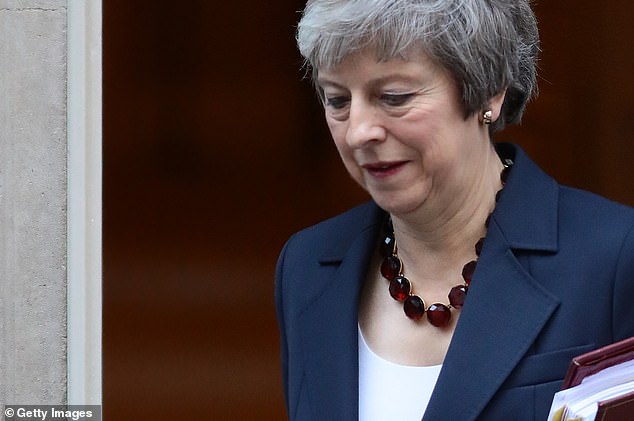 Who are they: All members of the Government are the so-called ‘payroll’ vote and are obliged to follow the whips orders or resign. It includes the Cabinet, all junior ministers, the whips and  unpaid parliamentary aides.

What do they want? For the Prime Minister to survive, get her deal and reach exit day with the minimum of fuss.

Many junior ministers want promotion while many of the Cabinet want to be in a position to take the top job when Mrs May goes.

How will they vote? With the Prime Minister.

Who are they? Led by Jacob Rees-Mogg, the ERG counts Boris Johnson, David Davis and other former ministers including Steve Baker and Iain Duncan Smith.

How many of them are there? Estimates vary on how many members it has. It secured 62 signatures on a letter to the PM in February while Mr Baker has claimed the group has a bloc of 80 Tory MPs willing to vote against May’s plans.

The group’s deputy leader Mark Francois said today there were at least 40 hard liners who would vote against the deal in all circumstances.

What do they want?  The ERG has said Mrs May should abandon her plans for a unique trade deal and instead negotiate a ‘Canada plus plus plus’ deal.

This is based on a trade deal signed between the EU and Canada in August 2014 that eliminated 98 per cent of tariffs and taxes charged on goods shipped across the Atlantic.

The EU has long said it would be happy to do a deal based on Canada – but warn it would only work for Great Britain and not Northern Ireland.

The ERG say the model can be adapted to work for the whole UK. They say Northern Ireland can be included by using technology on the Irish border to track goods and make sure products which don’t meet EU rules do not enter the single market.

They also say it would give complete freedom for Britain to sign new trade deals around the world to replace any losses in trade with the EU.

The group is content to leave the EU without a deal if Brussels will not give in.

How will they vote:  Against the Prime Minister. 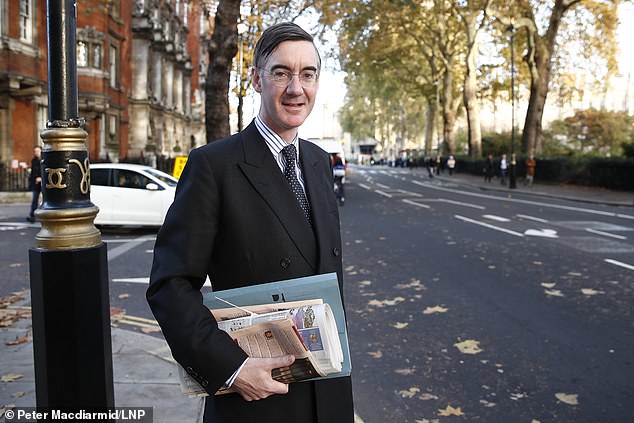 Moderates in the Brexit Delivery Group (BDG) and other Loyalists

Who are they? A newer group, the BDG counts members from across the Brexit divide inside the Tory Party. It includes former minister Nick Boles and MPs including Remainer Simon Hart and Brexiteer Andrew Percy.

There are also many unaligned Tory MPs who are desperate to talk about anything else.

How many of them are there? There are thought to be around 50 members in the BDG, with a few dozen other MPs loyal to the Prime Minister

What do they want? The BDG prioritises delivering on Brexit and getting to exit day on March 29, 2019, without destroying the Tory Party or the Government. If the PM gets a deal the group will probably vote for it.

It is less interested in the exact form of the deal but many in it have said Mrs May’s Chequers plan will not work.

Mr Boles has set out a proposal for Britain to stay in the European Economic Area (EEA) until a free trade deal be negotiated – effectively to leave the EU but stay in close orbit as a member of the single market.

How will they vote?  With the Prime Minister. 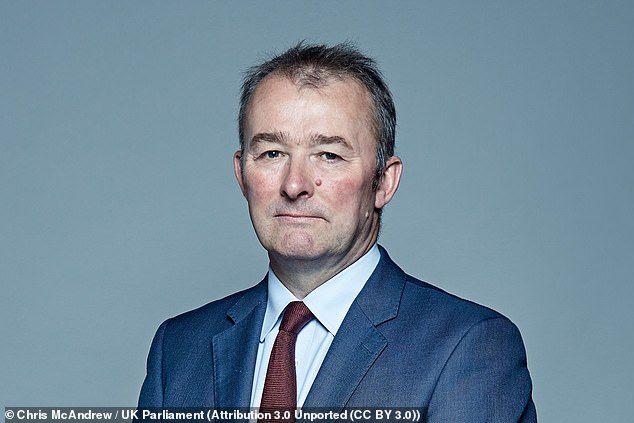 Unrepentant Remainers in the People’s Vote

Who are they? A handful of about five Tory MPs – mostly former ministers – who never supported Brexit and think the failure of politicians to get a deal means Parliament should hand it back to the people. The group includes Anna Soubry, Dominic Grieve and Justine Greening.

What do they want instead? A so-called People’s Vote. The exact timing still needs to be sorted out but broadly, the group wants the Article 50 process postponed and a second referendum scheduled.

This would take about six months from start to finish and they group wants Remain as an option on the ballot paper, probably with Mrs May’s deal as the alternative.

There are established pro-Remain campaigns born out of the losing Britain Stronger in Europe campaign from 2016. It is supported by Tony Blair, the Liberal Democrats and assorted pro-EU politicians outside the Tory party.

How will they vote? Hard to say for sure. Probably with the Prime Minister if the only other option was no deal. 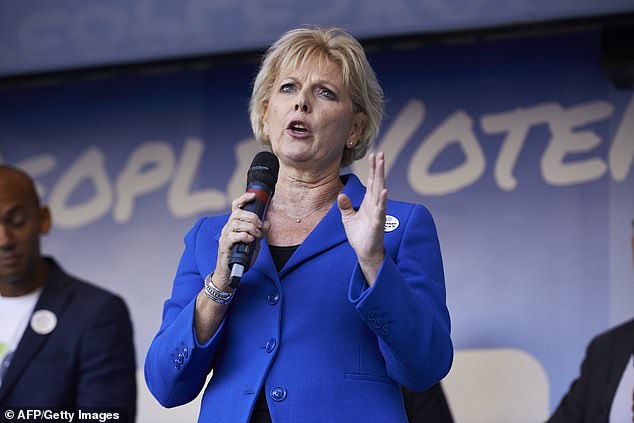 Who are they? The Northern Ireland Party signed up to a ‘confidence and supply’ agreement with the Conservative Party to prop up the Government.

They are Unionist and say Brexit is good but must not carve Northern Ireland out of the Union.

What do they want? A Brexit deal that protects Northern Ireland inside the UK. 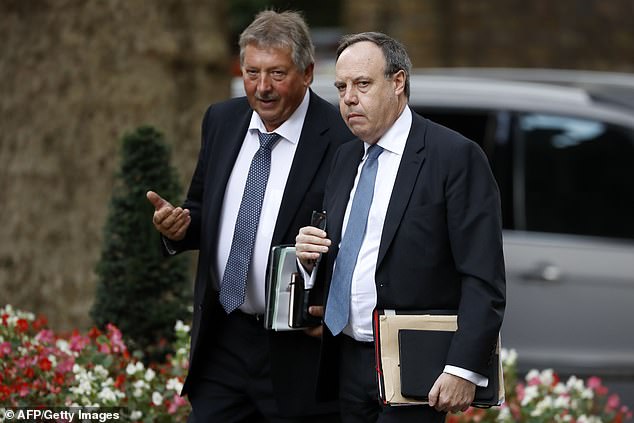 The DUP, led in Westminster by Nigel Dodds (right), have a deal with Theresa May but could still vote agianst her Brexit deal

Who are they? Labour MPs who are loyal to Jeremy Corbyn and willing to follow his whipping orders.

How many of them are there? Between 210 and 240 MPs depending on exactly what Mr Corbyn orders them to do.

What do they want? Labour policy is to demand a general election and if the Government refuses, ‘all options are on the table’, including a second referendum.

Labour insists it wants a ‘jobs first Brexit’ that includes a permanent customs union with the EU. It says it is ready to restart negotiations with the EU with a short extension to the Article 50 process.

The party has six tests Mrs May’s deal must pass to get Labour votes.

How will they vote? Against the Prime Minister’s current deal. 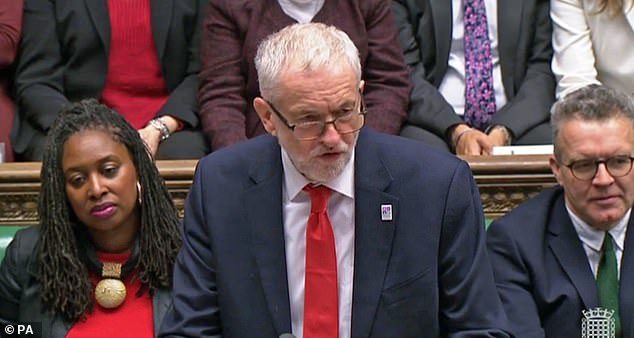 Who are they? A mix of MPs totally opposed to Mr Corbyn’s leadership, some Labour Leave supporters who want a deal and some MPs who think any deal will do at this point.

How many of them are there? Up to 45 but possibly no more than 20 MPs.

What do they want? An orderly Brexit and to spite Mr Corbyn.

How will they vote? With the Prime Minister.

Who are they? The SNP, Liberal Democrats, Plaid Cymru, Green Caroline Lucas and assorted independents.

How many of them are there? About 60 MPs.

How will they vote? Mostly against the Prime Minister – though two of the independents are suspended Tories and two are Brexiteer former Labour MPs. 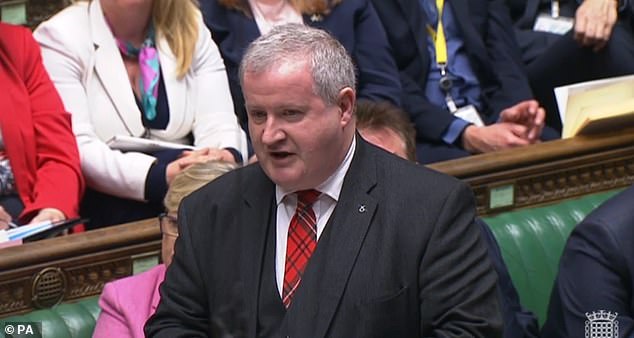 The SNP led by Ian Blackford, Liberal Democrats, Plaid Cymru, Green Caroline Lucas and assorted independents will almost all vote against Theresa May