The internet erupted with memes on Tuesday after Donald Trump’s doctor said the president is 239lbs and 6’3″.

While Trump does no exercise, eats a diet of fast food, and is one pound away from obesity, he shares a similar height and weight with many top athletes including Tom Brady, Jay Cutler and Vikings running back Latavius Murray.

Hundreds of Twitter users have posted comparison photos of the president’s plump frame with muscular celebrities of the same dimensions asking if this could really be the case.

But while it may seem hard to believe, it is in fact possible because a certain weight in body fat takes up more space than the same weight in muscle. 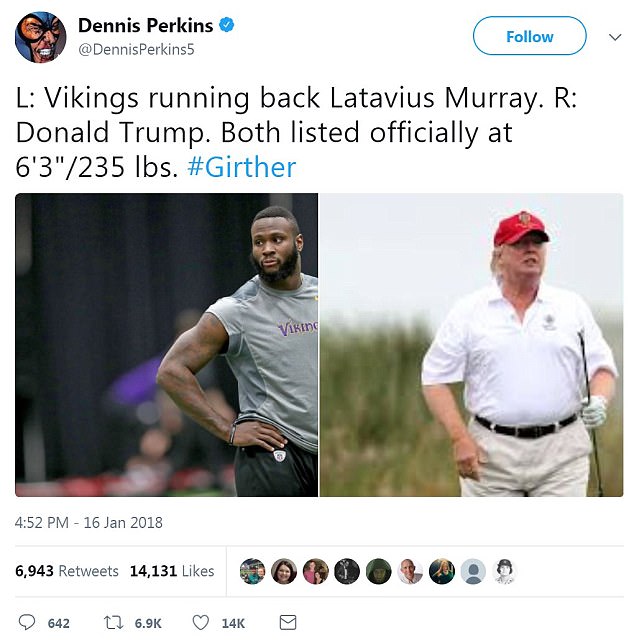 Same but different: Twitter users have been sharing comparison photos of the physically unfit president with physically fit athletes, such as Latavius Murray of the Vikings 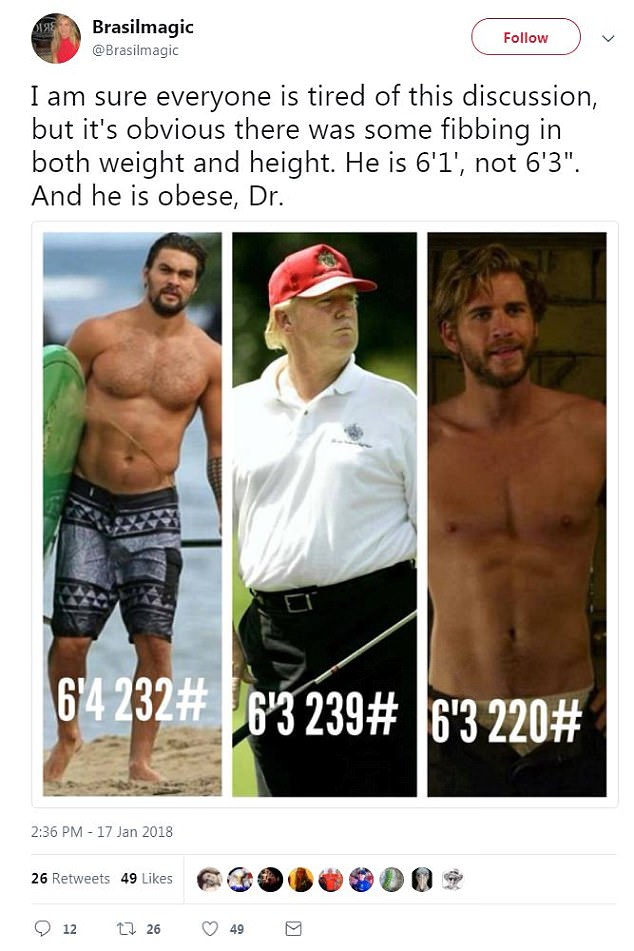 ‘White body fat cells are actually very large, and a pound of fat is going to be rather bulbous compared to a pound of dense lean muscle,’ Rui Li, president and CEO of New York Personal Training, told Daily Mail Online.

‘Two men can be 6’3″ and nearly 240lbs, but if one has 30 perfect body fat versus the other with 10 percent body fat, you will get a radically different looking person.

‘The person with more body fat will look overwhelmingly bigger, especially if he has most of the fat around his belly.’

Muscle is about 18 percent denser than fat – with a density of 1.06g per ml, compared to adipose tissue (fat) which is 0.9g/ml.

Meanwhile, one liter of fat would be 0.9kg (just under 2lbs).

The comparisons between Trump and physically fit athletes has revived another debate: many physicians argue that the body-mass index measurement may not be the most accurate or effective way to judge a person’s physical health.

Many professional athletes would qualify as overweight or obese based on solely their BMI. However, their weight is down to muscle mass.

While someone with a BMI of above 30 is considered obese by the metric, they may actually be perfectly healthy, metabolically speaking, according to Dr Arya Sharma, an obesity researcher at the University of Alberta in Canada.

Their blood pressure is normal, their livers are functioning well and their cholesterol levels are within normal limits.

On the other hand, some people with BMIs below 30 have health problems that could improve if they were to lose weight. 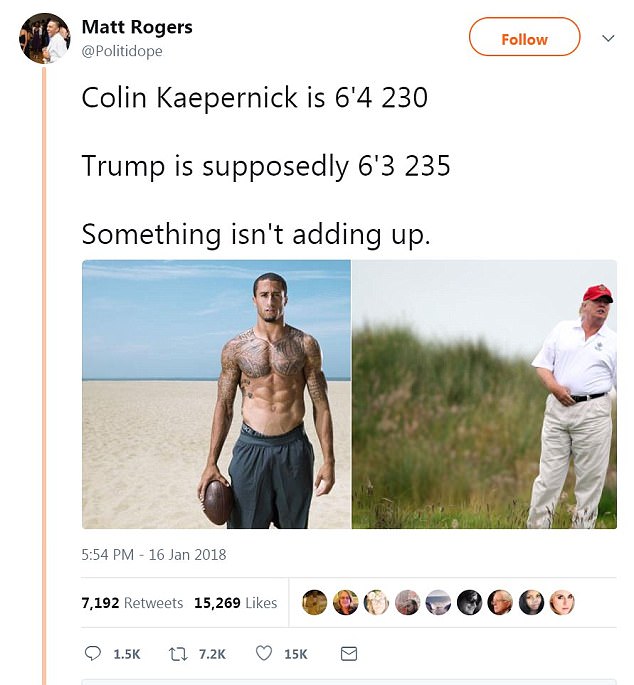 While amusing, it is not surprising that Trump has a similar BMI to athletes like football player Colin Kaepernick, because muscle is more dense than fat and therefore takes up less space 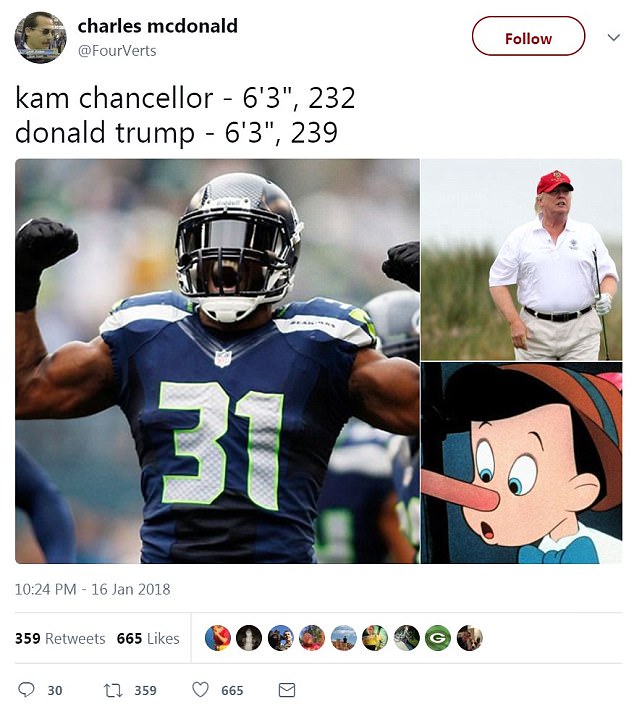 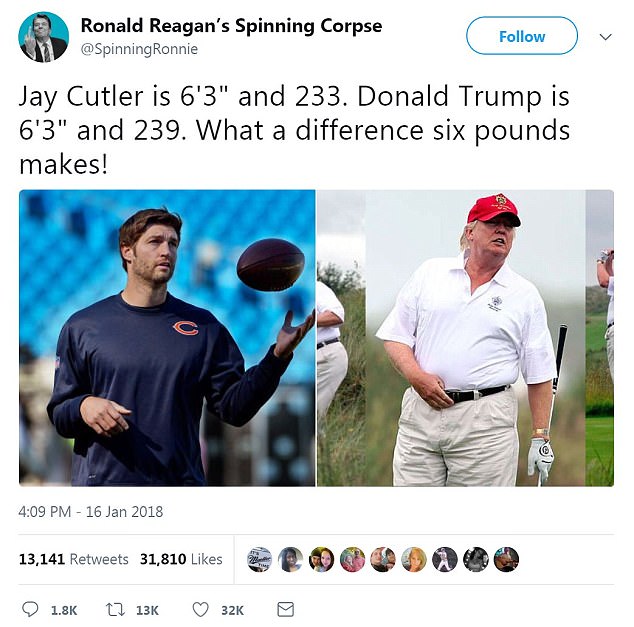 CONTROVERSY OVER TRUMP’S HEIGHT: COULD HE REALLY GROW AN INCH SO LATE IN LIFE?

Much has also been made about Trump’s apparent late-in-life growth spurt.

That gives him a body-mass index (measured using height and weight) of 29.9, one point below the measurement for obesity (30.0). 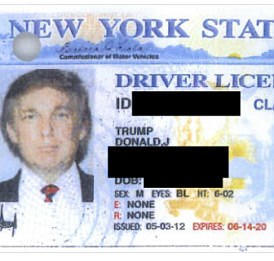 Had he weighed one pound heavier, or been one inch shorter, Trump would have been classed as obese.

Many are now sharing pictures of Trump’s license, questioning how a 71-year-old could have grown an inch taller in the last few years, given that all humans shrink as they age.

‘BMI is a clothing size… it tells me how big you are,’ he said.

‘It doesn’t tell me how sick you are. BMI is not a good criteria to be diagnosing a disease.’

Some doctors say to start with BMI, but not to take that as a concrete indicator of a patient’s health.

Others argue that a hip-to-waist ratio would be a more appropriate.

A study published last year by the University of Wolverhampton found the metric of BMI measurement is misleading because it cannot distinguish between fat and muscle, the latter of which is far heavier.

The team devised a new measurement of waist-to-height ratio, which they say is a far more accurate predictor of heart disease risk in both men and women.

The system, calculated by dividing the waist size by the square root of someone’s height, was found in a trial of 4,700 people to be the best marker of cardiometabolic health.

Professor Alan Nevill, who led the study, said this is because waist size is usually determined by body fat, with little muscle around someone’s middle to confuse the findings.

Belly fat is also known to be particularly dangerous because it wraps around vital organs in the torso. 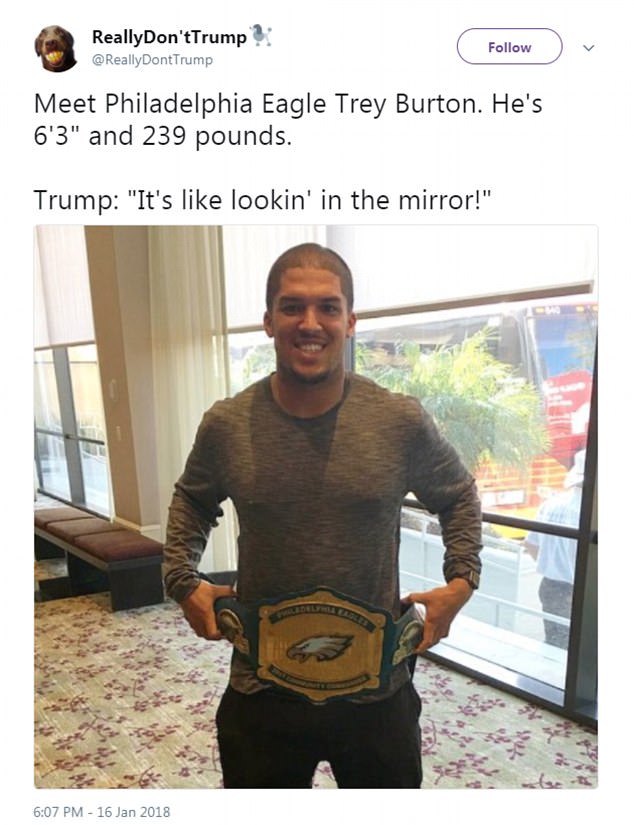 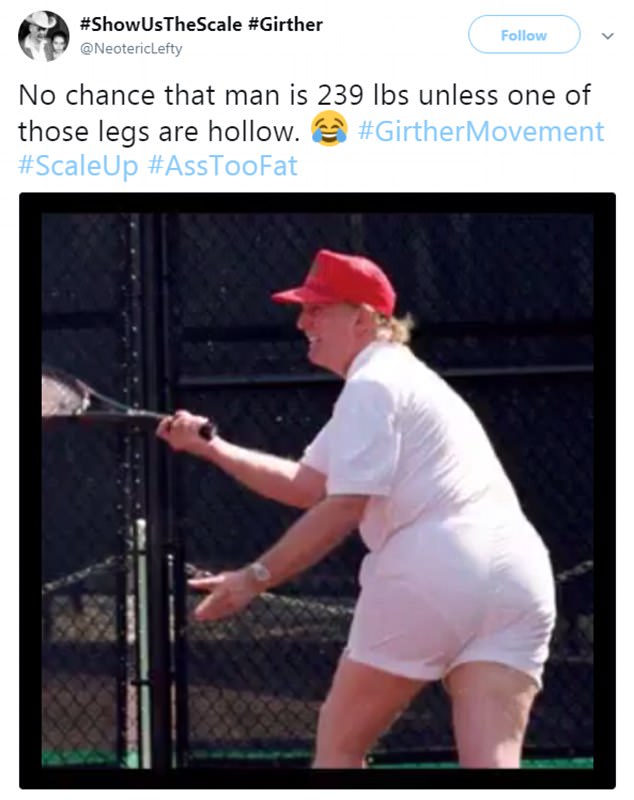 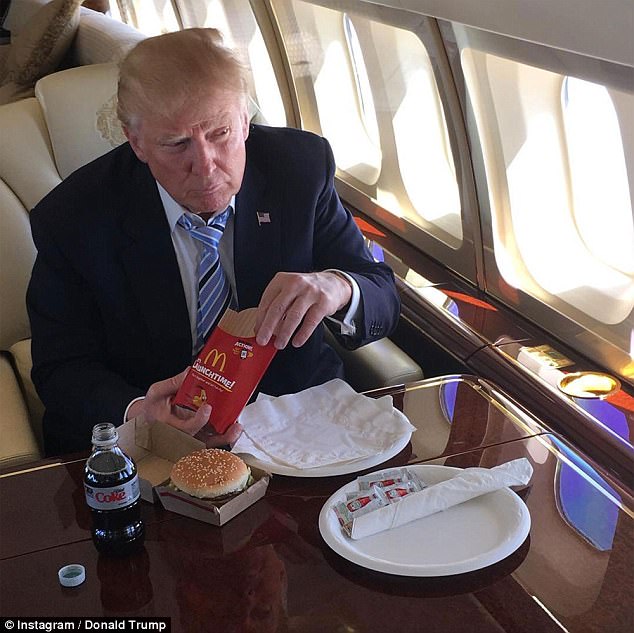 Donald Trump is also a fan of fast food, while athletes of a similar stature and weight are much healthier in their diets