Can we really switch off and recharge on a short trip?

When Eleanor first got a foot in the door of her dream career in PR, she worked hard and played hard. ‘It was a great first job with a small but exciting company in the early 90s and I was full of energy, keen to make my mark,’ she says. ‘If a pitch or project needed finishing, I happily gave whatever it took, but during that period I also had some fantastic holidays. I remember going to Brazil for a fortnight, a wedding in Canada and travelling through the Rockies – lots of good, long stretches where I had a few days to unwind and get out of work mode, then another ten days left to really enjoy myself. I’d come back refreshed, recharged and ready to throw myself back in.’

Now 49 and a senior executive, Eleanor can’t remember the last time she took a non-work-related trip of more than four days. ‘In fact, no one in my office goes away for more than a week – and even that would raise eyebrows,’ she says. ‘It may be unintentional but my boss has made a virtue of not going away – she regularly mentions the fact that she never uses her full holiday allowance – and she’d certainly never be absent for a fortnight.

‘I snatch short breaks when I can and often use them to catch up with friends and family or to finish housework or admin that I don’t have time for any more. Sometimes I’ll get a flight somewhere that’s not too far away for a few days. I earn much more than I used to, but now I never go anywhere beyond Europe. The idea of a couple of weeks in Brazil is unimaginable.’

The fortnight holiday, once a staple of British life, is quietly fading into sepia-tinted history. Research by British Airways found that 69 per cent of Brits did not take a two-week holiday last year, and the Office for National Statistics confirms the trend. Over the past 20 years, the number of people taking a fortnight away dropped by almost a third. While the older generation – those aged 65 and over – are the most likely to escape for more than seven days, younger people in the 18-24 age bracket are the least likely.

The growth of budget airlines and cheap flights is one reason: there has been a surge in three-night trips, especially among those aged 35-44. But this is only part of the story. BA also found that more than a third of those polled felt that a fortnight off would be ‘frowned on’ or ‘discouraged’ in their workplace. Added to this, repeated studies have shown that we’re increasingly unlikely to use up our annual leave – one found that the average UK employee only takes three quarters of their holiday allowance. Even missing work when we’re sick has become a bit taboo. Sue Clarke, a career and leadership coach (inthehotseat.co.uk), says that the way her clients take holidays – and whether they do at all – is a huge issue. ‘It’s something that comes up all the time,’ she says. ‘We have our official job contract, which sets out what we’re legally entitled to take, and we have our “psychological contract” – the unwritten rules, the company culture. For a lot of people I work with, that psychological contract is the most important. They feel pressure from their boss, their peers; they’re expected to be “always on”.’

Dr Richard MacKinnon, chartered psychologist and managing director of Work Life Psych (worklifepsych.com), agrees. ‘If you go away for two weeks when no one else in the office does, it can feel as though you’re putting your head above the parapet. What everyone else is doing becomes the norm; it’s “how we do things here”.’

Our economic climate also makes it hard to book a substantial break. ‘In HR circles, the word being bandied about is “vuca”: volatile, uncertain, complex, ambiguous,’ says Clarke. ‘We live in a culture that moves very quickly. At work, what you decide one week might change the next, decisions are made on the hoof and we’re not thinking long term. It means if you go away for a fortnight, you can come back to a totally new setup. Psychologically, that makes it very hard to do. Added to this,’ Clarke continues, ‘many companies have pared down staff levels to the bare minimum, which can make scheduling holidays difficult and impact the amount of time you can take in one go.’

We’re also contactable wherever we are in a way we certainly never used to be. One study by the Institute of Leadership & Management found that 61 per cent of UK workers feel obliged to work on holiday; 64 per cent read and send emails, and 28 per cent take business calls.

‘Thirty years ago, when I was a young, stressed executive taking a fortnight off, it was only during the second week that I started to relax,’ says Clarke. ‘But back then, mobiles weren’t the norm and there was no internet – it was true time out. That doesn’t happen any more. We’re always “get-at-able”. The work doesn’t stop, the emails pile up, you don’t know what you’re coming back to. There just isn’t the incentive to go away for so long now.’ 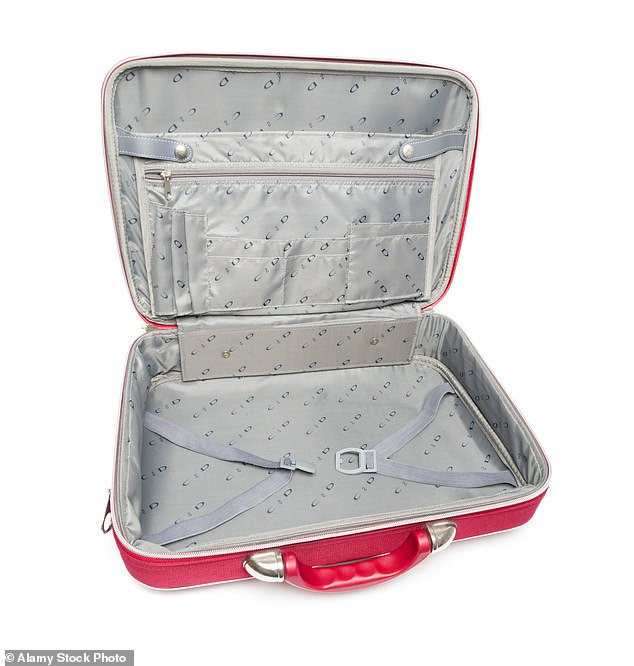 Regular holidays have been linked to lower rates of depression, cardiovascular disease and heart attacks

But does it matter? ‘In one way, no it doesn’t,’ says Clarke. ‘For many of us, taking lots of shorter breaks instead of fewer long ones could be a healthy response. What matters is that you take your holidays somehow.’

In fact, there’s overwhelming evidence to show their importance. Regular holidays have been linked to lower rates of depression, cardiovascular disease and heart attacks. Tests on workers before and after a long summer holiday have shown that people return more able to think flexibly and produce a greater range of ideas. Stepping away from routine refreshes our thinking, provides headspace to see what isn’t working and makes us feel more able to make changes.

It also brings us closer to our children. In everyday life, two thirds of conversations between parents and children revolve around daily routine. Going away as a family breaks the cycle and allows new conversations to take place. Neuroscientific studies have found that holidays encourage advanced brain development in children, thanks to the combination of play, exploration and that holiday surge of ‘happy’ neurochemicals such as oxytocin. Most importantly, we draw on those memories for a lifetime. ‘The idea that we can sacrifice all that and instead just keep going is short-termist,’ warns MacKinnon.

Interestingly in France, where les grandes vacances are sacrosanct and workers are entitled to 30 days of annual leave, plus 11 public holidays – and companies are legally bound to offer 12 days at a stretch – productivity remains among the highest in Europe, exceeding levels in the UK and Germany, according to Eurostat.

‘There’s no “one size fits all,”’ says Clarke. ‘Look at it like our food habits: we used to say we needed three meals a day, but now some people prefer to eat little and often, or to skip breakfast and have a bigger lunch. What’s important is that you use your holiday entitlement and plan it with care. The risk if you don’t is burnout.’

HOW TO GET THE BEST FROM YOUR BREAKS