Bake off star Paul Hollywood recently came under scrutiny when it emerged he was dating a woman much younger than him.

But he is not the only celebrity going out with someone who could be mistaken for their daughter.

Here, we put seven famous faces who are defying the age gap under the spotlight. 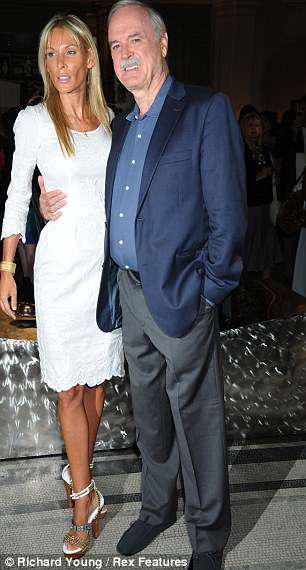 Monty Python legend John Cleese has stepped out with two young women who both took inspiration from the LWD (little white dress) trend. But which elegantly-dressed female is his daughter Camilla and which is his fourth wife Jennifer Wade? 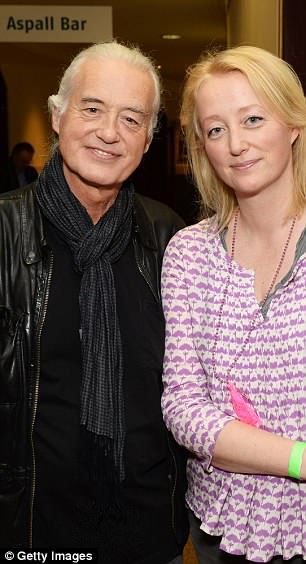 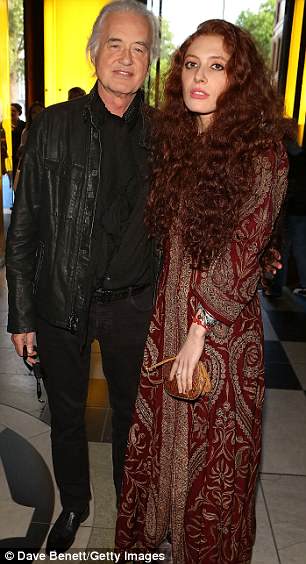 Led Zeppelin guitarist Jimmy Page has been photographed with many women over the years. But which of these is his daughter Scarlet and which is his girlfriend of three years, the actress and poet Scarlett Sabet? 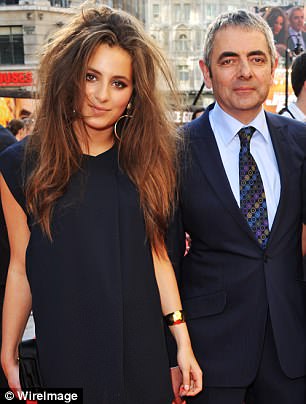 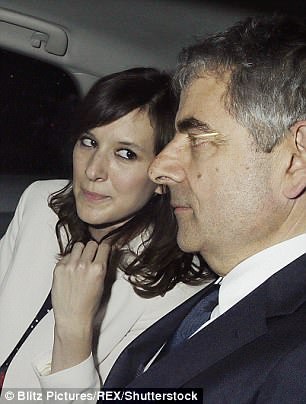 Blackadder and Mr Bean comic Rowan Atkinson was snapped getting into a car with a chicly-dressed brunette in 2015 (right) and walked the red carpet with an equally stunning woman in 2011. Which is his daughter Lily Sastry and which is his girlfriend Louise Ford?

Formula One magnate Bernie Ecclestone is no stranger to lavish days out. But who is the woman with him at an art gallery (left) and who is the bejeweled blonde on his arm at a Monaco fashion show (right)? One is his daughter, the other his wife 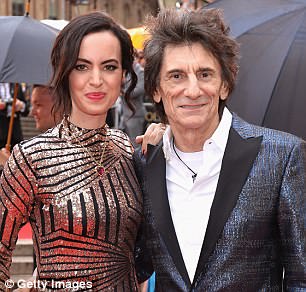 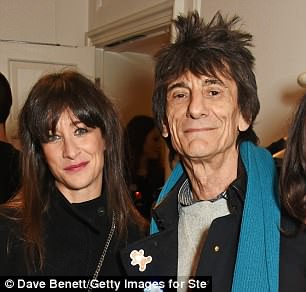 Rolling Stone Ronnie Wood has had a much younger wife since 2012. But which of these ladies is his other half Sally Humphreys and which is his daughter Sally?

Singer-songwriter superstar Billy Joel stepped out in New York with a sultry brunette and a dazzling blonde between 2011 and 2013. But which is his daughter Alexa and which is his wife of three years Alexis Roderick? 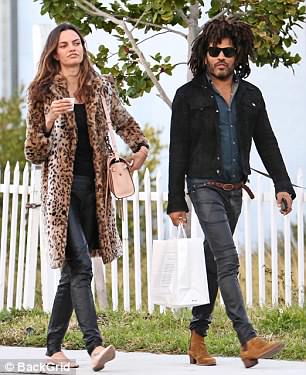 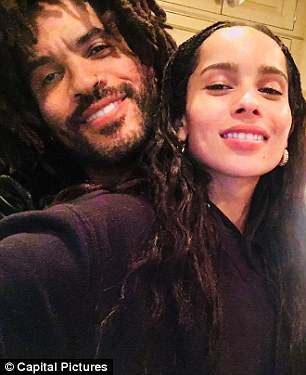 This year retro singer Lenny Kravitz took a stroll along Miami Beach with a leopard-coated young woman and appeared in an Instagram selfie with another dark-haired female. Which is his Victoria’s Secret girlfriend Barbara Fialho and which is his daughter Zoe?

Comedian Camilla Cleese (right with her dad), 34, likes to joke that her parents have been married for 42 years ‘it’s just that it’s to seven different people’.

She is John Cleese’s daughter from his second marriage to American actress Barbara Trentham. Camilla is a stand-up comedian and comedy writer. She even wrote jokes for The Alimony Tour, which her dad undertook in order to claw back some of the £12 million he lost after his third marriage, to Alyce Faye Eichelberger, ended.

Wife number four is British jewellery designer Jennifer Wade, 46 (far right). Stepdaughter Camilla says they have lots in common: ‘We’re both blonde, 6ft tall and inappropriately aged to be married to my dad.’

The first is his daughter Scarlet Page (left), 47, a successful photographer whose subjects have included Noel Gallagher, David Bowie, Sir Paul McCartney and — naturally — her dad.

Scarlet’s mother is French former model Charlotte Martin, who also dated Eric Clapton. She and Jimmy were together for 13 years, but never married. Scarlet has four half-siblings from her father’s other liaisons.

Unlike her hedonistic parents, Scarlet lives a quiet life in the Chilterns with her husband, Tom, who works in the very un-rock ’n’ roll world of IT, and their two children.

For the past three years, Jimmy has been dating actress and poet Scarlett Sabet (right), 27. She’s appeared in TV shows Skins and Peep Show, but these days she prefers to concentrate on her poetry and has published a book of her work — the cover photograph was shot by Scarlet Page.

Inside are rather intense poems with titles such as The Fifth Circle Of Hell and Slouching Through Dirty Papers: Pam Ayres she is not.

For one of their first dates, Jimmy, who is worth £80 million, took her to Nando’s.

Lily (left), 23, tried her hand at becoming an actress, appearing in Johnny English Reborn and Mr Bean’s Holiday; both — coincidentally — starring her dad. After her parents’ £15 million divorce, Lily dropped her dad’s name.

She now works as a burlesque performer, belting out jazz songs half-naked on a piano.

Rowan’s girlfriend is actress Louise Ford (right), 34, a gas-fitter’s daughter from Kent who studied at RADA and met Rowan in 2012 when he was married and they appeared together in West End play Quartermaine’s Terms. Louise gave birth to Rowan’s baby last December, but the couple have never announced the birth or revealed the name or sex of the child.

Bernie’s socialite daughters, Tamara and Petra, are famous for their lavish lifestyles.

Youngest daughter Petra (right), 29, has recently been through a bitter divorce from James Stunt, by whom she has three children and who is now seeking a share of her £5 billion inheritance.

He may be an octogenarian, but billionaire Bernie never fails to attract beautiful young women, and in 2012 he married Brazilian Fabiana Flosi (left).

Aged 40, brunette Fabiana is a trained lawyer who used to work for the Brazilian Grand Prix… so she and Bernie have plenty to talk about.

Rolling Stones guitarist Ronnie is a father of six (as well as a grandpa to six). His eldest daughter is Leah (left with Ronnie), 39, from his marriage to ex-model Jo Wood which ended in 2009 following an ill-fated fling with a teenage Russian model.

Leah refers to herself as a ‘creative’, whatever that may be, and has two children. For the past five years, Ronnie has been married to Sally (right), a theatrical producer. At 40, she is just a few months older than Leah. She and Ronnie have two-year-old twins, Gracie and Alice.

But he quickly ditched her for American model Christie Brinkley when she starred in the video.

The couple married in 1985 and had a daughter together — Alexa Ray (left), 32, who has followed in her dad’s footsteps by becoming a pianist and singer.

When she’s not performing, Alexa loves to be a bridesmaid, as she was when her mum married her last two husbands and when her dad married his current wife, Alexis (right), 35, who is just three years his daughter’s senior.

Alexis used to work in wealth management for a U.S. bank.

Now, as the fourth wife of a man worth £120 million, she’s busy managing the family fortune.

The couple married nearly three years ago and have daughters, Della and Remy, aged two and six months.

American rock star Lenny is probably better known for his back catalogue of exes than his records.

Former loves include Nicole Kidman, Kylie Minogue and — it was rumoured — Madonna.

His girlfriend today is 30-year-old Brazilian lingerie model and Victoria’s Secret ‘Angel’ Barbara Fialho (right), whom he’s been dating for just over a year.

One year younger is Lenny’s actress daughter Zoe (left), 29, from his marriage to actress Lisa Bonet.