Can you spot the obvious problem with these Josh Kennedy tribute T-shirts?

Radio station gets T-shirts made up to farewell West Coast champion Josh Kennedy – but can you spot the VERY obvious problem?

You have to give 92.9 Triple M Perth some credit for trying when it comes to honouring retiring West Coast Eagles star Josh Kennedy.

While their hearts were in the right place, the execution was a swing and a miss when the team decided to get special tribute T-shirts made up to commemorate his career.

After 292 AFL games for Carlton and West Coast, the two-time Coleman Medal winner and 2018 premiership star has called time on his career. Kennedy’s final match will be at Optus Stadium against the Adelaide Crows on Sunday.

Ellis, Zempilas and Anderson botched up this Josh Kennedy tribute good and properly

Xavier Ellis, Michelle Anderson and Basil Zempilas – AKA Xav, Michelle & Baz for Breakfast – decided to do their bit to send off the superstar.

So Michelle ordered specially made tops with the words ‘thanks JK #17’ and an image of the West Coast goal-kicking champion.

There was one problem – they didn’t send a photo along with their order. 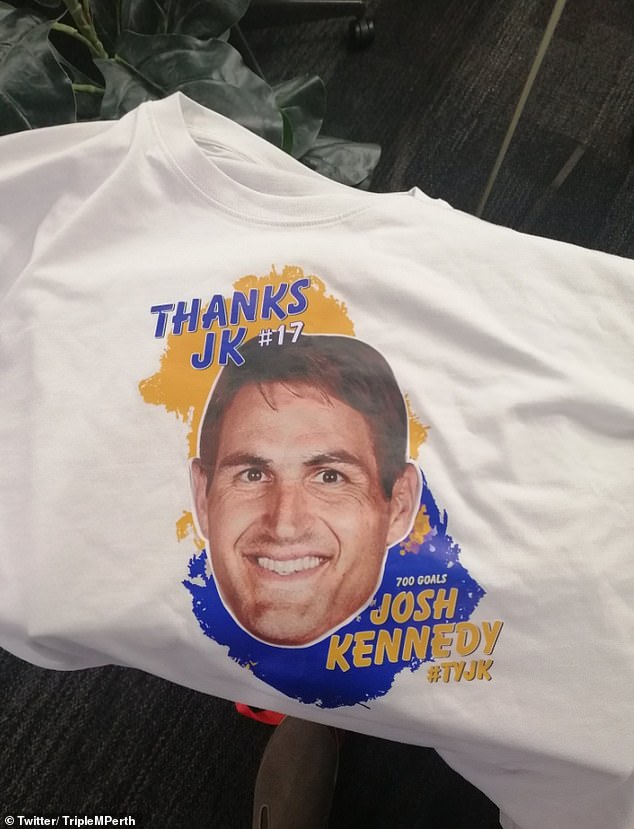 Nice shirt, shame it is the wrong Josh Kennedy. The tribute to the West Coast Eagles star featured an image of another Josh Kennedy, who plays for the Sydney Swans

‘When you order your Josh Kennedy tribute shirts from Wish. Not our finest moment,’ the team posted on Twitter.

While Kennedy will be sorely missed by West Coast and AFL fans in general, the big man said he knew his time was up. 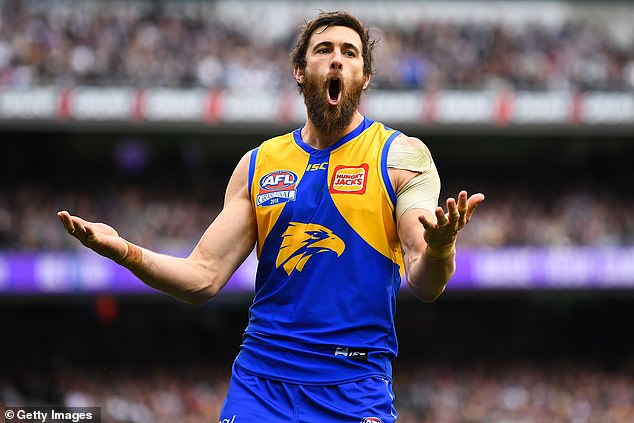 You had one job, how did  you muck that up? Josh Kennedy definitely did not say

‘I’m retiring this year and this will be my last game of AFL footy this weekend with the mighty West Coast Eagles, so I’ll be finishing off on our last home game in front of our home fans,’ he said on Radio 6PR earlier this week.

‘I have mixed emotions, I am a bit sad, happy, content with it, but I think a lot of emotion will come out at the game … it’s been an amazing journey, AFL footy I’ve been doing for 17 years, nearly half my life, so it’s the only thing I know.

‘My knee is a big reason for retiring. I think my drive to play is still there, but I’m realistic my body is not going to be able to take me to another season.’ 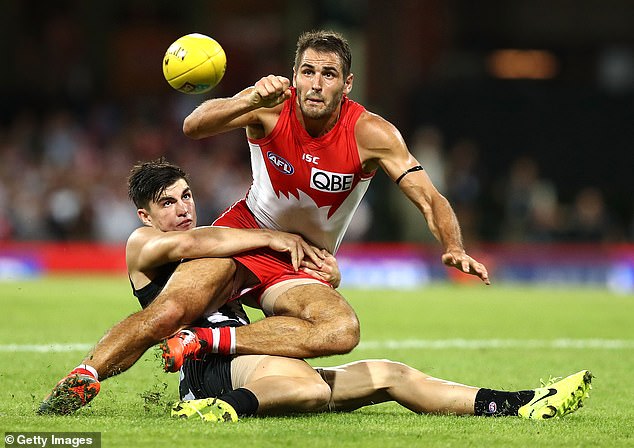 Thankfully, while the Triple M tribute didn’t go to plan, there are plenty of tributes going ahead that are proceeding perfectly.

Like the West Coast Eagles impressive decal of Kennedy that will adorn the turf of Optus Stadium for this Sunday’s farewell match for their decorated star.

‘He’s someone you can’t replace… he’s left a great legacy.’