Can YOU tell who’s a sex worker?

Many of us have a stereotypical image in mind of what someone who works as a stripper or escort might resemble.

But can you really tell if someone is a sex worker, simply by looking at them and asking a few questions?

US website Cut.com challenged four volunteers to see if they could pick out those who work in the sex industry from a line-up of 12 strangers for a new video, and the task turned out to be much tougher than expected.

The first volunteer from the line-up was dressed in a grey t-shirt and combats with work boots and didn’t scream sex worker to anyone.

He told the volunteers ‘I work in the garden a lot. Go for a lot of walks. Read a lot with the cat.’

They concluded he couldn’t be a sex worker because of his shoes, and one said he definitely had a job in construction.

Madison was sure that this man wasn’t a sex worker, but she was proved wrong in the end 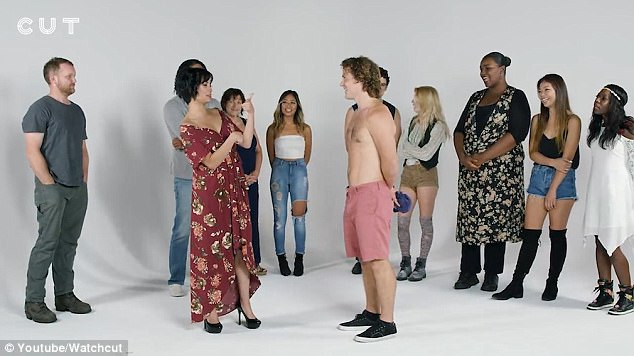 But her male counterpart was satisfied that he was just a ‘college boy’ and not an adult film star.

A woman, 58, was deemed ‘too nice’ by Madison while Kayla was sure a girl in ripped jeans was a webcam performer.

Another girl with long blonde hair showed off some dance moves and agreed to suggestively eat a banana.

She seemed to be dropping about not having a regular job by admitting her income varies from month-to-month, but Madison concluded: ‘Cashier or waiter. Not getting sex vixen.’ 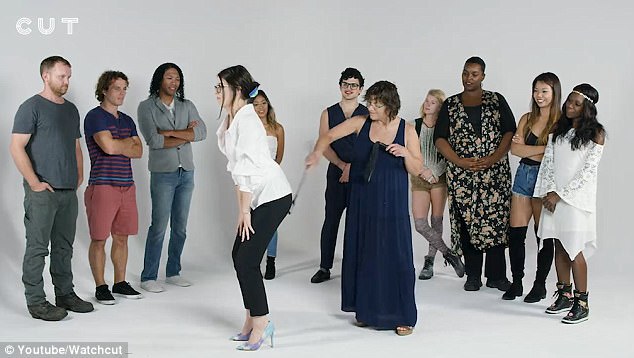 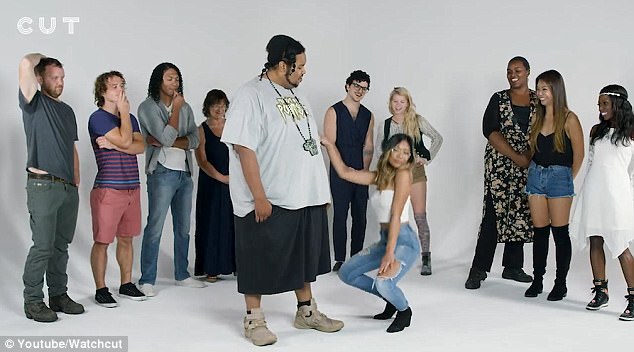 A girl in ripped jeans performed a dance and convinced this volunteer she was a webcam performer, but it turned out she was just a normal girl

At the end of the experiment, five people from the line-up raised their hands to reveal they were sex workers.

Two of them had been labelled a sex worker of some kind by either Kayla, Madison or the male volunteer.

Meanwhile, the other three had managed to convince everyone they weren’t sex workers. 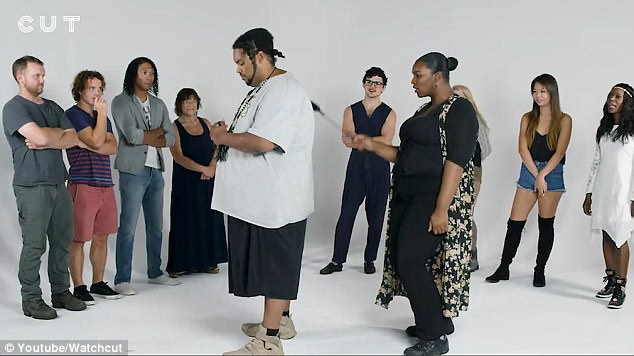 The first to come forward was the man in grey who everyone thought was a construction worker.

‘I wouldn’t guess me either, I’d guess you. I’m on the internet on webcam. A lot of people want to look at your armpits,’ he explained.

The most he’d ever made for a single chat was $50. 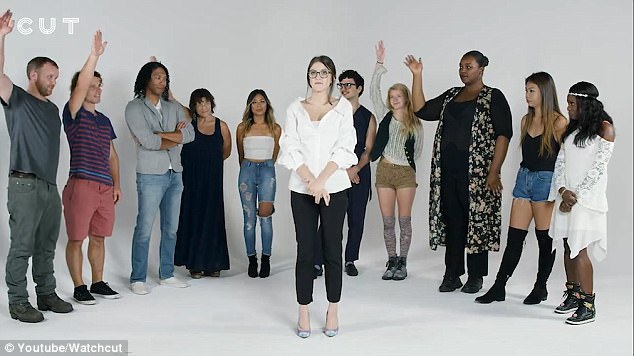 ‘It’s really slow for guys in the beginning. You have to prove yourself. When girls get in you’re shooting them galore.’ 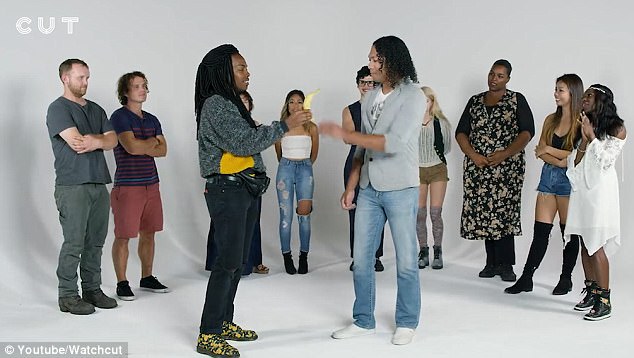 ‘Is it easy? No it’s really emotionally and physically draining,’ she said. ‘But it can be fun.’

‘I’m mostly just domming straight men who like control way too much. I never have sex with them,’ she said.

‘Lots of guys want their needs fulfilled. I can punch you in the face for $400.’