Canadian cat tries to make friends with an insect

A cat in Manitoba, Canada, had a play date with a bug, but the friendship apparently wasn’t built to last.

A hilarious video shows the cat as he spots a bug crawling on the carpet and is immediately intrigued.

He jumps up to sniff the small black insect before swatting it with his paw.

As he crouches by the bug watching it closely, it jumps into the air, startling the cat. 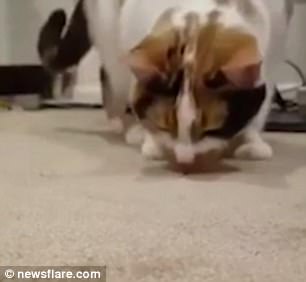 Snug as a bug: A cat in Manitoba, Canada, is sitting in a living room when he spots a small black bug crawling on the carpet. He is immediately intrigued walks over to give it a sniff 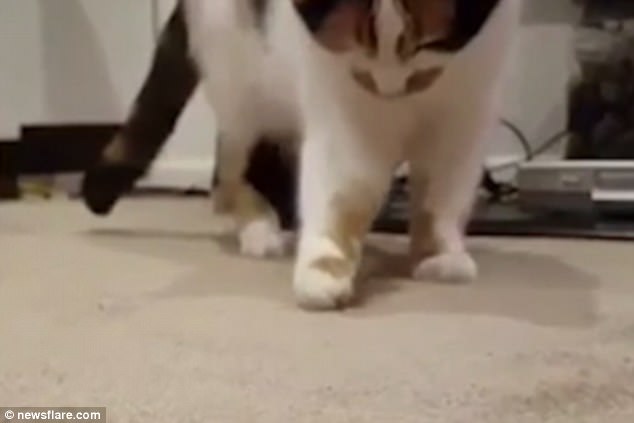 Pay attention to me meow: He gently swats at the insect to get it to move and play with him

The cat sits on his back legs with his front paws in the air swatting at the bug.

He loses track of the airborne insect and searches the sky for several seconds before giving up.

The 35-second video was posted to Newsflare.com on Sunday. 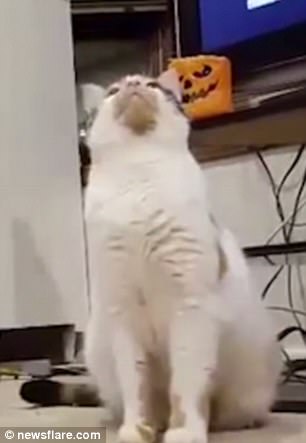 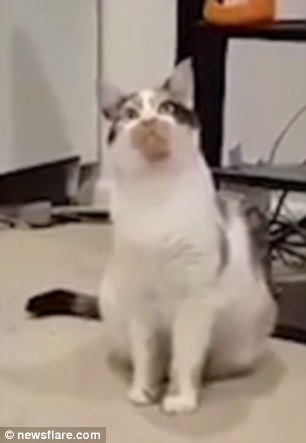 You’ve cat to be kitten me: The bug flies into the air startling the cat. He tries to track it but eventually loses sight of his desired friend