By Reuters and Tracy You For Mailonline

A Chinese court will try a Canadian citizen on drugs charges on Saturday, according to a government-run news portal.

The case could further test the relations between Beijing and Ottawa, which have seen escalating tensions lately.

The two countries have sparred over the fate of two Canadian citizens detained in China on suspicion of endangering state security, and of Canada’s arrest of a high-ranking Chinese executive at the request of the United States.

The high court in the north-eastern province of Liaoning said in an announcement on Wednesday that a man it identified as Robert Lloyd Schellenberg would be tried on drugs smuggling charges in Dalian city on Saturday.

The trial will be held at the No. 6 courtroom in the Dalian Intermediate People’s Court at 2pm.

Dalian government news portal Runsky.com said late on Wednesday Schellenberg was Canadian and that this was an appeal hearing after he was found by an earlier ruling to have smuggled ‘an enormous amount of drugs’ into China. Runsky is a news website affiliated to the Dalian Radio and Broadcasting Station. 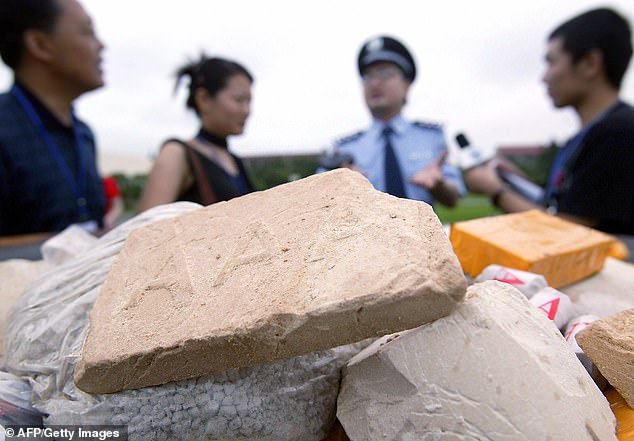 Robert Lloyd Schellenberg, reported to be a Canadian citizen, is said to have smuggled ‘an enormous amount of drugs’ into China. In the file photo above, a large quantity of illicit drugs are being laid out to be destroyed in Shanghai on June 26, 2004

There was no immediate response from the Canadian government.

China’s Foreign Ministry spokeswoman Hua Chunying said today she did not have a grasp on the situation, but added that China had repeatedly made clear to Ottawa its ‘solemn’ stance regarding its relations with Canada. 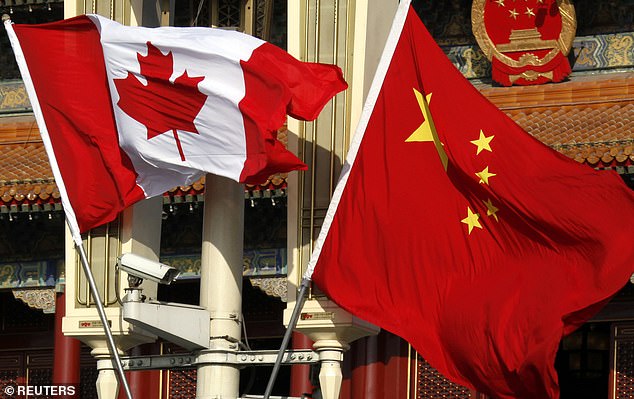 China executed a Briton caught smuggling heroin in 2009, prompting a British outcry over what it said was the lack of any mental health assessment.

Canada has pressed for the release of the two Canadians who China detained this month.

A third Canadian citizen – school teacher Sarah McIver – was detained in China for allegedly working illegally in the country. However, her case is said to be separate from the former two due to its ‘different nature’. 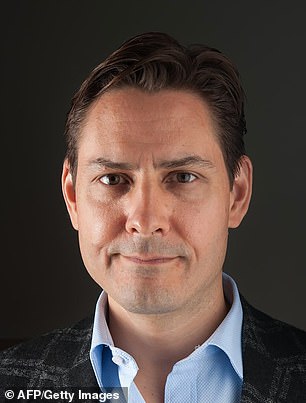 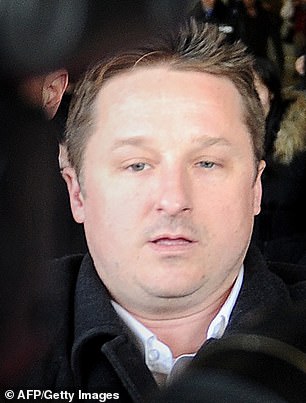 Mr Kovrig and Mr Spavor were detained after Canadian police arrested Huawei Technologies Co Ltd’s chief financial officer, Meng Wanzhou, on December 1 at the request of the United States. Neither country has drawn a direct connection between the cases.

Ms Meng is accused by the United States of misleading multinational banks about Iran-linked transactions, putting the banks at risk of violating U.S. sanctions.

China has demanded Canada free Ms Meng, who is fighting extradition to the United States and could face fraud charges that carry a maximum sentence of 30 years jail for each charge.

She was released on bail in Vancouver, where she owns two homes, while waiting to learn if she will be extradited to the United States.

WHO IS MENG WANZHOU? 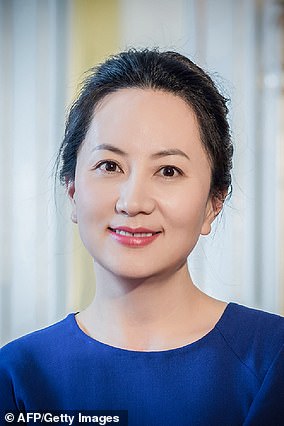 Meng Wanzhou, 46, is widely assumed to be the heiress of her billionaire father Ren Zhengfei who founded Huawei in 1987

Billed as a ‘Red Princess’, the 46-year-old is widely assumed to be the heiress of her former Communist soldier father, who founded the world’s current second largest smartphone seller at the age of 43 with just 21,000 yuan (£2,388).

Ms Meng, who is also the Vice-Chairman of Huawei, is ranked No. 12 by Frobes on the list of China’s most outstanding businesswomen in 2018.

She graduated from Huazhong University of Science and Technology in central China’s Wuhan city.

She worked in a bank for a year upon graduation before taking up a position at Huawei’s front desk in 1993 to answer phone calls.

Over the years, Ms Meng worked as the director of the international accounting department, CFO of Huawei’s Hong Kong branch office, president of the accounts management department and brought Huawei to its current success.

Ms Meng has a brother and a 20-year-old half-sister Annabel Yao who is a ballerina and debutante.

Annabel is said to be extremely international and have lived in Britain, Hong Kong and Shanghai.

She was one of the 19 young women to be presented at the 25th annual Bal des Débutantes held at the Shangri-La Hotel in Paris in 2018.