A cyclist in Canada is wanted by police for defecating then throwing his feces on a woman’s windshield after colliding with her on the road then opening her car door to hurl abuse at her.

It is unclear when the incident happened but police in Victoria are yet to catch the man.

A brief bystander video of the incident showed him squatting beside the woman’s car then scooping up his feces and throwing it on the woman’s windshield. 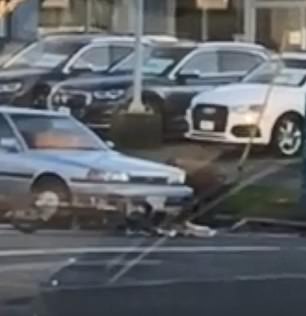 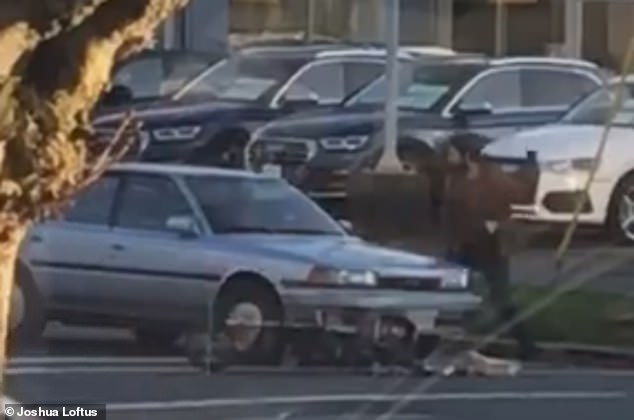 Police say that beforehand, they were involved in a traffic collision and he was abusive towards her.

At one stage, he opened her car door and tried to yell abuse at her.

After defecating and tossing it on the woman’s vehicle, he got back on his bicycle and cycled off.

Police are now appealing for information about the man’s identity.

He is described as a white male with a beard. He was wearing a brown sweater and blue jeans at the time.

As the witness filmed, he commentated: ‘Oh s**t!’ 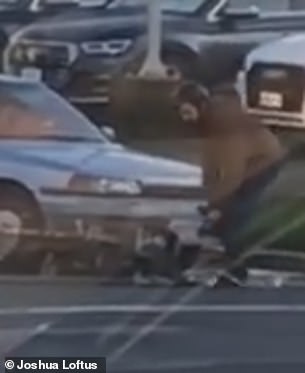 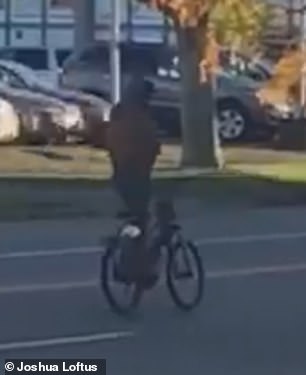 The cyclist then picked up his bicycle and cycled off. Anyone with information is urged to contact Victoria Police