Australian men are ‘lacking’ and the girls are too ‘beautiful’: Canadian reveals what she REALLY thinks about the ‘talent pool’ Down Under – and the one greeting she said was ‘stressful’

A young Canadian woman has shared the things she’s struggled to get used to since moving Down Under – and her harsh opinion of Aussie men.

In a viral TikTok clip, Jamison, who moved overseas two and a half years ago, said Australian men are ‘lacking’ compared to the ‘beautiful girls’.

She also said she had to get used to saying petrol instead of gas and how ‘stressful’ the typical Aussie greeting of ‘How you going?’ was when she first arrived.

Canadian expat, Jamison (pictured) has shared some observations about Australian after living down under for two and a half years including the amount of ‘lacking’ men and ‘beautiful girls’

‘First of all I think there’s just way too many beautiful girls in Australia and the men are lacking,’ Jamison said in a TikTok video.

Jamison also had to start saying petrol instead of gas when she landed in Australia – a language change she was happy to adopt.

‘Here you guys call petrol petrol, we call it gas, why?’ she questioned.

Finally, the expat said she was initially confused when Aussies would greet her with ‘How you going?’. 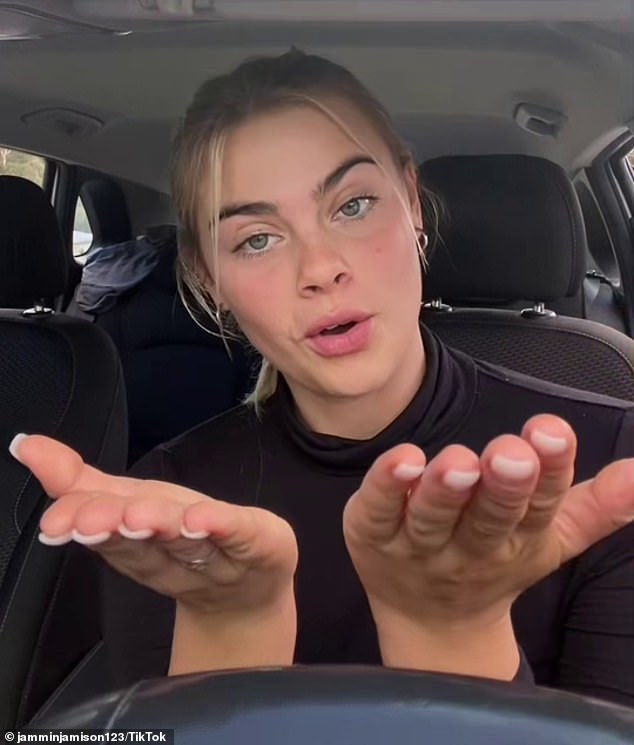 ‘First of all I think there’s just way too many beautiful girls in Australia and the men are lacking,’ Jamison said in a TikTok video

‘Everyone saying says ‘how you going?’ and you’re supposed to answer ‘not bad yourself?’ or ‘how are you?’ It’s just a quick exchange like it’s not trying to be a conversation,’ she explained.

‘It’s stressful, like if you’re walking on the street and someone’s saying ‘how you going?’ you have to speak really fast like ‘I’m good, how are you?’ and just keep walking.’

Jamison said the hasty conversation has sped up her speech in the few years she’s lived in Australia.

Her clip went viral with 274,000 views and sparked a lively discussion in the comments with many divided over her comments on Aussie men.

‘I SWEAR THE MEN REALLY DO LACK HERE! The rest of the world has an even ratio of beautiful men to women I swear,’ one woman said. 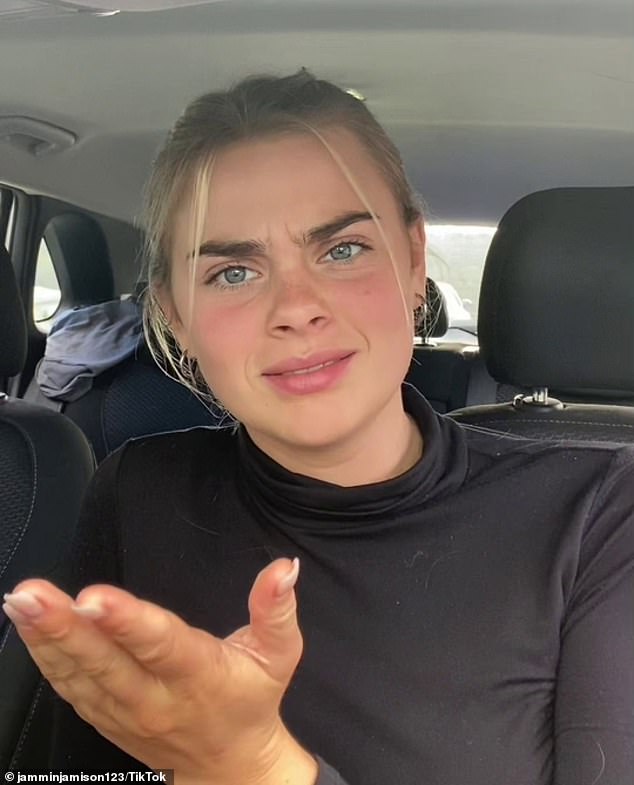 Jamison also said she used to get ‘stressed’ when Aussies would greet her with ‘How you going?’ and she had to give a ‘quick’ answer

‘Whatever. Aussie actors are better. Chris Hemsworth over Ryan Reynolds! ..next,’ wrote another.

‘Naaaa the men are definitely better looking,’ agreed a third.

‘I’ve lived in Australia my whole life and I’ve had enough of guys,’ joked a fourth.

Aussie viewers offered their advice for responding to the ‘How you going?’ greeting.

‘Honestly with the ‘how’s it going’ just say ‘hey’ back. It’s usually more of a greeting than an actual question,’ one person explained.

‘Say ‘how ya goin’ straight back to them as soon as they ask you and the ball is back in their court straight away,’ a second suggested.

‘I’ve never thought about the ‘how ya garn- good ya self’ exchange but ITS SO QUICK NOW THAT YOUVE MENTIONED IT,’ exclaimed a third.

‘I’m Australian and also never know how to respond to the street chat,’ admitted a fourth.