A far right Canadian activist who claimed ‘Allah is gay’ was slapped with a lifetime ban from coming to the UK after she was accused of distributing racist material.

Lauren Southern came under fire in February after she was caught handing out leaflets in Luton that proclaimed ‘Allah is a gay God’ and ‘Allah is trans.’

Although the 22-year-old said it was only a ‘social experiment’, she was detained in Calais when trying to re-enter the UK on March 13 and was questioned over the posters.

In a video posted on Thursday, Southern explained that she has received a lifetime ban from coming to the UK, stemming from the leaflet incident.

Lauren Southern, 22, received a lifetime ban from entering the UK, she explained in a video on Thursday 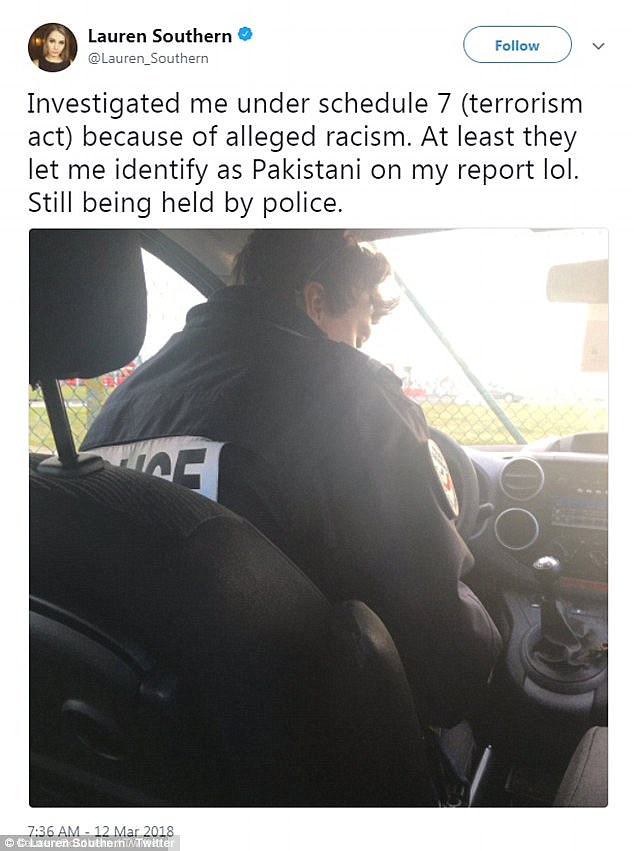 Southern said the Home Office slapped her with the lifetime ban ‘because she was caught distributing racist leaflets.’

In the blonde’s video, titled ”Allah Is Gay” – Here’s What Happened in Luton’, she claims it was a ‘social experiment of sorts’ because she wanted to explore how people would react to LGBTQ messages for the Muslim community.

She said she was inspired by a Vice article that focused on a similar theme that had LGBTQ messages involving Jesus and Christianity.

In the video Southern explains she wanted to see ‘what would happen if we played the role of an LGBT social justice warrior activist and set up a stall to celebrate LGBT diversity within the Islamic community.’

The video shows Southern handing out pamphlets and passersby stopping to confront her over the posters, with Southern eventually being told by police to leave.

Southern claims the UK has ‘blasphemy laws enforced by sharia’.

She concluded that her so-called experiment ‘highlights a double standard in Western societies: why is it racist to say Allah is gay, but not Jesus is gay?

Southern said she thought her police interaction in Luton was the end of the incident until she was quizzed for six hours by border guards in Calais earlier this month. 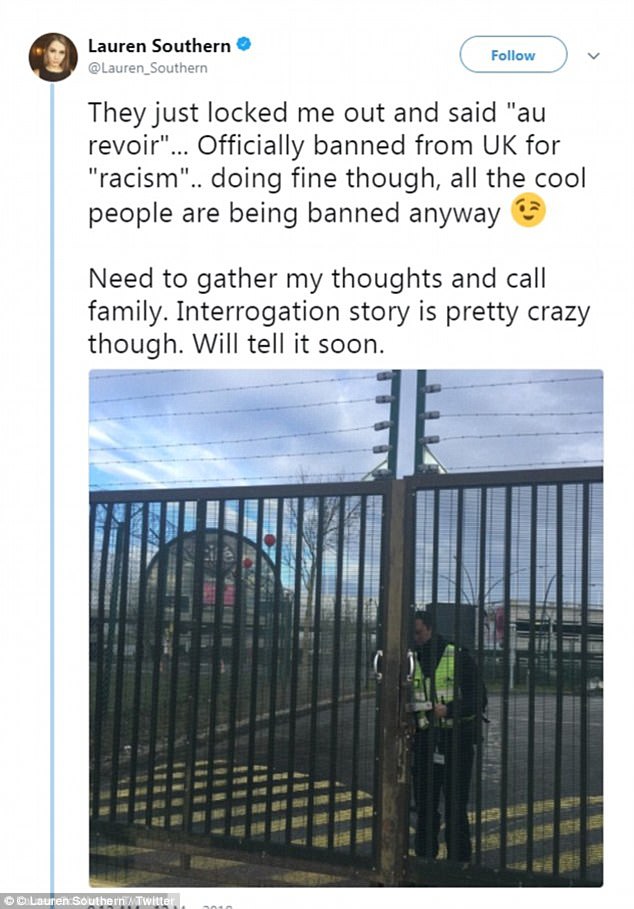 Southern documented her detainment in Calais. She was preparing to come to the UK to interview English Defence League co-founder Tommy Robinson

She was preparing to come to the UK to interview English Defence League co-founder Tommy Robinson.

The activist took to Twitter to document the incident, and said: ‘I’m not kidding about this, but during my questioning by the UK police I was asked about my Christianity and whether I’m a radical.

‘I was also asked how I feel about running Muslims over with cars.’

A British security official, who spoke on the condition of anonymity, said authorities had denied Southern permission to enter Britain on the grounds that her ‘presence in the UK was not conducive to the public good’.