Canadian inventor claims to have found the solution to ‘porch pirates’

Is this the end of ‘porch pirates’? Tiny lock uses aircraft-grade steel cable to stop packages from being stolen

Online shopping has revolutionized the way the world shops – but it has also given rise to so-called ‘porch pirates’ who steal deliveries right off people’s doorsteps.

After Canadian inventor Dennis Evans was struck by pirates himself, he vowed to come up with a solution – and created a device called Snare.

One in five Americans are thought to have fallen victim to ‘porch pirates’, with 1.7million parcels going missing across the US every day. 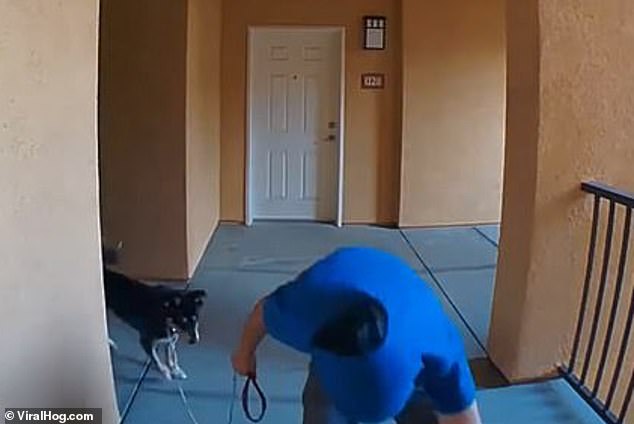 The system works by wrapping parcels in a loop made from aircraft-grade steel cable which is pulled tight, meaning the package cannot be taken by passersby.

The cable runs through through a lock which fixes on to the outside of a house using a specially designed bracket.

Whenever the homeowner is expecting a delivery, they take the lock outside and fix it on to the bracket, before locking it in place. 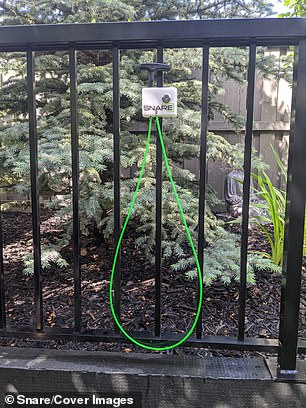 Evans has spent four years developing Snare, and is now raising money for the project on Kickstarter

After a package has been put inside the cable tightened, the only way to loosen it is by unlocking the box using the key.

The bracket has been designed to fit to brick, wood paneling or metal railings with screws, making it difficult to remove.

The cable itself is made from aircraft steel, meaning it is difficult to cut through – but flexible enough to fit all kinds of packages.

Evans admits that Snare, which is currently raising money on Kickstarter, is not totally secure – but said that is not the point.

Because porch pirates are opportunistic – striking because the parcels are an easy target – his aim was not to make stealing the parcel impossible, only to make it difficult enough that the crooks either give up or don’t bother in the first place.

He said: ‘I started Snare because I wanted to solve a problem I had personally experienced – my online orders were getting stolen right off my front porch! 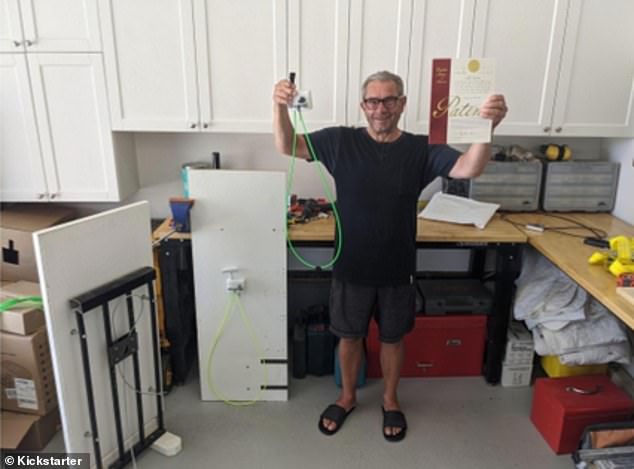 Evans said the project evolved three times after input from his wife, but is now patented and will be available from November this year

‘Every community site in my neighbourhood was posting videos of porch pirates stealing their parcels.’

While cameras might help to catch thieves, Evans noticed that they weren’t stopping them from taking the packages.

Over the course of four years – and with plenty of input from his wife – he developed a lock which he says makes taking packages much more difficult, if not impossible.

Snare will cost $100 when it is finished, but is available for an early bird price of $69 if you pledge through Kickstarter.