A Canadian oil worker has been hailed a hero after he rescued three kittens that became frozen to the ground with a cup of coffee.

Kendall Diwisch came across the freezing furry trio stuck in the snow while he was out inspecting wells near Tomahawk in Alberta on Wednesday.

Diwisch shared the heartwarming rescue story on Facebook along with a video of himself pouring warm coffee around the kittens to help free their paws and tails.

‘I found these three fellows on one of the back roads near one of my wells,’ he wrote.

‘Most likely dropped off. Poor things were frozen into the ice so they had to have been there all night.’

Canadian oil worker Kendall Diwisch (pictured) rescued three kittens that were frozen on the ground near Alberta last week. He shared the heartwarming story on Facebook along with a video of himself pouring warm coffee around the kittens to help free their paws and tails 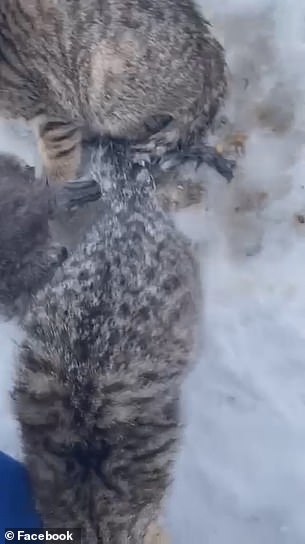 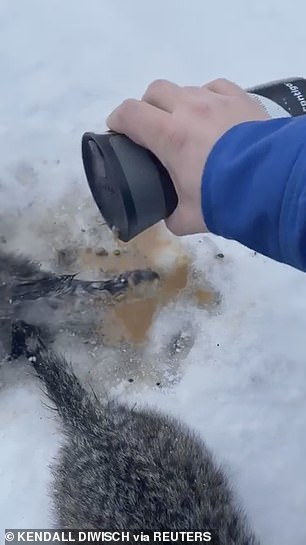 Diwisch said the kittens had likely been abandoned the night before and spent hours trapped in the snow. He ran to his truck to grab a mug of coffee to help thaw the ice they were stuck in

In the video, the tiny kittens, likely only a few months old, are seen huddled together on the ground desperately meowing as Diwisch approaches them.

He is able to free one of the cats with a gloved hand but the other two won’t budge, so he runs back to his truck and grabs a travel mug of coffee to help melt the ice.

Diwisch laughs as the kittens begin lapping up the coffee while he wrenches their tails off the ground.

He then carries all three back to his truck before taking them home to clean them off and give them food and water.

In the initial Facebook post he also put out a call to anyone looking to take in one of the kittens. 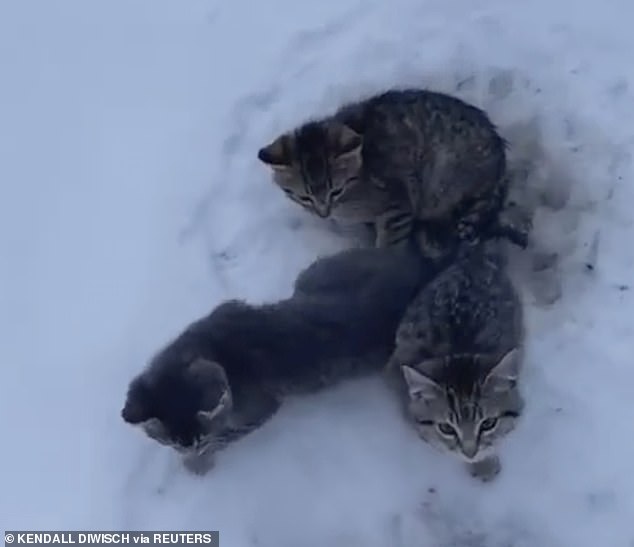 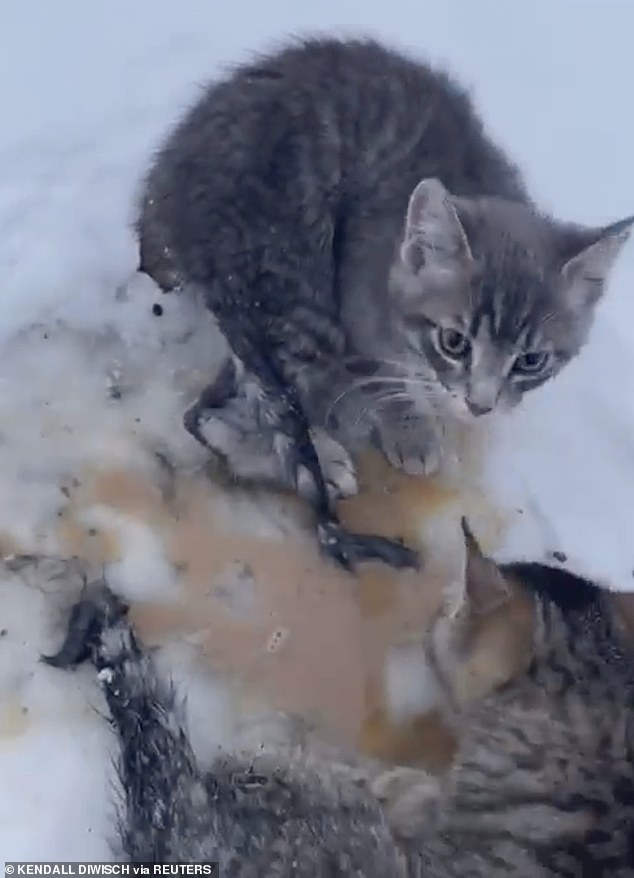 Diwisch later updated the post to say that they’d been adopted.

‘All three little rascals went to their new home today where they get to be together instead of separating them,’ he wrote. ‘All three are eating and drinking and very energetic.’

‘Thanks for everyone’s consideration and offering to take them very appreciated,’ he added.

Diwisch’s post has been shared more than 3,300 times as commenters praised his quick-thinking. 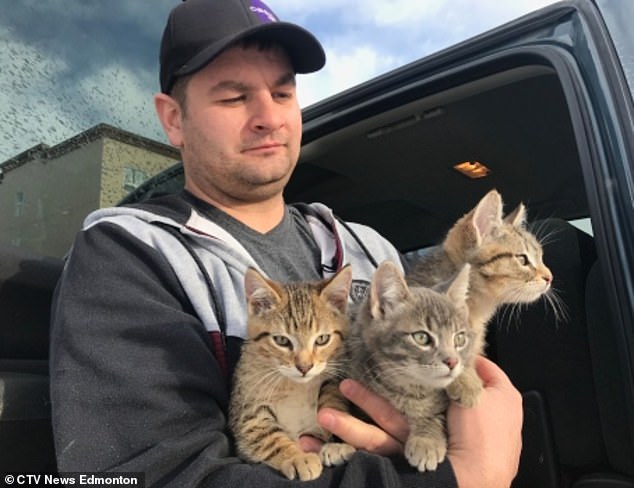 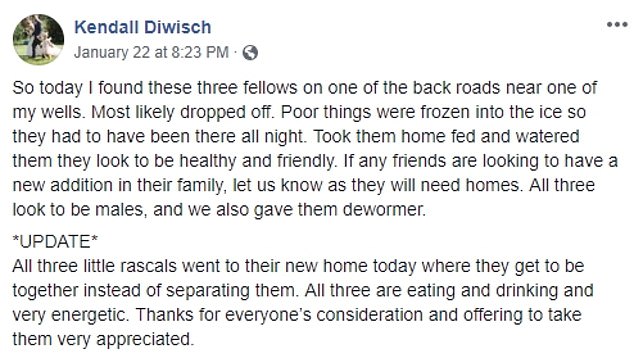