Garda World chief executive Stephan Cretier said he will create a ‘centre of expertise’ in Canada for training and research following a successful takeover of the British security business.

‘I cannot lose this fight,’ said the 57-year-old, adding that buying G4S was the only ‘step to becoming a global leader’.

Garda has tabled a 190p-pershare offer for G4S, worth just under £3 billion, but was forced to extend the deadline for accepting the offer when just 0.16 per cent of shareholders in the UK firm accepted.

A rival bidder, Allied International, has made a tentative 210p-a-share offer.

Describing himself as an ‘idealist, a bit naive and a dreamer’, Cretier outlined his plans for an enlarged company in an interview with Canadian TV channel Telejournal.

He suggested the balance of power would be at Garda’s base in Montreal rather than with London-based G4S, which has close to 30,000 UK staff. 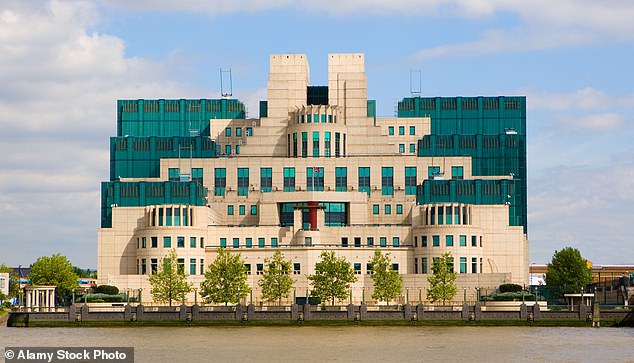 Spy game: The MI6 HQ in London, which Garda World chief executive Stephan Cretier is looking to for inspiration

‘The aim is to have everything joined up here in Montreal, something a bit like – if you have enjoyed James Bond films – the MI6 headquarters in London.’

Although the initial response to Garda’s bid has been poor, G4S’s largest shareholders have said they would be open to a higher offer.

Following the interview Garda said they intended to create jobs in Canada ‘but not at the UK’s expense’.