A Canadian businessman who is accused of sexually assaulting his blind date says he was experiencing ‘sexsomnia’ during the alleged incident.

Karl Richard Antonius, president and CEO of Boreal Metals Corps, pleaded not guilty to sexually assaulting a woman in 2015 during his trial this week in Vancouver, Canada.

In response to prosecutors, the 51-year-old claims he suffered from sexsomnia at the time of the alleged incident and therefore was not in complete control of his actions.

Sexsomnia, or Sleep Sex, is a sleeping disorder similar to sleep walking that causes an individual to involuntarily engage in sexual acts.

The initial accusations against Antonius were made in April by an unidentified woman who testified that he sexually assaulted her in his apartment.

Vancouver Sun reports that the two had visited several places before she lost her keys and Antonius suggested they go to his ‘work’ apartment at the Fairmont Pacific Rim hotel.

The woman says she had no interest in having sex with Antonius and wanted to get some sleep before tackling the task of finding her keys the next day. 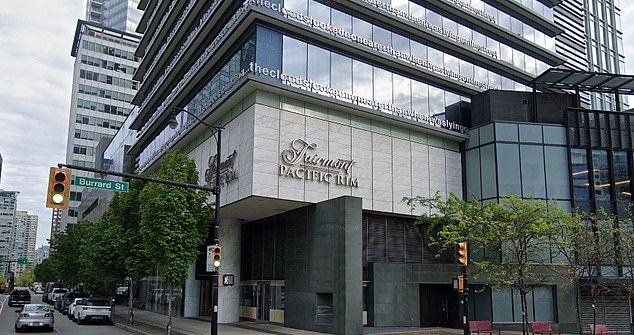 Pictured: the Fairmont Pacific Rim hotel in Vancouver, Canada, where Antonius and a blind date spent the night in 2015

Antonius reportedly gave the woman a change of shorts and a T-shirt to sleep in before she attempted to go to bed.

She says Antonius then tried to climb into bed beside her and groped her before she swatted his hand away while saying no.

The woman then fell asleep, but claims she awoke to find him engaging in non-consensual intercourse.

Antonius said in court that he has no recollection of this alleged incident in court and said after falling asleep, his next memory was standing in front of his refrigerator.

When he returned to the room, Antonius said the woman was inside the bathroom and then left his apartment while declining him a goodbye kiss.

He says the woman is angry that she was locked out of her apartment.

‘Sexsomnia’, or Sleep Sex is a sleeping disorder similar that causes an individual to involuntarily engage in sexual acts.

The disorder was first discovered in the 1990s, but brought to public attention in the 2003 issue of The Canadian Journal of Psychiatry.

It was initially classified as a parasomnia, which refers to unwanted behavior while an individual sleeps.

This category also includes:  sleepwalking, talking, teeth-grinding, even getting up and other actions.

Healthline reports that common symptoms include:

This disorder is still being researched.

This is the second time a woman has described Antonius committing similar actions in recent years.

In 2018, Antonius 20-year-old girlfriend testified about an incident that occurred in November of that year at  a condo in Puerto Vallarta, Mexico.

The girlfriend said Antonius tried to have sex with her several times one night when she was not in the mood for sex.

‘I already at that point figured it was a sleep walk. I was confused and scared,’ she testified in Antonius’ defense.

When she discussed the incident with Antonius later, she said he could not recall the incident.

Both Antonius’ mother and friends testified that the executive suffered from sleep problems throughout his life.

Val Downing, his mother, shared an incident in the summer of 2018 while the two were travelling through Rome.

Downing says the two were forced to share a king-sized bed and Antonius cupped her breast in the middle of the night.

Downing said: ‘I woke up and said, “Karl, it’s your mother, stop it,” and he stopped right away.’

She also described an incident in Stockholm when Antonius walked into her bedroom naked and demanded to know when she was sleeping in his bed.

When confronted about the incident later, Antonius denied remembering either.

Ip said that Antonius’ prior actions during the blind date, like touching the woman on her rear and hip, implied that he wanted to have sex with her. 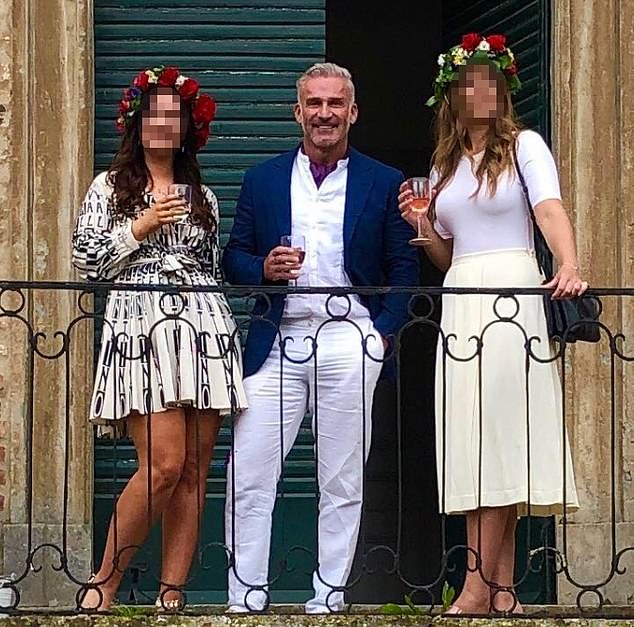 Friends and family of Antonius’ (middle) claim he has a history of sleep related problems, like sleep walking

‘I wanted to see her again. I didn’t want to have sex on the first date,’ he continued.

Ip replied: ‘You were going to have sex with [the complainant] that night, no matter what.’

At this point, Antonius’ girlfriend stormed out of the courtroom.

Antonius then argued that there had never been any discussion of sex that night and denied being belligerently intoxicated.

‘I wasn’t drunk. I had drinks that evening. I wasn’t out of control. I wasn’t staggering. I felt good,’ Antonius said.

Eventually, Ip suggested that Antonius was lying to protect himself from fault.

‘You have maintained this charade that you have no memory of the sexual assaults on [the alleged victim] and [the girlfriend]?’ Ip said.

‘You remember and you know exactly what you did to [the girlfriend] and [the complainant],’ he continued.

Antonius said: ‘I would never intentionally do that to a woman.’