A Canadian virtuoso has revealed that her one-of-a-kind, $194,000 piano is ‘kaputt’ after German movers dropped it last month.

‘It happened ten days ago, and has been such a shock to me that I didn’t immediately want to share it with the world,’ she began.

‘At the end of my most recent CD recording sessions (Beethoven Variations in Berlin), when I was so happy with the results and feeling elated, the piano movers came into the control room (where I was finishing up with my producer) to say they had dropped my precious Fazioli concert grand piano,’ Hewitt, who is one of the world’s leading classical pianists wrote.

Canadian virtuoso Angela Hewitt has revealed that her one-of-a-kind, $150,000 piano is ‘kaputt’ after German movers dropped it last month

According to Hewitt, the piano was the only F278 Fazioli in the world to have the 4-pedal mechanism that is normally reserved for the F308 model

Hewitt said that she used the piano for all of her ‘CD recordings done in Europe since 2003’ and many of her concerts.

‘I couldn’t believe it. Well yes, it happened, and unfortunately the piano, now that it has been inspected by Ing. Fazioli and his staff, is not salvageable,’ she said, adding that the iron frame is broken.

Hewitt said: ‘It makes no sense, financially or artistically, to rebuild this piano from scratch. It’s kaputt. The movers of course were mortified. In 35 years of doing their job, this had never happened before. At least nobody was hurt.’

According to Hewitt, the piano was the only F278 Fazioli in the world to have the 4-pedal mechanism that is normally reserved for the F308 model.

The piano had only recently been equipped with new hammers and strings.

‘I adored this piano. It was my best friend, best companion. I loved how it felt when I was recording–giving me the possibility to do anything I wanted,’ she wrote. 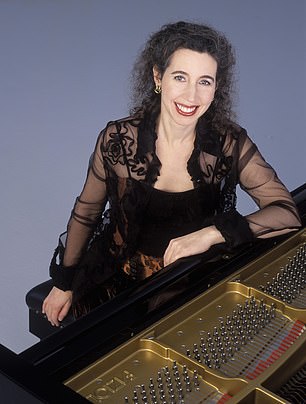 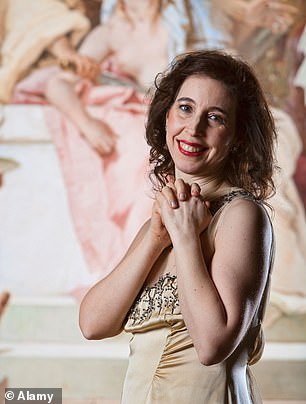 Hewitt said her fans will be able to hear that the piano was in top form on the Beethoven Variations CD when it comes out in November.

Over the summer, Hewitt is still slated to perform in Umbria, where she will still play on a Fazioli.

In the meantime, Hewitt will be dealing with the ‘insurance saga, and then I can choose a new one in Sacile when Mr. Fazioli has three of them ready for me’.

Hewitt said it could be several months before she receives a new piano.