‘She looks like Voldemort but has the heart of Harry Potter’: Dog-lover adopts pooch that had acid thrown in her face in Iran and brings her to Canada for life-changing surgery

A puppy that had acid thrown in her face in Iran has been given a new life in Canada and a change to have life-changing surgery.

Mugsy was doused in a corrosive cleaner when she was around six weeks old, burning much of her face and causing her to lose an eye, most of an ear and her nose.

Although her Iranian family loved her, they could not afford all the treatment that she would need, so they decided to put her down.

But at a vet’s office in Iran, a volunteer from Persian Paws Rescue and Loved At Last Dog Rescue intervened.

Mugsy, a Maltese-Japanese spitz dog with her new owner Sam Taylor at their home in Burnaby, British Columbia, Canada 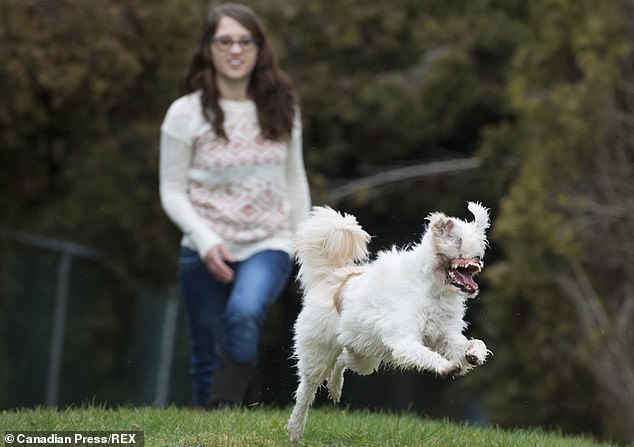 Full of life: At around six weeks old, Mugsy was doused in a corrosive acidic cleaner burning most of her face 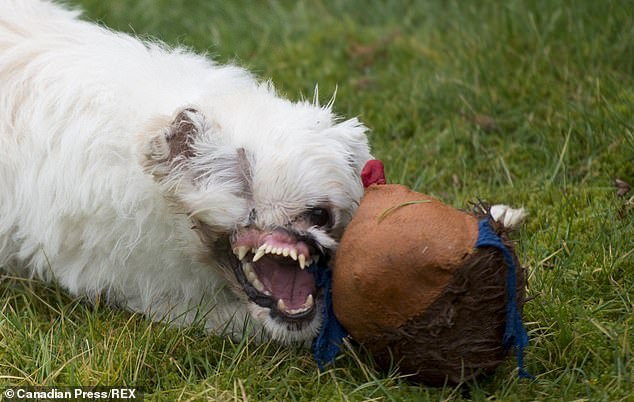 The attack left the puppy with much of her face burnt and it caused her to lose an eye, most of an ear and her nose

She also offered to pay for the Maltese-Japanese spitz mix’s eye removal, which was causing the dog the most pain and put her up for adoption.

Then Sam Taylor from Burnaby, British Columbia, saw an advert on Loved At Last Dog Rescue for a dog with ‘graphic injury’.

Once she saw Mugsy on the website, she said she couldn’t stop thinking about her.

Mugsy, originally called Hapoochi in Iran, which means ‘tiny puppy’, was flown from Iran to Canada and now lives with her new adoptive owner, Sam.

Sam said: ‘She looks like Voldemort but has the heart of Harry Potter and his friends. 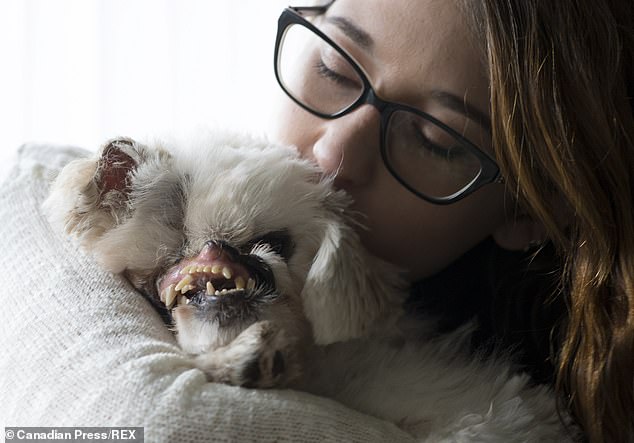 Sam Taylor from Burnaby, British Columbia, saw an add on Loved At Last Dog Rescue website  for a dog with ‘graphic injury’ 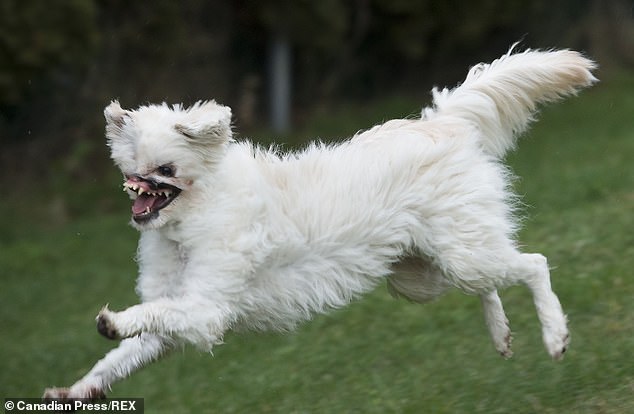 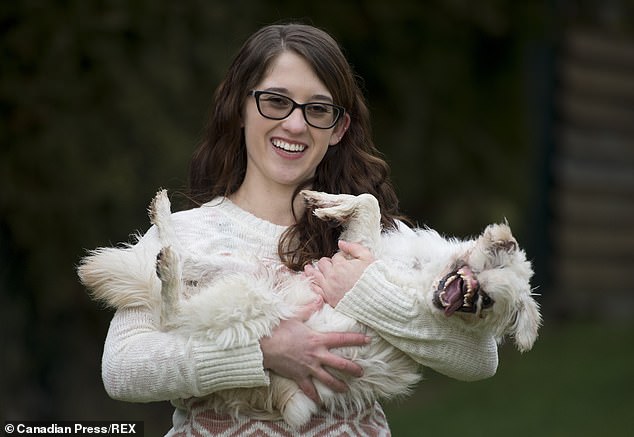 ‘It [the online picture] was very, very graphic. I read her story and just and felt, “Oh I really want to help this dog”.

‘But now she’s very spoiled. She gets squash and brown rice and sweet potato in her food. She’s pretty well-loved.’

Next month Mugsy will undergo the third surgery of her tiny life to repair the acid damage, to create nostril openings and use the tip of her ear to replace the melted bone and skin on the top of her nose.

The dog will be temporarily blind as the ear is folded over her face and attached over her nose so a blood supply forms from the ear onto the nose.

The next surgery will attach stents in place of nostrils and unfold the ear, with both operations expected to cost up to $7,000 CAD (£4,005). 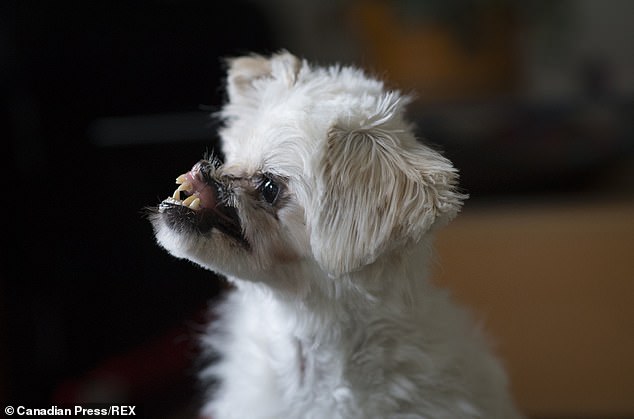 Mugsy, originally called Hapoochi in Iran, which means ‘tiny puppy’, was flown from Iran to Canada for surgery to her face