The Montreal Canadiens received criticism for drafting Mailloux in the first round after they had knowledge he’d been convicted of a sexual-based crime while playing in Sweden.

Back in 2020, the then-17 year old Mailloux was investigated for taking photos of a woman performing a sex act which were then circulated among his teammates. Those photos were not taken with the woman’s consent and he was fined for defamation and photographic activity constituting an invasion of privacy.

A legal advisor for Swedish police told the Athletic that ‘a summary punishment by fine has the same legal effect as a guilty verdict, i.e. conviction from a court’ in Sweden.

‘This is a decision that we have thought through carefully,’ general manager Kent Hughes said in a statement.

‘Having Logan around members of our team and hockey operations staff for a good part of the summer allowed us to gain a greater appreciation of Logan Mailloux the person.

‘He has an opportunity to affect positive change and we will work to support him in any effort towards that goal. Logan recognizes the impact of his gesture and of course, the process continues.’ 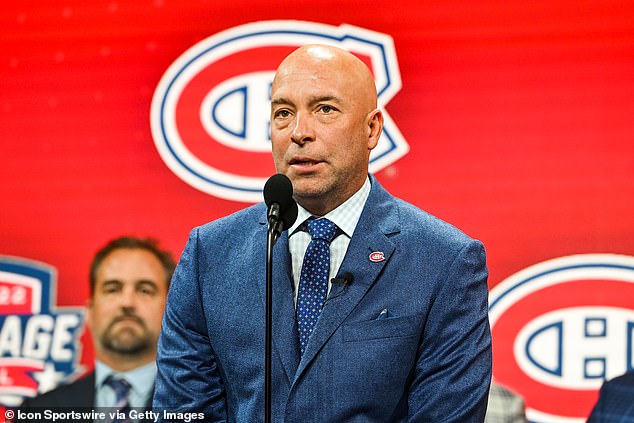 After news of the conviction was made public via a report from the Daily Faceoff, Mailloux dropped down the draft boards of a number of teams – with some putting him on their ‘no draft lists’ in spite of his talent. He was ranked as the 23rd best North American skater in his draft class.

The family of the woman involved – who was not identified – met with the hockey director of the team Mailloux played for at the time: SK Lejon. Mailloux continued to play for the team in spite of the punishment – a move that was questioned at the time by local press.

‘What happened affected (me) much more than he thinks,’ the woman told investigators.

Mailloux says he’s remorseful and regrets his actions when speaking to media this July.

‘To her’s and the court’s wishes, I haven’t spoken to her the past two years. But I hope that she does understand that this is something that I live with. I think about it every single day.

‘It’s definitely something that I’m going to carry with me and she’s going to carry with her for the rest of her life, so I just hope that she does understand and knows how sincere I am about everything and how much I do care about this whole situation.’ 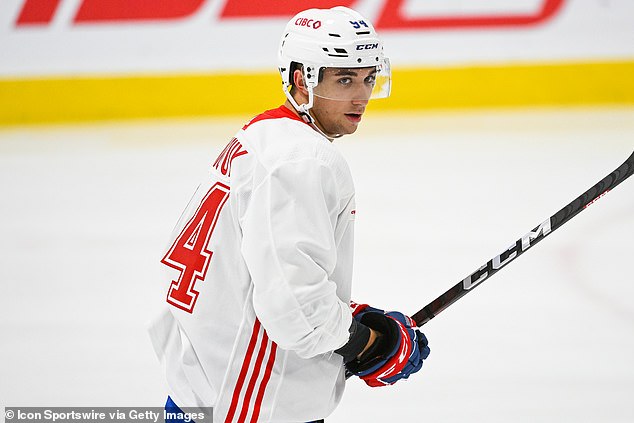 Before the day of the NHL Draft, and in recognition of his mistake Mailloux asked teams to not draft him in 2021.

‘Being drafted into the NHL is an honor and a privilege that no one takes lightly,’ Mailloux said in a statement released on social media.

‘The NHL draft should be one of the most exciting landmark moments in a player’s career, and given the circumstances, I don’t feel I have demonstrated strong enough maturity or character to earn that privilege in the 2021 draft.

‘I know it will take time for society to build back the trust I have lost, and that is why I think it is best that I renounce myself from the 2021 NHL draft and ask that no one select me this upcoming weekend.’

In spite of his statement, the Canadiens still chose to select Mailloux in the first round of the draft at 31st overall. That choice was met with derision from hockey fans everywhere – including lifetime Montreal fan and Canadian Prime Minister Justin Trudeau, who said he was ‘deeply disappointed’ by the team’s position. 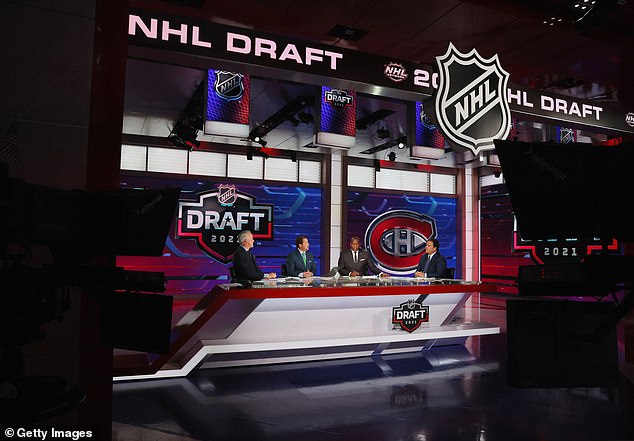 Despite removing himself from consideration, Montreal still selected Mailloux in the 1st round

The Canadiens released a statement with their reasoning behind the pick. ‘Logan understands the impact of his actions. His recent public statement is a genuine acknowledgment of his poor behaviour and the first step on his personal journey

‘We are making a commitment to accompany Logan on his journey by providing him with the tools to mature and the necessary support to guide him in his development. We are also committed to raising awareness among our players about the repercussions of their actions on the lives of others.’

Former Montreal general manager Marc Bergevin said that the team was going to ‘work closely with him, give him the support that he needs.’

‘We need to work with him and we did talk to him and he’s very aware of that and very remorseful. So that is a big step.’ 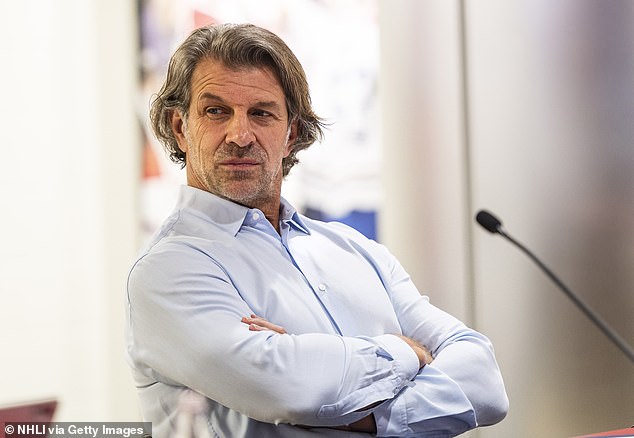 It’s important to note that Bergevin was the director of player personnel of the Chicago Blackhawks during the 2010 season. An investigation found that Chicago knowingly covered up multiple accusations of sexual assault and misconduct by trainer Brad Aldrich against two members of the team in pursuit of that season’s Stanley Cup.

Mailloux spent last season with the London Knights of the Ontario Hockey League (OHL). The OHL suspended him due to the incident in Sweden and he was not allowed to play again until January 1st of this year.

He played 12 games with the Knights, putting up three goals and six assists for nine points and 13 penalty minutes. 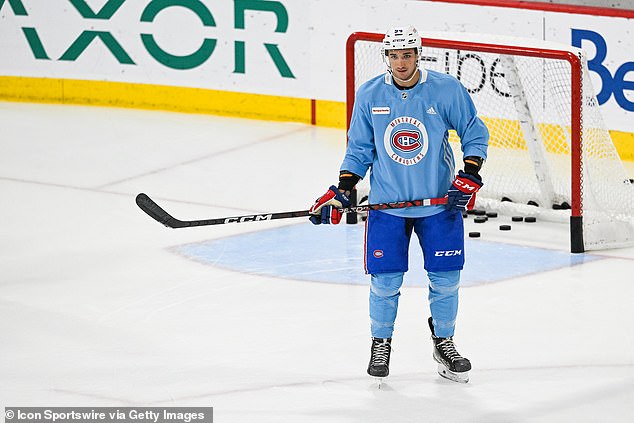 After serving a suspension, Mailloux played 12 games with the London Knights of the OHL