In the wake of Raiders coach Ricky Stuart’s explosive press conference, it’s been revealed a 12-year-long grudge was behind him labelling Panthers five-eighth Jaeman Salmon a ‘weak gutted dog’.

Stuart was fuming about an incident in the 60th minute where Salmon appeared to kick Raiders hooker Tom Starling in the groin during the side’s disappointing 26-6 loss to Penrith at Canberra Stadium on Saturday night.

He labelled Salmon a ‘weak gutted dog’ in an extraordinary tirade that is one of the most explosive post-match press conferences in rugby league history.

The fiery Canberra coach revealed in his stunning broadside that he had known Salmon for a long time – and had never been a big fan of the former Sharks junior.

Jaeman Salmon (unseen on ground, boot between legs) is seen appearing to kick Tom Starling in the groin as he attempts to get up after being tackled

‘Where Salmon kicked Tommy (Starling), it ain’t on. I have had history with that kid (Salmon). I know that kid very well,’ Stuart said at the post-match press conference.

Veteran coach and commentator Phil Gould confirmed on Saturday that Stuart had known Salmon since his son had played junior footy with him, though admitted he’d ‘never heard a coach say anything like that at a press conference’.

It’s since been revealed just what led to a grudge that is still simmering within Stuart 12 years later, with the Sydney Morning Herald reporting that there was an incident at a junior league game in Cronulla during 2010. 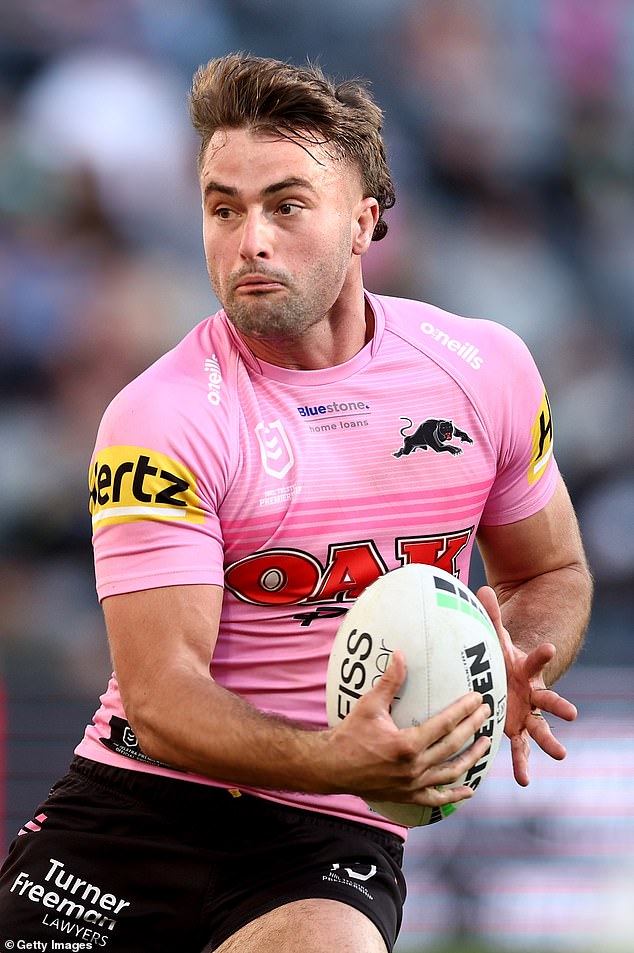 It was indicated there was an incident between Salmon and Stuart’s son that led to the latter being in tears.

Stuart, who was coaching the Sharks at the time, then approached Salmon; whose father took great exception – when the two fathers had to be separated by onlookers as the situation became heated.

It’s not known which son was involved; Ricky has two: Jed, who has represented Australia in Rugby Sevens, and Jackson, who went on to play junior footy for the Raiders. 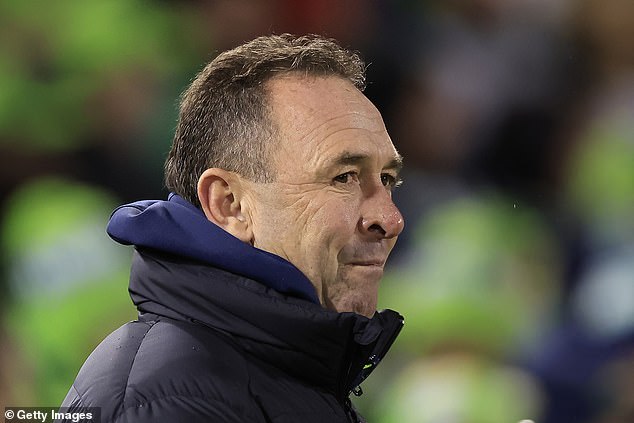 Though he initially refused to back down from the ‘weak gutted dog’ comment on Saturday night, the opportunity to sleep on it had changed Stuart’s mind.

‘I regret saying what I did on that platform after the game. I was speaking as a father and not as a football coach,’ Stuart said in a statement to Channel 9.

‘I allowed my emotions to get the better of me and for that I am very sorry.

‘There is a history between Jaeman Salmon and my family that I will not go into. I should not have brought it up after the game … I’m truly sorry that I have caused my family and the game unwarranted attention,’ said Stuart. 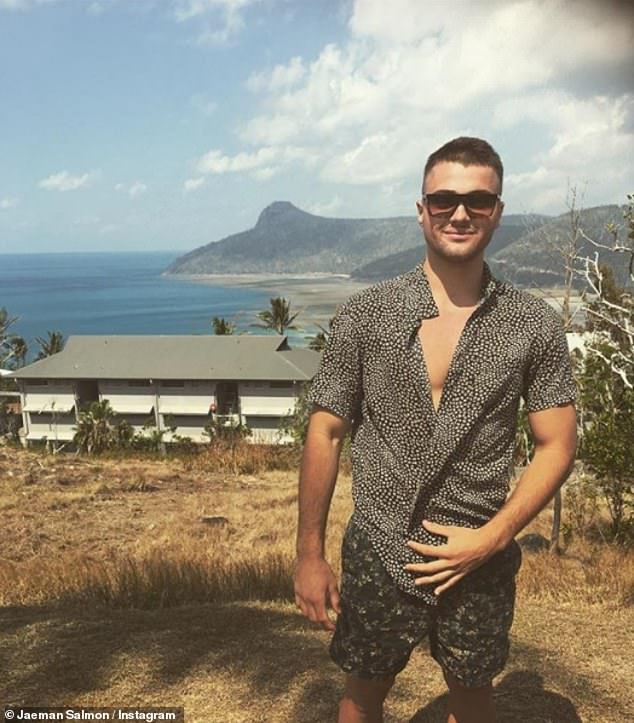 ‘Ricky Stuart has been coaching in the game for 20 years … absolutely disgraceful comments.’

The league’s CEO, Andrew Abdo, confirmed that the NRL Integrity Unit was looking into the press conference, with a fine and even suspension no doubt being looked at.

‘It’s a disappointing situation. This happened last night and everyone deserves due process. We will get all the facts before making a decision,’ he told the Sydney Morning Herald.

The incident is just another chapter in the heated rivalry that has been simmering between the two clubs since Penrith star Jarome Luai hit Raiders forward John Bateman high during a melee in 2019.