A ruthless team performance from the Raiders saw them surge into the NRL top eight after thrashing an out-of-sorts Sea Eagles 48-6 on Saturday.

Buoyed after the Broncos were hammered by the Eels on Thursday night, the hosts knew they needed to start well.

And they did so in emphatic fashion.

Canberra lead 28-0 at the break, with Jack Wighton, Hudson Young and Jordan Rapana the standouts in the first half at GIO Stadium.

New Zealand international Rapana crossed in just the fifth minute, and the men in lime green didn’t relent, with the defence of the Sea Eagles non-existent at times.

Hudson Young was a standout performer for the Raiders, finishing with two tries to his name 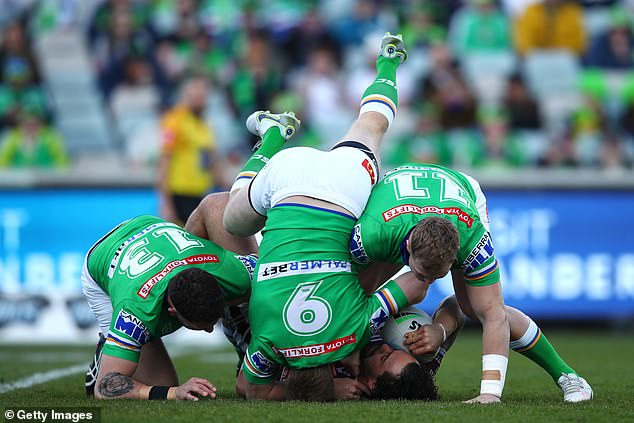 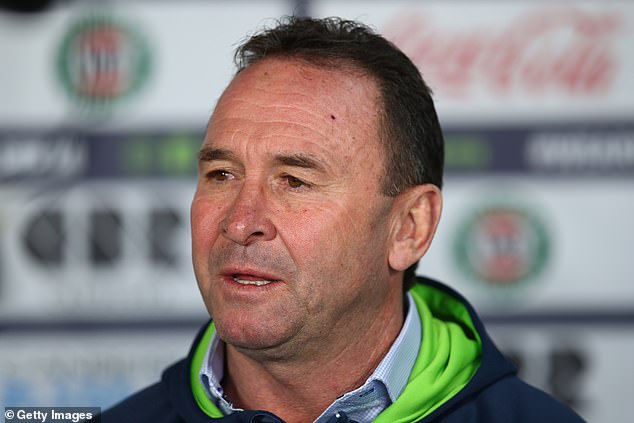 Raiders coach Ricky Stuart was pleased with the end result, but knows his team will have to improve their missed tackle count against the better teams in the NRL

With for and against vital, the Raiders didn’t relent after the break, with further four pointers to Young, Albert Hopoate, Seb Kris and Corey Harawira-Naera.

Des Hasler’s men have now lost six matches on the trot, with their last victory in round 18 versus the Knights on July 16.

The infamous rainbow jersey saga then followed, where seven Manly players stood down from the clash against the Roosters based on their collective cultural and religious beliefs.

Many Sea Eagles fans felt their finals chances evaporate on the spot as the fiasco caused a clear divide in the playing group, despite denials from the club. 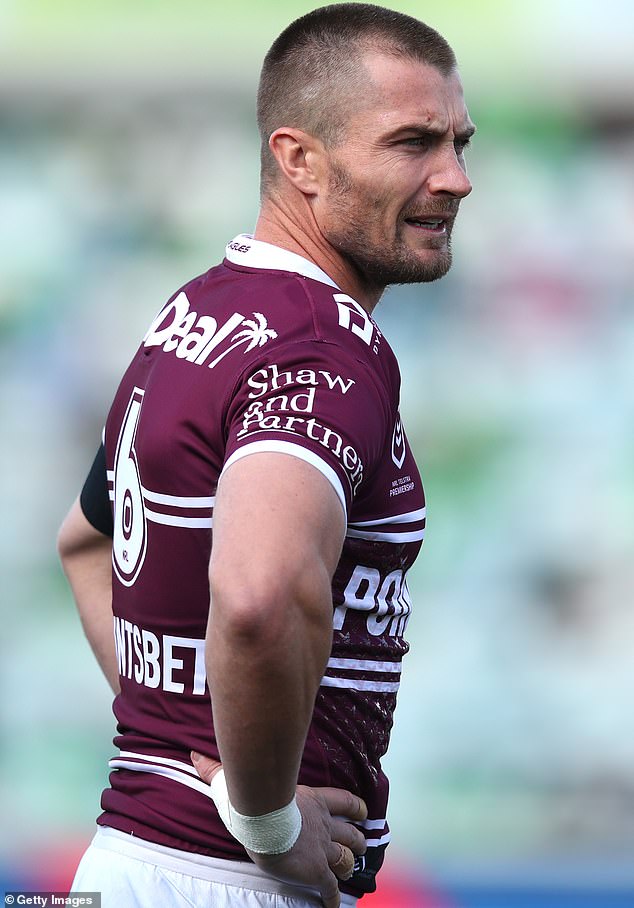 Kieran Foran never stopped trying for Manly, and will play his final game for the club next week after signing with the Titans for 2023 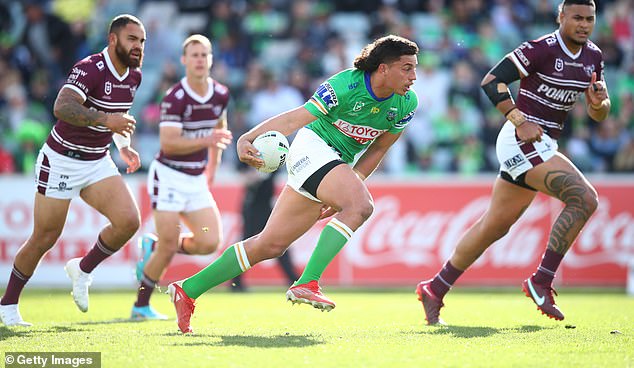 Subsequent defeats at the hands of the Eels, Titans, Sharks and Raiders have proven the rift among the playing group is evident.

Canberra’s commanding 42-point win on home soil now sees them nestled in the top eight, and if they beat the Tigers next weekend and the Broncos lose to the Dragons, they will play finals football.

Fed up Manly fans were irate at what their team dished up in the nation’s capital, and vented their fury on social media.

‘The players have truly given up this season. They’re that bad they look like they’re throwing the match,’ one fumed, with another stating ‘first time in my 49 years as a fan I am embarrassed to support this club.’

Manly finish their 2022 campaign when an away clash versus the Bulldogs at Accor Stadium on September 2.