A 29-year-old woman has pleaded guilty to a raft of charges after she rammed a stolen car into a corrective services vehicle carrying her fiancé, helping him escape.

Ms Walto went on the run with fiancé Kane Quinn after helping him escape from a car driven by corrections officers in July last year.

Court documents revealed Ms Walto stole a Jeep Wrangler during a test drive from a Fyshwick dealer on July 9, The Canberra Times reported.

Ms Walto was given permission to drive the car after she provided the salesman with a licence under another name and told the seller that she had a loan approval of $100,000.

She then requested a second test-drive without the presence of the salesman so that she could show her dad, who she claimed was sick at home.

The salesman denied her request and together the pair went on another test drive.

While on the drive, Ms Walto said she needed to smoke and the pair pulled over to the side of the road. She then stole the vehicle and left the car salesman beside the Majura Parkway.

The court heard Mr Quinn was transferred to Alexander Maconochie Centre Health Ward after he told staff he had swallowed a battery and was not feeling well.

Staff were reluctant to take Mr Quinn to Canberra Hospital as they believed Mr Quinn had planned to collect illicit drugs stashed near a poster in the hospital. 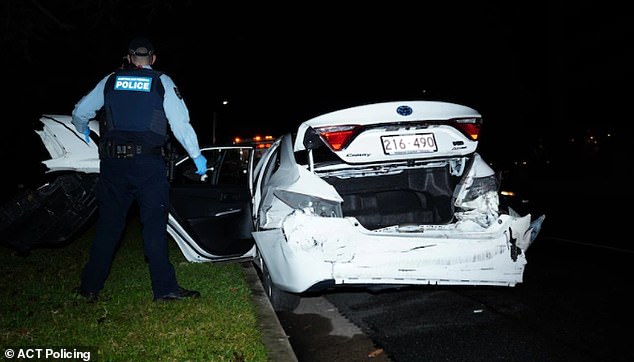 Ms Walto rammed into the back of the Corrective Services’ car several times before following the vehicle into a street near Manuka shops. Mr Quinn allegedly yelled: ‘she’s trying to kill me’ before he jumped into the four-wheel-drive and fled with Ms Walto

Police told Mr Quinn a package believed to be drugs was found at the location. The prisoner allegedly became abusive to staff and demanded to be taken to the hospital, insisting he had swallowed a battery.

Ms Walto can be seen ramming the ACT Corrective Services’ car several times before following the vehicle into a street near Manuka shops.

‘The boot of the vehicle was bent up when staff felt another collision from behind by the same Jeep,’ court documents said.

The car was hit a third time and spun ‘out of control onto the median strip’ on Hindmarsh Drive.

Ms Walto rammed the car several more times before the correction officers and Mr Quinn stepped out of the vehicle. 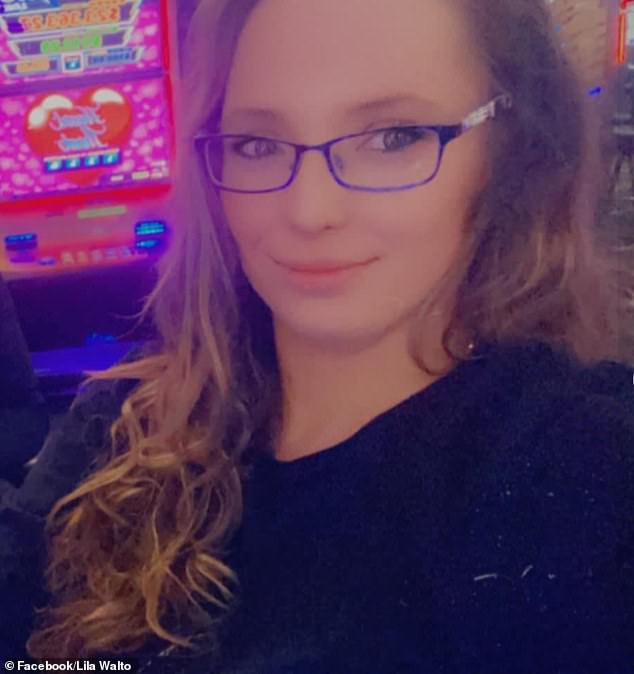 Court documents said Ms Walto, 29, (pictured) stole the Jeep Wrangler from a car dealership in Canberra after the salesman who was driving the car during a test-drive agreed to pull over so she could smoke

Mr Quinn allegedly yelled ‘she’s trying to kill me’ before he jumped into the four-wheel-drive and fled with Ms Walto.

Their escape car was found later in the day, on fire at the nearby suburb of Forrest.

Police conducted a city-wide search and found the pair hiding at a home in Lyneham, in Canberra’s north.

After a short negotiation Ms Walto exited the home.

In documents tendered to the court police said they could hear power tools being used in the crawl space in the roof.

Police allegedly heard a voice calling out from inside: ‘I’m not coming out until I have smoked all my drugs.’

Police obtained telephone calls recorded at the jail between the pair on the morning of the incident.

‘Yeah, baby, everything is ready for me and your mum have dinner tonight,’ Ms Walto said to Mr Quinn.

When questioned, Ms Walter allegedly told police she was planning to run away with Quinn to start a new life together.

Mr Quinn pleaded not guilty to escaping lawful custody and is still fighting the charges.

Ms Walto was remanded in custody and will appear before the Supreme Court for a procedural hearing on May 12 and will be sentenced later this year.

She has also pleaded guilty to two other charges that will be dealt with by the Magistrates Court. 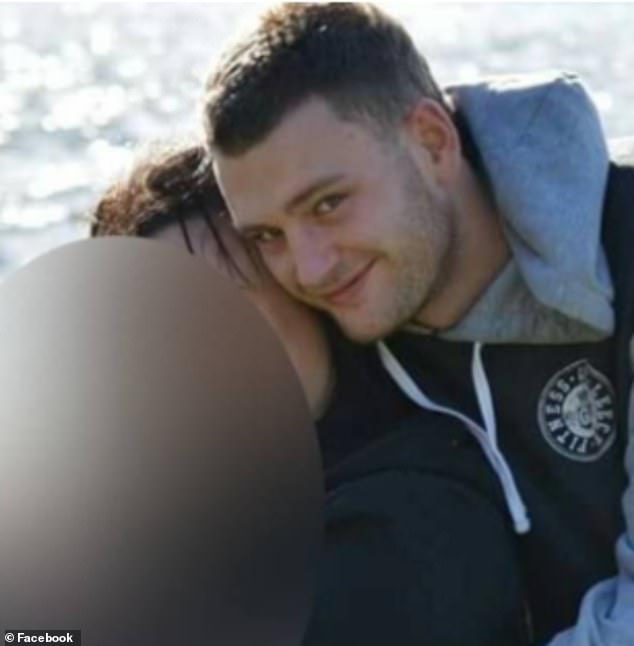 Mr Quinn (pictured) was on the way to Canberra Hospital after he alerted prison staff that he had swallowed a battery and was feeling ill. Three corrections staff were in the car with Mr Quinn when the incident occurred. Mr Quinn has pleaded not guilty to escaping lawful custody