A Californian army base is to be investigated after nearly a thousand soldiers stationed there developed rare blood cancers.

The Centers for Disease Control and Prevention (CDC) revealed it plans to test the drinking water at Fort Ord, Monterey Bay, for contamination.

At least 40 dangerous chemicals have been detected in the base’s water, including tricholoroethylene, or TCE, a ‘miracle’ degreaser linked to several cancers.

Veteran victims say the Veterans Association has refused to offer them aid, forcing them to work part-time jobs such as baggage handlers while receiving treatment or recovering from surgery. In the region including Fort Ord, studies show veterans are a third more likely to develop cancer.

Leaky petrol tanks and discarded ammunitions at the site are feared to have contaminated the local water supply.

About 50,000 soldiers were stationed at the military base until 1994, when the army began to shut it down.

The area has since become a wildlife refuge, but only after $250million was spent clearing the site of debris.

Fort Ord in Monterey Bay, California, is having its water supply investigated by the CDC over claims its drinking water was contaminated. Pictured above is the base with a tarpaulin over rubble, warning it contains asbestos and lead 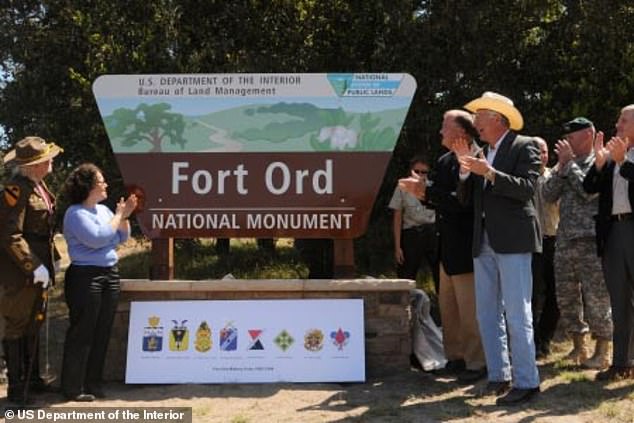 Fort Ord was home to about 35,000 soldiers at any one time until 1994, when the military started to wind down the base. It is now a nature reserve 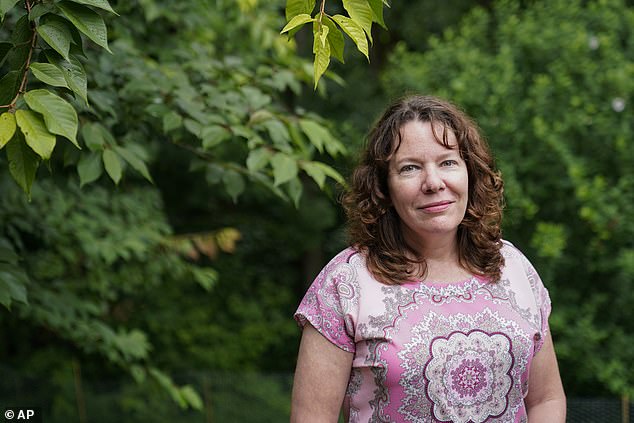 Julie Akey, now 50, is one of the nearly 1,000 servicemen who were at the site but have since been diagnosed with blood cancer. She believes she got the cancer due to contamination 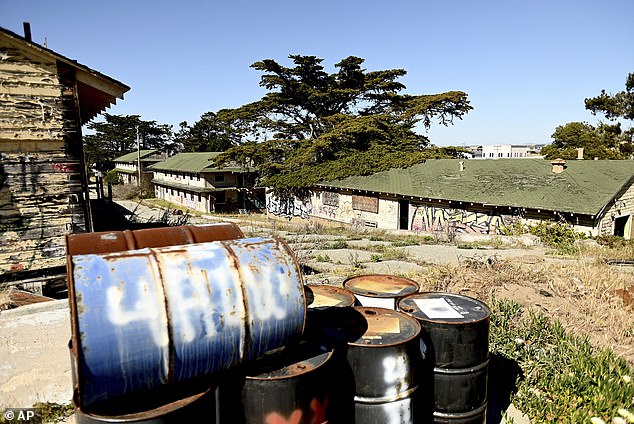 The CDC sent a letter to Democrat Congresswoman Katie Porter last Friday, who is leading oversight efforts on toxic exposures at the fort. She is also battling to be re-elected to represent Orange County outside Los Angeles.

The CDC’s director for the Agency for Toxic Substances and Disease Registry (ATSDR) Patrick Breysse said in the letter that ‘there is sufficient data’ to start investigating.

He wrote: ‘[There is] sufficient data and scientific reasons for ATSDR to re-evaluate health risks related to historical drinking water exposures at Ford Ord.’

‘You don’t ever think you’re going to have cancer at 46’: Veteran diagnosed with rare blood cancer after stint at Fort Ord

The then 25-year-old attended classes at the base, drunk its water and even grew vegetables.

Some two decades later she was diagnosed with blood cancer despite having no family history of the condition.

She fell ill while in Bogota, Colombia, working as a translater for the State Department’s foreign service.

After doctors could not diagnose the mother-of-two’s illness she was shipped back to the US.

After weeks at the Mayo Clinic she was diagnosed with multiple myeloma at the age of 46 years.

She applied to Veterans Department for AID but was denied it.

She ended up working at a nearby airport while recovering from a bone marrow transplant.

‘You don’t ever think you’re going to have cancer at 46,’ she said.

‘Why? Why do I get this crazy cancer that no one’s ever heard of?’

She checked out her placements in Guyana, Ecuador, Nigeria, North Carolina and Georgia — but eventually zeroed in on Fort Ord.

Ms Porter had asked for the investigation in February, two days after an investigation by the Associated Press found evidence of contamination.

‘They were willing to serve their country and put their lives on the line, and as a result of their willingness to serve I think we really owe it to them,’ he said.

Army veteran Julie Akey, 50, who served at the base before being diagnosed with multiple myeloma in 2016, said she was ‘confident’ that ‘science will prove our high rate of cancers and illnesses are not a coincidence’.

Concerns were first raised about contamination at the base in 1990, when the Environmental Protection Agency called it one of the most polluted places in the US.

It spotted more than 40 ‘chemicals of concern’, including TCE.

Since then studies have suggested servicemen from the base have an at least 35 per cent higher rate of cancers than in the general population.

The dots started to be joined when Ms Akey began a Facebook group after being diagnosed with blood cancer in her 40s.

It has since amassed many members, with many saying they had also been struck down with cancer at an unexpectedly early age.

Officials continue to insist that the base is safe, however.

The Department of Veterans Affairs told AP earlier this year that contamination was ‘within the allowable safe range’.

There are suggestions that the army was aware of the contamination.

Previous reports show it found TCE in Fort Ord’s wells 43 separate times from 1985 to 1994 with 18 tests showing it exceeded safe limits. No action was taken, however.

To date the military has only acknowledged contamination leading to cancer at one site: Camp Lejeune in North Carolina.

Servicemembers there were found by epidemiologists to have a higher mortality rate from cancers including leukemia than others. Men developed breast cancer and women who served there and then became pregnant were more likely to have babies with deformities.