An 82-year-old cancer patient was forced to wait seven hours before being seen in an accident and emergency despite her being sent there over fears she had suffered a heart attack.

Olive Keers was pictured with her head slumped on a table after being sent to A&E when she told staff during a chemotherapy session she’d suffered chest pains the night before.

Her daughter Susan Keers, 51, from Wrexham, praised the ‘caring and professional’ staff at Glan Clwyd Hospital near Rhyl but blamed government cuts for the situation and said she will be making an official complaint.

Mrs Keers is currently receiving radiotherapy and chemotherapy at the hospital after being diagnosed with bowel cancer in August.

During her chemotherapy session on Friday, November 23, she mentioned the chest pains and was sent to A&E as staff feared she’d had a heart attack.

Her daughter, who was with her at the time, said: ‘We have the most caring and professional nursing staff and doctors in the world, but the treatment of my mum was disgusting. 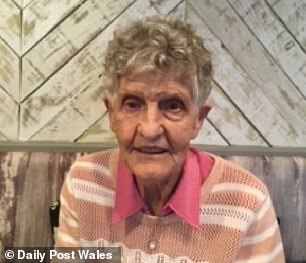 ‘On Friday, I took her for her final chemotherapy treatment of that week and arrived at 1:30pm.

‘She informed the nurse that she had been feeling unwell due to chest pains and he immediately put her on an ECG machine which came back as irregular.

‘He sent us straight down to A&E and told us a crash team was available if she was in fact having a heart attack.

‘We arrived at A&E at 5pm and, after two hours, I asked how long we would be waiting for, as mum was starting to feel unwell.

‘A doctor apologised for the delay and said we had been forgotten about! ‘We were then taken to a side ward to wait for a chest X-ray and mum was sat in a reclining armchair rather than a bed.

‘By now, we’d been here for seven hours and mum was absolutely exhausted after a week of chemo and she was feeling unwell.

‘At midnight, she was finally sent for an X-ray before being sent back to sit in the armchair to wait for a bed.

‘A nurse then informed us that there were no beds available and mum would have to stay in the armchair all night.

‘Obviously, I was unhappy with this, so I explained her condition and the nurse kindly agreed to put mum in a room just off A&E and make a bed up.

‘Before she had the chance, we were told that a bed had become available so we walked down to the ward only to be told it had now gone and we were sent back to A&E. 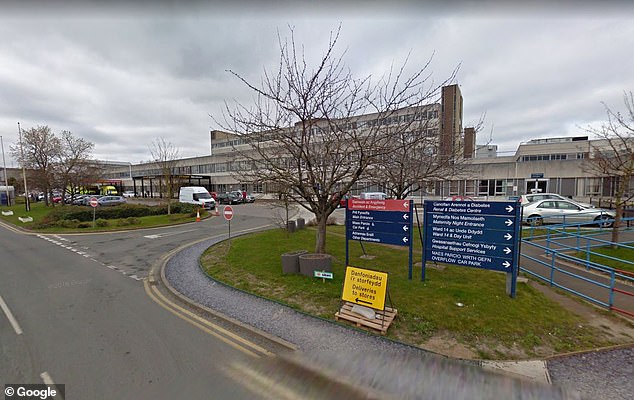 ‘A bed was eventually made up at 12:35am and I left the hospital, but I heard the next day that, after an hour in that room, mum was moved again to another bed.

‘The nursing staff were very kind and the delays were not their fault – they are run ragged from all the government cuts – but I will be making a formal complaint.

‘I don’t think mum should even have been in A&E with her immune system being so low due to the cancer treatment.’

A spokesperson for Betsi Cadwaladr University Health Board said: ‘We’re sorry to hear this account of the care provided in our hospital.

‘We would like the opportunity to investigate this formally, and urge Ms Keers to contact us directly so that we can look into her concerns.’