Two best friends have received stunning ambush makeovers after reuniting for the first time in 30 years and learning they are both cancer survivors.

Linda Krkuc, 56, from Fort Lauderdale, Florida, planned a girls’ trip to New York City with her best friend Karoline Peralta, 54, from Boston, Massachusetts after three decades apart, and they were both plucked from the crowd in the Today show plaza for makeovers on Thursday morning.

‘We haven’t seen each other in 30 years, and when we reconnected, we found that we both had cancer and had been through hell and back. So we’re really excited,’ Karoline told Today style expert Jill Martin ahead of their transformations. Then and wow! Linda Krkuc, 56, from Fort Lauderdale, Florida, received an ambush makeover on the Today show on Thursday morning 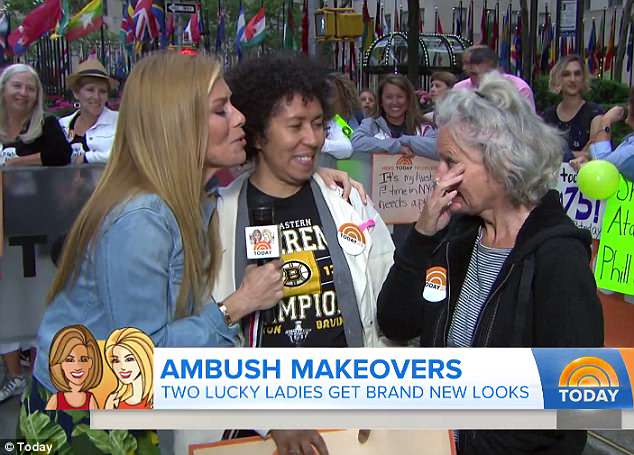 Girls’ trip: Linda traveled to New York City with her best friend Karoline Peralta, 54, from Boston, Massachusetts, and she was also picked for an ambush makeover

Linda shared a similar sentiment while explaining all the reasons that Karoline deserves to be primped and pampered for the day.

‘Karoline and I reconnected in a way after 30 years — like we picked up and everything was the same,’ Linda said. ‘She works so hard for her family, and she takes care of her kids with her husband, and she is just always going. She survived the cancer and she is doing great.

Linda was first to step on stage to show off her new makeover, and Today anchor Hoda Kotb noted that she looked ‘very New York.’

She was stunned when she turned around and checked out her makeover for the first time. 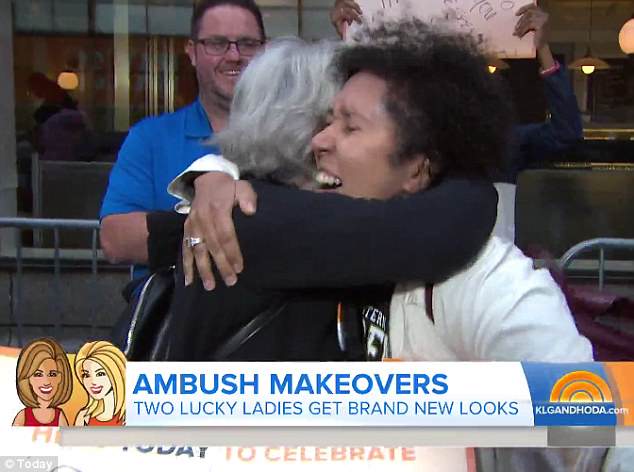 Reunited: Linda and Karoline recently reconnected after 30 years apart, and they both learned that they are cancer survivors Amazing story: ‘Karoline and I reconnected in a way after 30 years — like we picked up and everything was the same,’ Linda said

‘Oh my god. Wow,’ she said in disbelief.

Celebrity hairstylist Louis Licari explained that Linda is proof that a little can go a long when when it comes to a makeover.

‘She looks so chic, so sophisticated an absolutely beautiful,’ he said.

Linda’s chin length bob was cut up to her ears, and her gray hair was dyed a warm blonde.

As for her outfit, Jill put Linda in a flattering dress featuring a ruffle collar and black pumps. She topped off the look with a pair of statement hoop earrings that were on full display thanks to Linda’s short new ‘do. 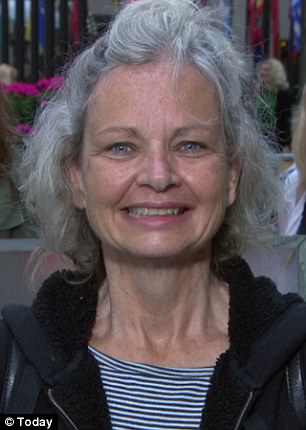 Stunning: Linda’s gray hair (L) was cut to her ears and dyed blonde (R) as part of her makeover Thrilled: ‘Oh my god. Wow,’ Linda said when she looked in the mirror and saw her new look for the very first time 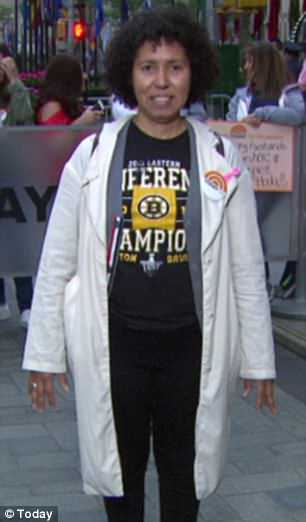 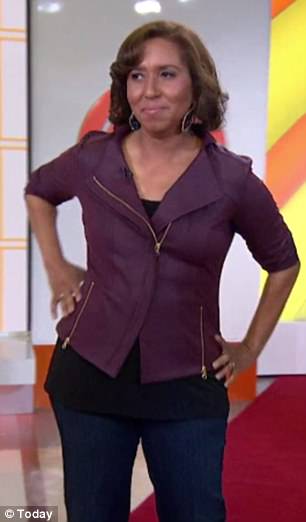 Next up: Karoline threw her hand on her hip and did a spin while showing off her incredible makeover

Karoline’s makeover was extra special, as it was the first time she had her hair done since battling cancer.

Before she debuted her new look, the show’s hosts had Linda turn around so they would be able check out their makeovers at the same time.

Karoline was the picture of confidence when she stepped on stage, threw her hand on her hip, and did a little spin.

When Linda turned around to look at her friend, her jaw dropped. 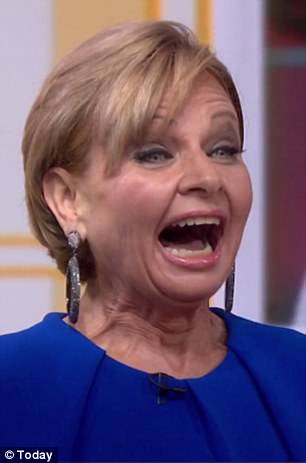 Is that you? The best friends were shocked when they saw each other’s makeovers for the first time 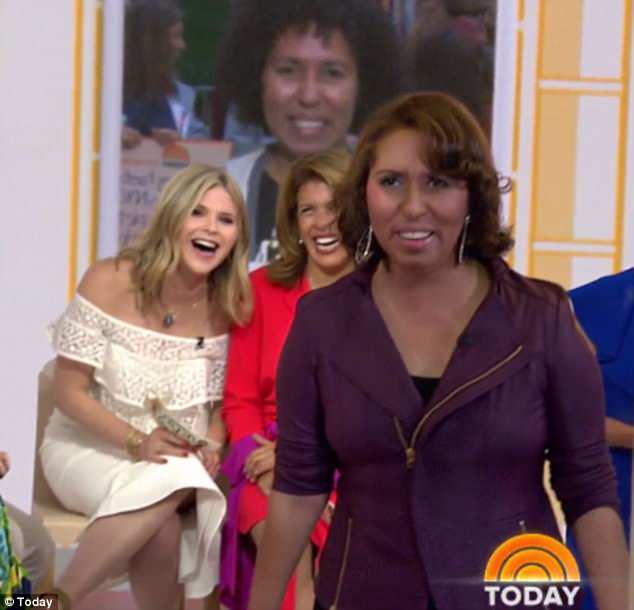 Stunned: ‘Oh my God, that’s not me,’ Karoline said when she looked at herself in the mirror

‘Oh my God, you look fabulous,’ she said, while Karoline was shocked to see Linda in a dress.

‘You saw the way she looked before? That’s how she looked 30 years ago when I last saw her — same hairdo, same jeans, same sneakers,’ Karoline explained.

Karoline was just as surprised when she turned around and looked at herself in the mirror. When asked if she liked her new look, she said: ‘Yeah, it’s interesting.’

Louis explained that curly hair was trimmed and dried straight to ‘provide options’ for her. Her naturally dark brown hair was also highlighted to keep up with the grays that were just starting to come in.

‘I love the hair,’ Karoline said, noting that she and Linda’s makeovers are completely opposite to how they used to look.

Karoline was decked out in a purple faux leather jacket and black jeans, but she admitted the outfit was more Linda’s style.