A cancer vaccine that cured 97 percent of tumours in mice will be tested on humans with low-grade lymphoma later this year.

Patients receiving the vaccine, which contains two drugs proven for their safety, will not require any chemotherapy, with the jab’s side effects expected to be just fever and injection-site soreness.

If approved, researchers do not expect the treatment to be available for another year or two.

Rather than creating lasting immunity, the jab works by activating the immune system to attack tumours.

This is expected to be effective in low-grade lymphoma, which affects certain white blood cells and generally responds to treatment, due to it often being detected by the immune system, unlike other forms of the disease, such as bowel cancer.

Around 1.7 million new people develop cancer every year in the US.

Lead author Dr Ronald Levy, from Stanford University, said: ‘We have a huge problem in cancer and we will never be satisfied until we find solutions for everyone.’

Tumours can be benign or cancerous (malignant).

Benign tumours usually grow quite slowly, do not spread and have a covering made up of normal cells.

Such growths only cause problems if:

Tumours get bigger as cells continue to divide, which stimulates the development of blood vessels to ‘feed’ it oxygen and nutrients.

Such growths may move into new areas by putting pressure on surrounding regions, using enzymes to break down cells or entering via tissues.

What the study will involve

The vaccine will be tested across two studies.

A total of 35 lymphoma patients will take part in the trials overall.

Each participant will receive a low dose of radiation alongside two rounds of the vaccine.

Further details, such as the time between vaccines and participants’ ages, are unclear.

‘Tip of the iceberg’ of cancer treatment

A similar immune-system targeting approach is already approved for types of leukemia and lymphoma.

This involves removing immune cells from patients’ bodies and genetically engineering them to attack tumours before they are reintroduced.

Yet such a treatment, known as CAR-T, costs around half a million dollars per patient and can cause fever, confusion, organ failure, and immune-system dysfunction.

She adds research should be carried out to determine if tumours can be manipulated to make them respond better to the immune system.

Dr Hermiston said: ‘Can we make the tumor more visible to the immune system? We are at the tip of the iceberg right now.’ 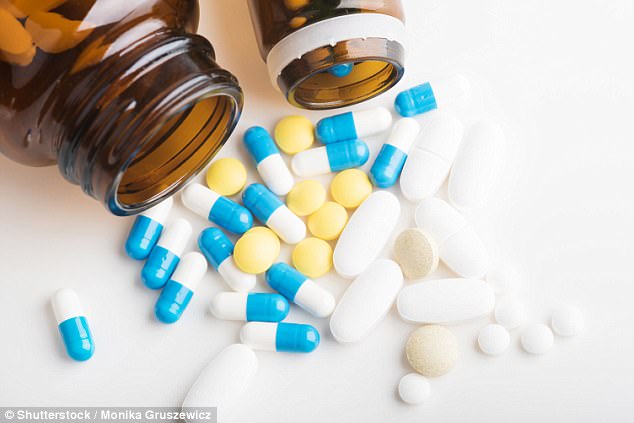 This comes after research released in January this year suggested a cancer drug is in development that could stop the disease in its tracks.

The unnamed medication targets a specific enzyme that fuels the spread of tumours.

It does this by binding to the membrane of rapidly multiplying cells, a study found.

This hijacks cancer’s ‘survival mechanism’ and prevents tumours from attaching to the protein they need to thrive.

It is unclear when the drug could be available.

The researchers analysed how fats, which are the building blocks of cell membranes, and drugs bind to DHODH.

Study author Dr Erik Marklund, from Uppsala University, said: ‘Our simulations show the enzyme uses a few lipids as anchors in the membrane.

‘When binding to these lipids, a small part of the enzyme folds into an adapter that allows the enzyme to lift its natural substrate [the substance an enzyme acts on] out of the membrane.

‘It seems the drug, since it binds in the same place, takes advantage of the same mechanism.’

Study author Sir David Lane, from the Karolinska Institute, in Sweden, added: ‘The study helps to explain why some drugs bind differently to isolated proteins and proteins that are inside cells.

‘By studying the native structures and mechanisms for cancer targets, it may become possible to exploit their most distinct features to design new, more selective therapeutics.’

The findings were published in the journal Cell Chemical Biology.