British tourist hotspot Cancun has broken its own grisly murder record which has more than doubled since last year.

Over the course of this year 540 people have been killed in the Mexican city on the Yucatán Peninsula bordering the Caribbean Sea, which draws in millions of tourists each year.

This year the murder total for 2018 has increased by 313 deaths compared to last year’s toll of 227, earning it a reputation for violence rather than its non-stop party scene or stunning views.

One of the most recent reported deaths came as a body was discovered in black bin liners at the roadside in the popular resort, reported local news site Quinta Fuerza.

The Mexican federal police patrol a beach in Cancun, Mexico earlier this year

When the bags were torn open by authorities a decapitated head and a pair of arms were found in case the plastic bags.

Inside the bags appeared to be the cut up bodies of two unknown victims, who were believed to have been tortured and burnt, said police.

Cancun is one of many Mexican regions which has seen an increase in murders, as the drug-related violence in Mexico has risen to a level where murder is now unremarkable, the Sun reports. 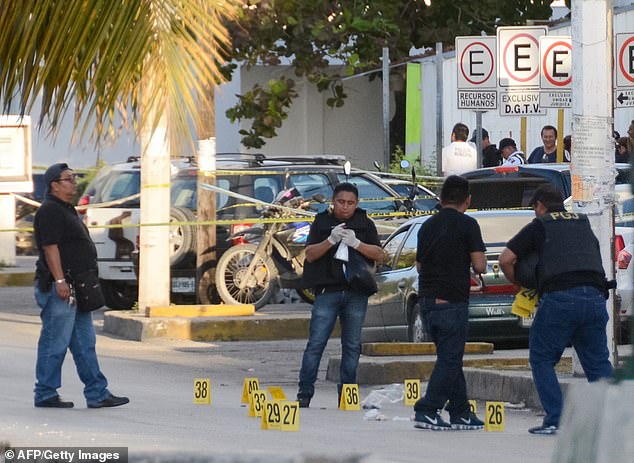 Guerrero saw several morgues close down after being overwhelmed with victims who had died following drug-related violence.

Those involved in Mexican gang warfare have been killed over turf battles which are used as routes to traffic drugs from the U.S. 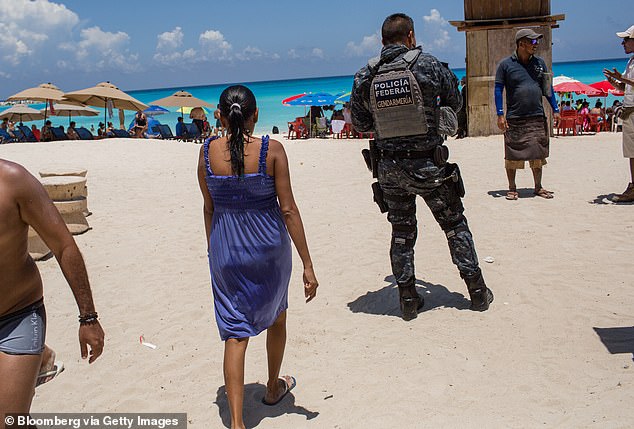 Gunmen on water scooters shot at a roving vendor on a beach in Cancun’s glittering hotel zone in April, an incident believed to be unprecedented for the city.

The vendor ran for safety inside a restaurant and was not hurt. Nobody was wounded. According to a police report, the afternoon shooting happened in front of a hotel in the heart of Cancun’s resort-studded strip.

Days later five bodies were found in a car found outside Hall Gym about 7am on with a dead man in the front and others piled in the back.

Police didn’t say how the men died but the grisly find stoked fears of yet another drug cartel hit after escalating violence in the popular coastal city. 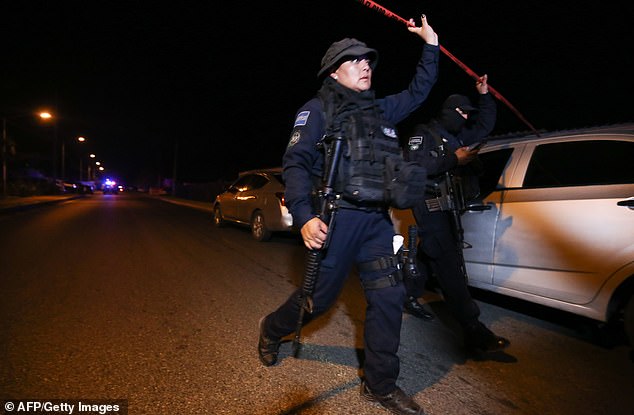 Following a murder spree in August where eight bodies were discovered, U.S. officials warned travellers to ‘exercise increased caution’ due to the increase in murder, kidnapping and robbery.

Violent crime and murder is rampant in parts of Mexico, especially in Acapulco – a popular beach resort stop that’s also known as the nation’s murder capital.

In 2017 alone there were a staggering 953 homicides in Acapulco, a jump from 918 in 2016. The violence was so dangerous the U.S. State Department warned Americans to stay away.

The state of Guerrero, where Acapulco is located, and other Mexican states have Level 4 ‘Do Not Travel’ advisory warnings, the same as Syria, Afghanistan, and Iraq, according to the New York Post. 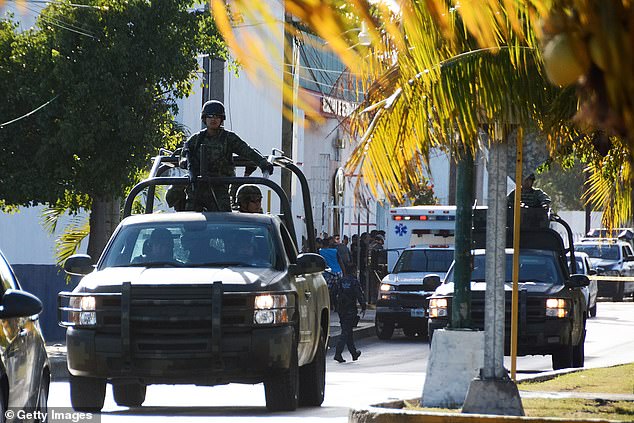 Last year there were more than 35million visitors to Mexico.

At the same time, the gut-wrenching stories of American tourists being viciously killed or targeted have surged.

In the first half of the year the murder toll in Mexico rose by 16 per cent, compared to the previous year.

Breaking its own record for fatal violence, the country suffered 15,973 homicides in the first six months of 2018.

In July Tatiana Mirutenko, a 27-year-old from Chicago, was killed by a stray bullet fired by two men on a speeding motorcycle as she was emerging from a bar in an upscale part of the city after a night of dancing.

She was visiting to celebrate her one year wedding anniversary with her husband.

She had been vacationing in Mexico since she was a little girl. She never thought she would be one of the 16,339 homicides recorded in the country in the first seven months of this year, according to statistics by Mexican law enforcement.

‘She loved the culture, loved the people,’ her heartbroken father Wasyl Mirutenko said to the Post.

When asked if her killers were caught he choked on tears and said: ‘I don’t really care. Whatever happens, it will not bring her back.’

In Acapulco two men were shot by a barrage of gunfire in October as they were on the beach. Police took the corpses away as tourists returned to the beach just minutes later.

The U.S. State Department warns that ‘armed groups operate independently of the government in many areas of Guerrero. Members of these groups frequently maintain roadblocks and may use violence toward travellers.’