A couple have only just found out they’ve technically been living in the wrong house because of a 130-year-old bureaucratic blunder, threatening their retirement plans.

Peter and Cheryl Plowman bought and fixed up an investment property next door to their Candelo, NSW with plans to sell it to help fund their retirement.

But when they got around to selling the property the prospective buyer’s lawyer found a problem that meant the sale couldn’t proceed, reported A Current Affair.

Mr and Mrs Plowman discovered the property they were trying to sell was their own house, according to the lot deeds from the 1800s, because someone had labelled the lots up their street, Bega Street, in an unorthodox numerical sequence: one, two, four, three, five.

The couple had actually been living in lot three – the fourth house along the street – and had bought the ‘official’ lot four from a friend as a fixer-upper thinking that it was lot three.

It took the attempted sale for all those involved to realise the error, which had been made on official documents in the 1800s. 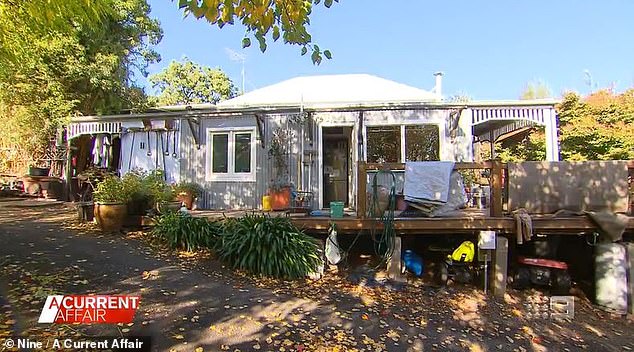 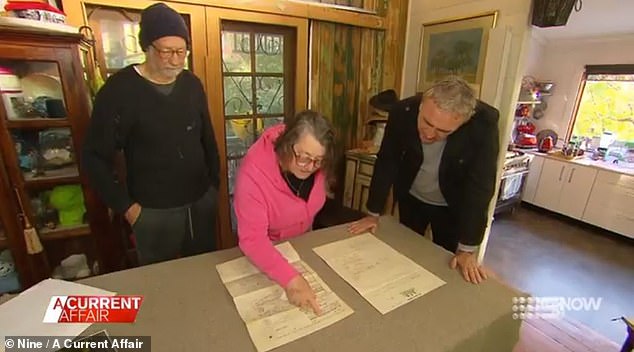 ‘I know where I bloody live,’ Mr Plowman said, ‘I’m not having some bureaucrat tell me otherwise

Mr Plowman had previously done his own conveyancing and hadn’t spotted the mix up himself, but the prospective buyer’s lawyer did and realised his client would actually be purchasing the Plowmans’ own home next door.

The Plowmans’ home, a little more run-down than the renovated house they were trying to sell, meant the buyer was suddenly uninterested in the sale.

Mr and Mrs Plowman said they had spent time and money approaching relevant government departments to try and have the mix-up rectified but had been told the lots will always be the way they are and are technically correct. 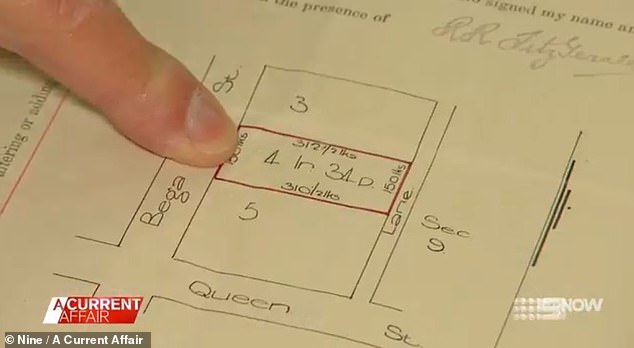 A mistake in the 1800s meant their houses were swapped and instead of appearing in ascending order up the street, lots three and four had been swapped

‘We have begged them to come and have a look from the street to understand the mix-up, but they refuse,’ Mrs Plowman told ACA.

The couple find themselves in strife as until the issue is fixed, they can’t sell their investment property and no one will buy their home, as its on the wrong number too.

‘I know where I bloody live,’ Mr Plowman said.

‘I’m not having some bureaucrat tell me otherwise.

‘Bloody bureaucrats can’t count, and we are the ones paying the price for a mistake that was made 130 years ago.’