Having a Baywatch moment! Candice Warner channels Pamela Anderson as she trains in a bright red swimsuit on Bondi Beach

Candice Warner has returned to her Ironwoman roots.

On Tuesday, the 36-year-old headed into the water at Bondi Beach as she trained with the North Bondi Surf Lifesaving Club in Sydney.

The mother-of-three had a Baywatch moment, channelling Pamela Anderson in a bright red swimsuit.

The former athlete spent some time on the waves aboard a kayak, padding through the surf.

After getting a workout in the waves, Candice headed for the shore while carrying her kayak.

She went makeup free for the outing, while wearing her wet air back in a ponytail. 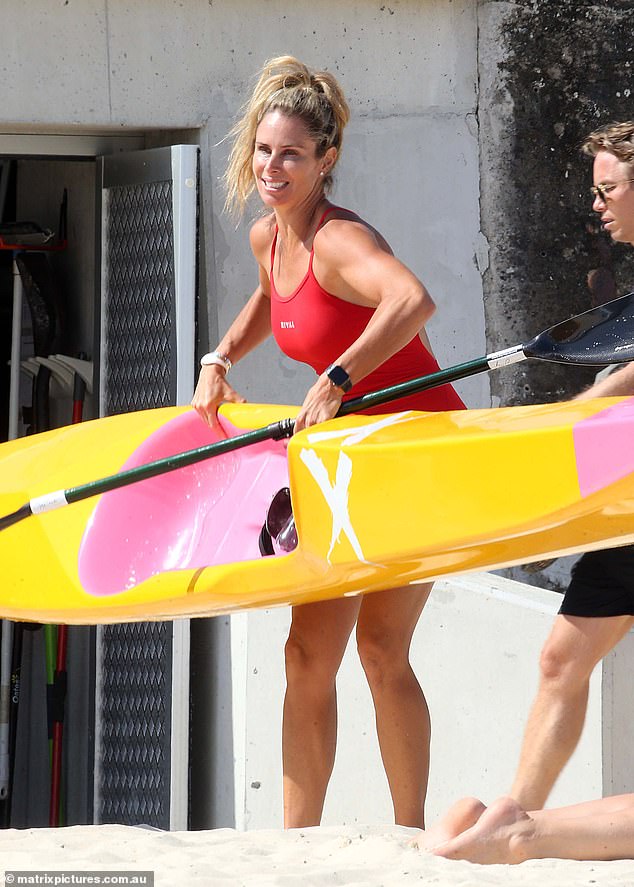 Turning heads: The mother-of-three showcased her fit physique and deep tan in the bold swimsuit 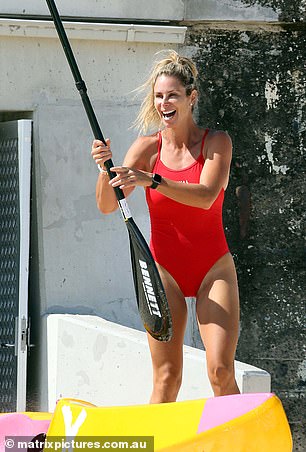 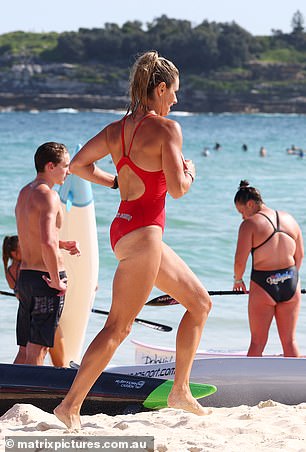 Fit: The former Ironwoman was spotted prepping her kayak before heading into the surf 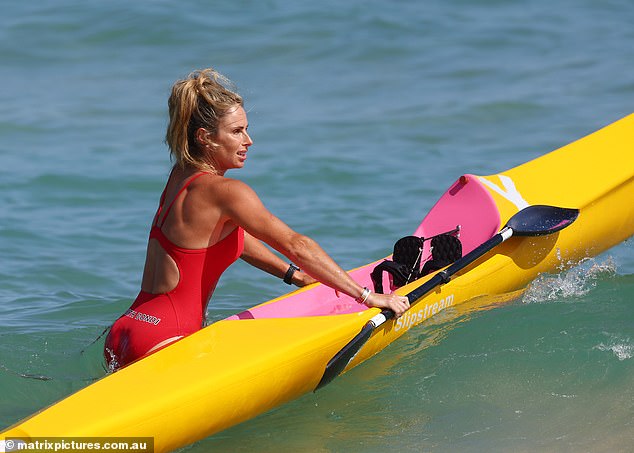 Fresh: She went makeup free for the outing, while wearing her wet air back in a ponytail

Candice and her cricketer husband David have a lot to celebrate of late, after Australia’s Ashes victory over England.

The pair are also finally set to move into their $4million Maroubra mansion after six long years of renovations and rebuilds.

Last year it was reported in July the pair had sold their temporary home just 900 metres away for $4.2million. 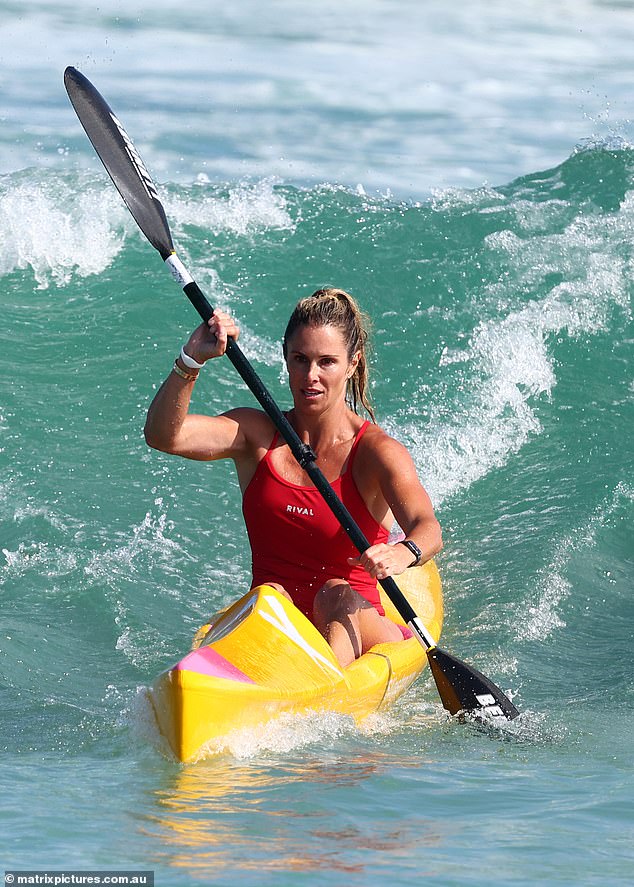 Out and about: The former athlete spent some time on the waves aboard a kayak, padding through the surf 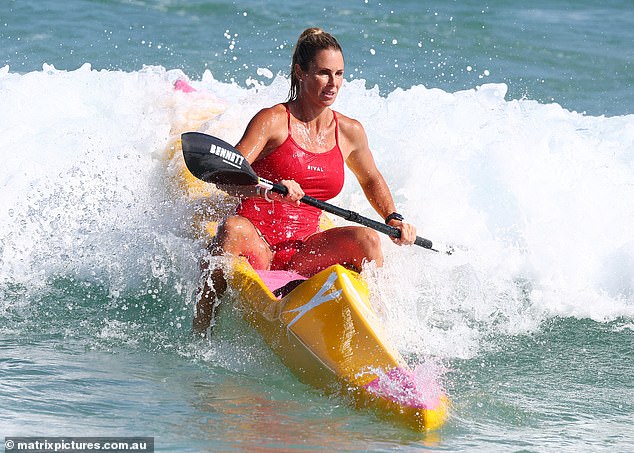 Past: Candice is a professional Ironwoman and former surf life saver 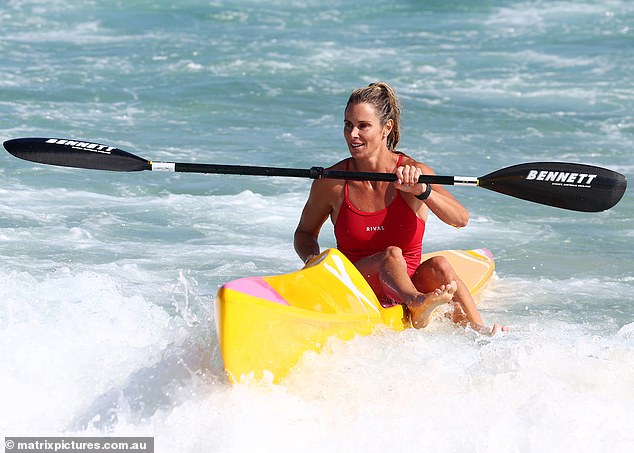 Event: It comes just weeks after she competed in The Summer of Surf Series

The A-list couple bought the house, also in Maroubra, for $2.33million in late 2016, and resided there while renovations were underway at the bigger home.

The sale of the temporary property suggests the family of five is finally ready to start their new life at their dream home.

David and Candice married in 2015. They are parents to daughters Ivy, seven, Indi, six, and Isla, two. 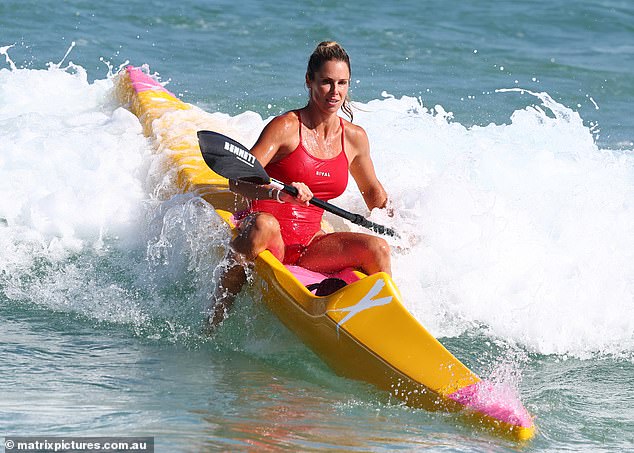 Incoming! She rode a wave to the shore, coming in fast 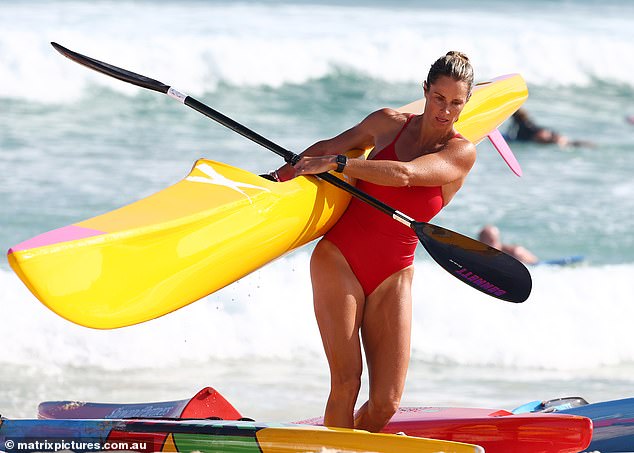 Tough: At one point she was seen carrying her kayak with one arm as she came out of the water 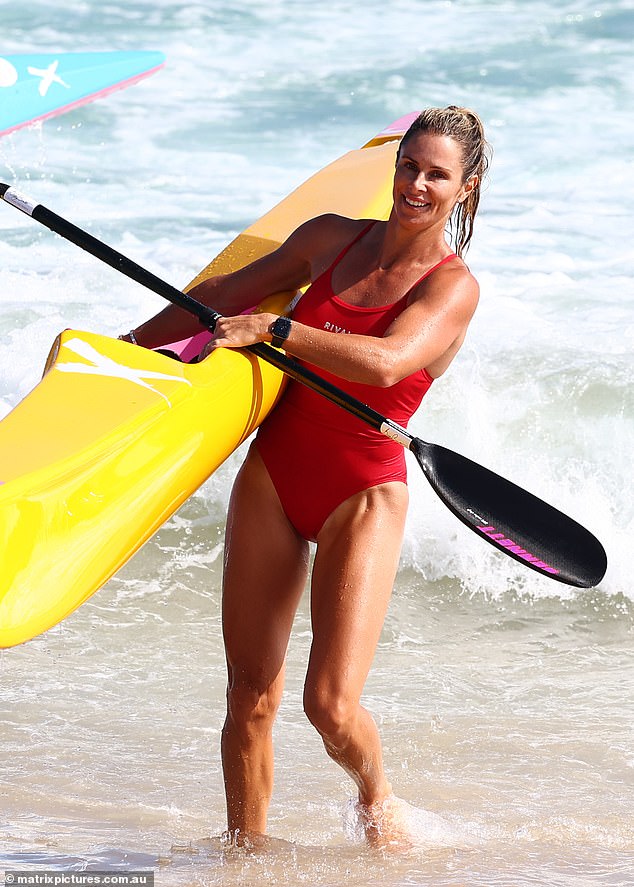 Happy: Candice appeared in happy and relaxed after the intense workout 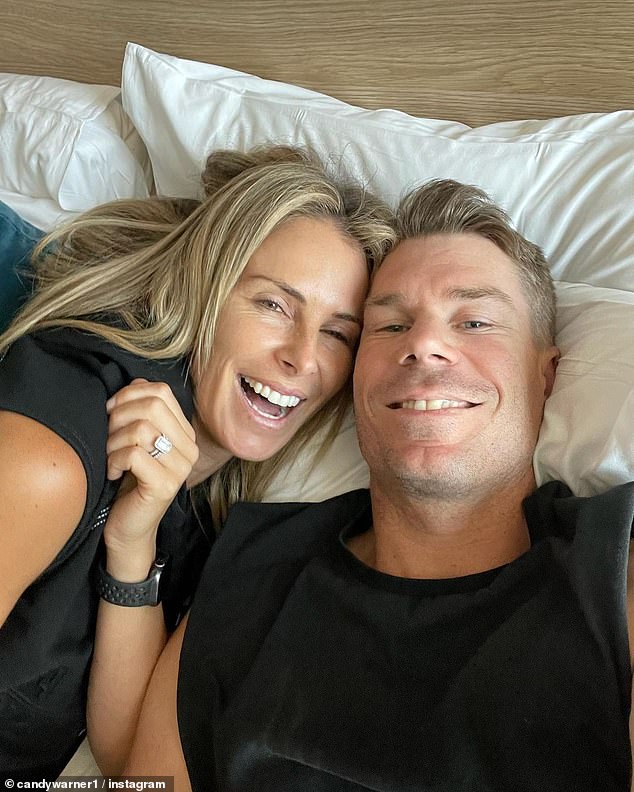 Happy days: Candice and her cricketer husband David (right) have a lot to celebrate of late, after Australia’s Ashes victory over England