Candice Warner has no regrets about ‘weeping uncontrollably’ at husband David’s press conference in the wake of cricket’s ball tampering scandal.

Back in March, the former Ironwoman became the target of trolls who accused her of faking the emotional display in order to garner sympathy.

But the 33-year-old has told The Australian Women’s Weekly that her tears were genuine, insisting she was ‘torn apart’ by the sight of David taking responsibility for his role in the sporting fiasco.

‘It tore me apart’: Speaking with The Australian Women’s Weekly, Candice Warner has defended her tearful appearance at husband David’s press conference, where she was comforted by pal Roxy Jacenko (pictured)

During the press conference Candice was seated next to her publicist and close friend, Roxy Jacenko.

The PR queen was seen hugging her tearful pal, prompting many to speculate the melodramatic display was contrived for the cameras.

However, Candice told the magazine that there was no orchestrated publicity stunt, and that Roxy accompanied her to the event as a friend. ‘Genuine’: The former Ironwoman became the target of trolls who accused her of faking the emotional display in order to garner sympathy.

Meanwhile, Roxy herself took to Instagram on Thursday, praising Candice for her ‘beautiful and honest’ interview with The Australian Women’s Weekly.

In her chat with the magazine, Candice also revealed that she suffered a heartbreaking miscarriage a week after that painful press conference.

She told the publication:  ‘I was bleeding. We (she and David) knew I was miscarrying. We held one another and cried. The miscarriage was a tragic consequence, a heartbreaking end to a horror tour.’ 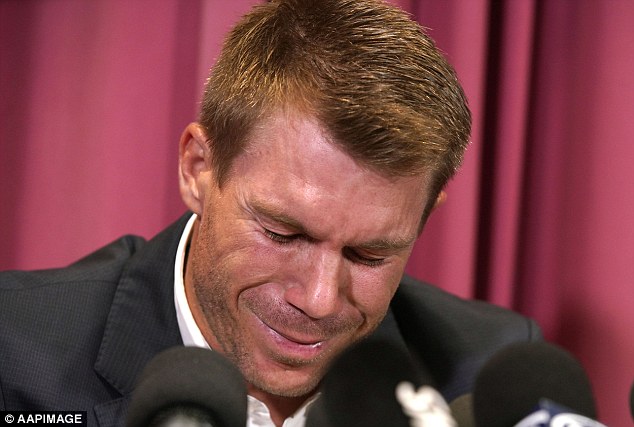 Painful: Candice insisted her tears were prompted by the sight of David taking responsibility for his role in the sporting fiasco Heartbreak: A week after the press conference, Candice suffered a miscarriage (pictured: the couple with their two children Indi Rae and Ivy Mae)

Candice believes her distress at the time could have caused the tragic loss, adding: ‘The ordeal from the public humiliations to the ball tampering had taken its toll and, from that moment, we decided no sport, nothing will impact our lives like that again.’

David was banned for 12 months by Cricket Australia after being accused of masterminding a plot to change the condition of the ball during the third Test in Cape Town in March.

Former captain Steve Smith and player Cameron Bancroft were also punished for their involvement in the cheating plan. 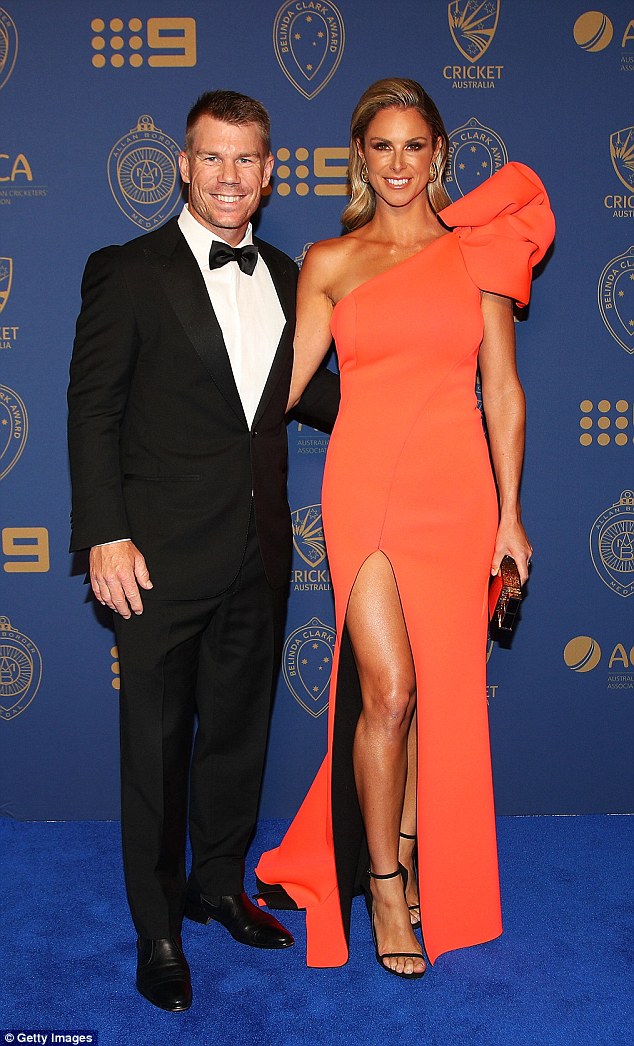 A difficult few months: David and Candice have suffered tragedy in the wake of cricket’s ball-tampering scandal