The rematch is on! Canelo Alvarez insists he wants to fight Dmitry Bivol again despite being outclassed as he fell to a shock unanimous decision in Vegas… and the Russian – who retained his WBA (Super) light-heavyweight belt – says ‘no problem’

Canelo Alvarez and Dmitry Bivol both agreed to an immediate rematch after the Russian claimed a stunning unanimous decision victory over the pound-for-pound star on Saturday night in Las Vegas.

It was Canelo who came into the bout as the overwhelming favourite, having blasted his way through the super-middleweight division to become undisputed champion last year, but the task against Bivol proved a step too far at the T-Mobile Arena.

Bivol retained his WBA (Super) light-heavyweight belt with the victory, remaining undefeated and moving to 20-0 in the process, while Canelo suffered just the second defeat of his career. 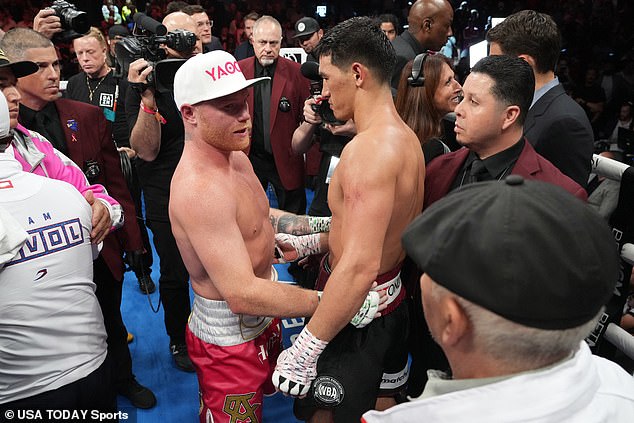 Canelo (57-2-2) endured a highly frustrating evening, with the hard-hitting Mexican unable to make an impression throughout, landing just 82 punches to Bivol’s 154.

The Russian, who carried a significant height and reach advantage, showed quintessential discipline as he stuck to the game plan throughout, working behind the jab as he out-hustled an ever-tiring Canelo from the off.

His expert fundamentals – crafted throughout a stellar amateur career – proved too good for Canelo on the night. But even so, the already established Hall of Famer – while remaining gracious in defeat – insisted he wants another shot.

‘He’s a great champion,’ Canelo said of Bivol in the ring after the fight. ‘Sometimes in boxing, you win. Sometimes you lose. Not making excuses. I lost today and he won.’

‘He’s a really good fighter. He’s a fighter that comes in and comes out. I also felt his power. I think it was good fight. I felt like I maybe did enough to win the fight but that’s boxing.’ 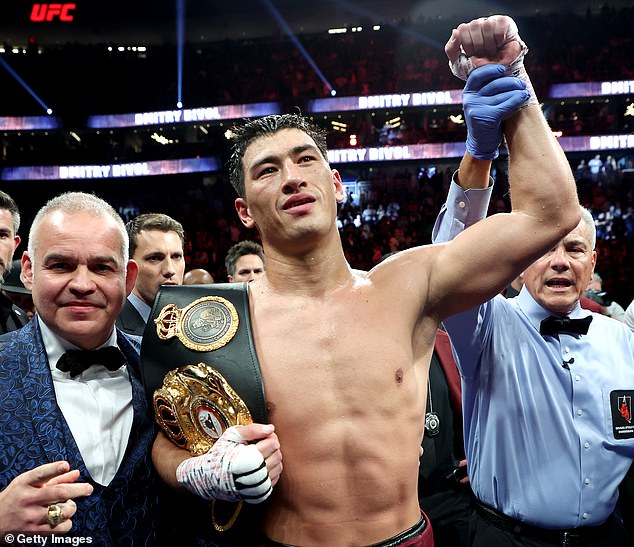 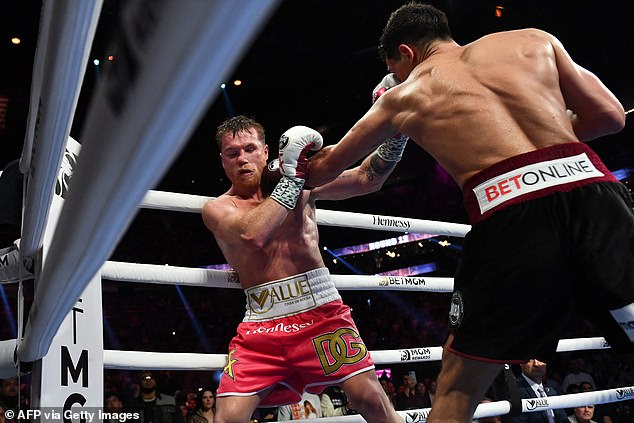 He was relentless behind the jab throughout, out-landing Canelo by 154 to 82 punches 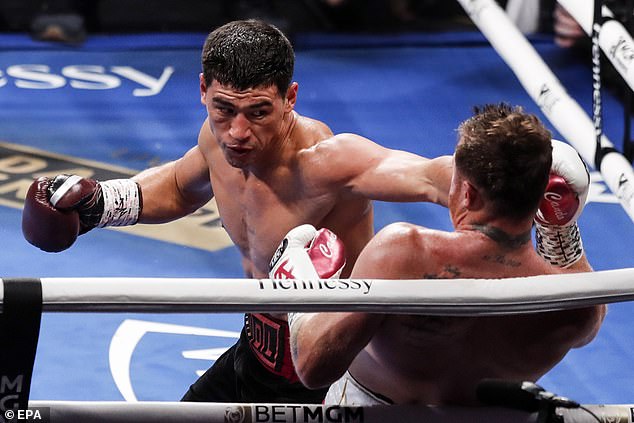 The fight finished with Canelo pinned on the ropes, where he spent a large portion of the bout

An immediate rematch against Bivol was certainly not part of the script, however, with pre-fight plans to take on Gennady Golovkin for a third time in September, before a potential London debut in December.

Also on the agenda was an undisputed showdown against either Artur Beterbiev or Joe Smith Jr – the holders of the remaining belts at 175lb – who are set to fight in a massive unification bout in June.

Those plans are now on hold, though, with Bivol – who admitted he was sorry for disrupting Canelo’s latest route to undisputed – agreeing to a second bout. 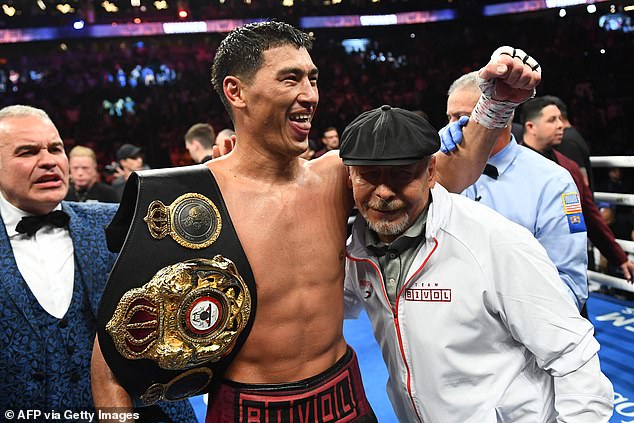 ‘Congrats to [Canelo], he’s a great champion and I respect him. But if you don’t believe in yourself, what do you do? You won’t achieve anything. I believe and my team believes.’

‘I felt his power. As you can see from my arm, he beat my arm up but not my head,’ Bivol continued. ‘It’s better. He had a good speed and power. Maybe his mistake was he threw only hard punches. After hard punches, he relaxed and tired.

‘I was feeling great. This was the biggest fight of my career and I enjoyed this fight. When the people booed me, it gave me more energy.’

‘A rematch? No problem. Let’s talk about a rematch,’ Bivol added. ‘I took this fight because I just wanted the opportunity and I appreciate the opportunity. I am ready for the rematch, I just want to make sure I win and am treated like a champion now.’ 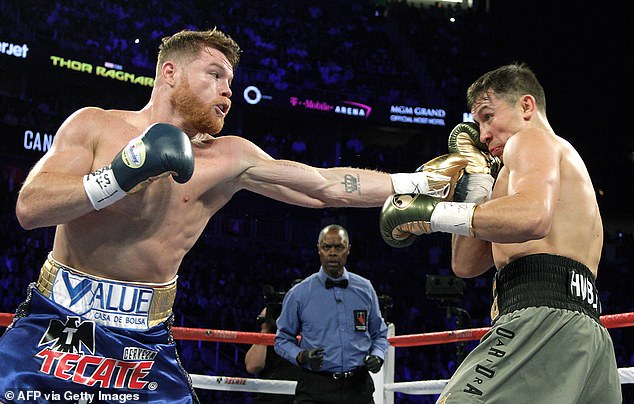