Recovering rats given cannabidiol (CBD) are less likely to relapse when exposed to drugs, a study, by the Scripps Research Institute in La Jolla, California, found.

This is thought to be due to the supplement easing anxiety and stress, as well as reducing impulsive behaviour, according to the researchers.

The researchers hope the findings will assist in the development of treatments to prevent human drug relapses.

CBD is a cannabis-derived nutritional supplement that is thought to possess a range of medicinal benefits and has been reported to help people suffering from migraines, psoriasis, acne and depression.

Legal in the UK, it does not contain any THC, which is the psychoactive component of marijuana that makes users ‘high’.

Treatment potential across a range of addictions

Speaking of the findings, lead author Dr Friedbert Weiss said: ‘The efficacy of the CBD to reduce reinstatement in rats with both alcohol and cocaine – and, as previously reported, heroin – histories predicts therapeutic potential for addiction treatment across several classes of abused drugs.

‘The results provide proof of principle supporting the potential of CBD in relapse prevention along two dimensions: beneficial actions across several vulnerability states and long-lasting effects with only brief treatment.

‘Therefore, effects such as these observed with CBD that concurrently ameliorate several of these are likely to be more effective in preventing relapse than treatments targeting only a single state.’

The findings were published in the journal Neuropsychopharmacology. 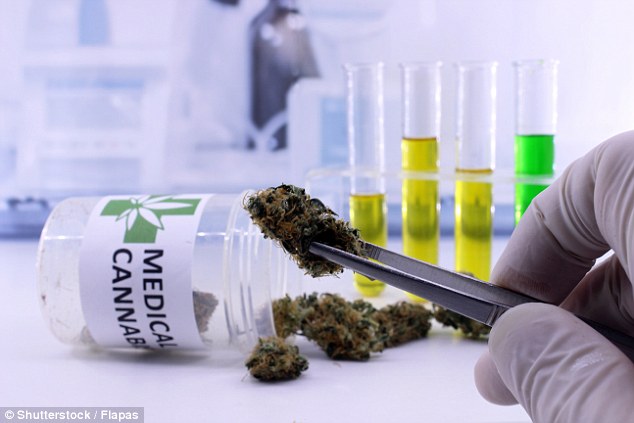 The researchers applied a gel containing CBD every day for a week to the skin of rats who were addicted to cocaine or alcohol.

Tests were performed to determine the animals’ responses to stressful and anxiety-provoking situations.

Such scenarios included placing the rodents, who are typically agoraphobic, in a maze with open and enclosed spaces, and assessing the amount and length of time they chose to spend outside.

The researchers also assessed how impulsive, a trait associated with drug addiction, the animals were.

This comes after research released last month suggested CBD halves the risk of suffering a seizure in 44 percent of epilepsy patients.

The dual treatment also enables up to 26 percent of people with epilepsy to reduce their medications’ doses, the research adds.

Nearly one in three epilepsy patients are resistant to existing treatments and continue to endure seizures.