Clever dog! Canny street mutt fakes a broken leg to get attention and food from passers-by in Bangkok

This clever dog has learned how to fake an injury to get attention and snacks from people walking along the street.

The pooch, nicknamed Gae by locals, drags his back left leg along the ground as if it is broken.

But once people crowd round in an effort to help him he then hops up and bounds away like nothing ever happened.

The pooch, nicknamed Gaeby by locals, drags his back left leg along the ground as if it is broken 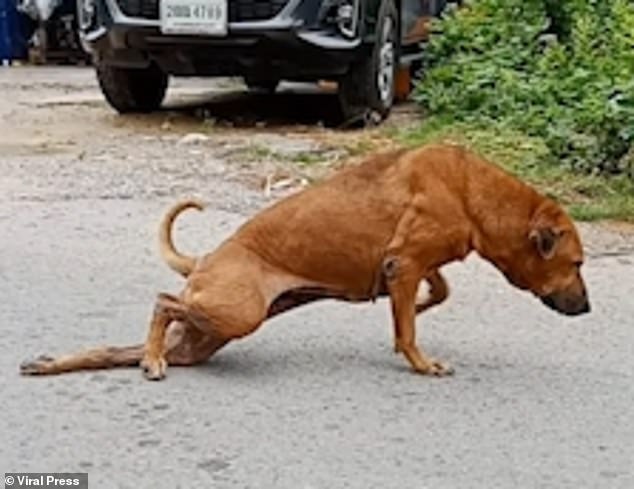 Despite seeming to be injured, once people crowd round in an effort to help him he then hops up and bounds away like nothing ever happened

The stray pooch was filmed in Bangkok, Thailand.

At one point during the video a man on a motorbike stops to check the dog is okay after seeing it limping but begins laughing once he sees there is nothing to worry about.

Resident Thaweeporn Chongplapolkul said: ‘This old dog has lived my workplace for a few years. He always does this trick to deceive people.

‘I feed him rice but he still has this habit. He’s very smart. I think he does it to get people to feed him. 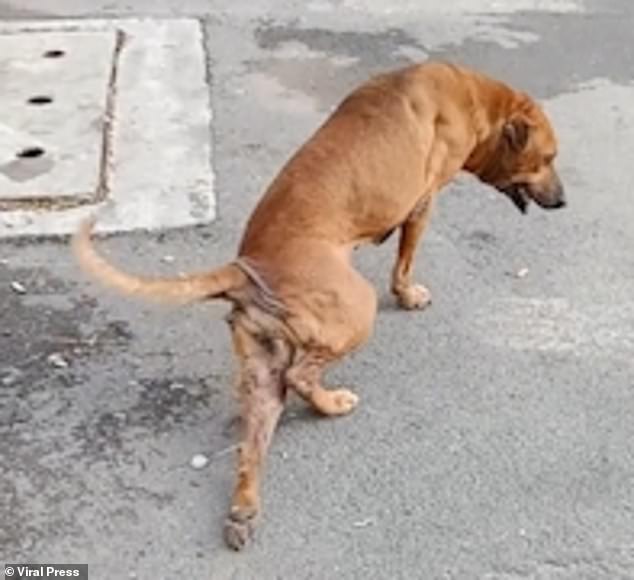 ‘While we stopped to watch him that day, a motorcyclist stops because he thinks the dog is hurt.

‘But then he jumps up and walks away. It’s too funny. We call him Gae.’

Thaweeporn said she is a dog lover who has several pets and also rescues street dogs.

She also said that she is certain that there is nothing wrong with Gae.

Thaweeporn added: ‘He’s an old dog and we’ve checked both of his legs. They are both fine.

‘If Gae had any kind of injury I would take him to the vets immediately.’