Can’t stop your brain buzzing at night? Get up, get creative and you might discover a hidden talent

While most Britons are deep in a blissful slumber, millions toss and turn until the small hours, unable to nod off. We are a nation plagued by lack of sleep and it is a problem that’s only getting worse.

Research by the Sleep Council suggests that more than a third of Britons get by on five to six hours’ sleep a night, with as many as three-quarters of the population sleeping for seven hours or less.

At least eight hours is the recommendation so, given that a good night’s sleep is essential for the repair and growth of every cell in the body. Insomnia is undoubtedly a health issue.

For some insomniacs, sleep-deprivation isn’t always a bad thing. They are not insomniacs. Rather, they are ‘wakeful’ (stock image)

But for some insomniacs, sleep-deprivation isn’t always a bad thing. They are not insomniacs. Rather, they are ‘wakeful’.

Far from leaving them exhausted, a night of scattered sleep offers a unique creative skill.

According to sleep experts, insomniac brains may harbour exceptional cognitive capabilities which, when harnessed, can reveal an undiscovered talent.

Marina Benjamin, 54, is just one example of someone who has managed to take advantage of her chronic insomnia.

Even as a child, the author, from North London, says she was never a good sleeper. This worsened as she got older and she has now suffered for almost 20 years, averaging just four or five hours’ broken sleep a night.

Two years ago, Marina decided to shift her night-time focus from the frustration of not sleeping to the unique gift of extra time.

She began writing in the small hours, and within months had produced her memoir, aptly named Insomnia.

‘Rather than fighting the night, I went with it,’ she says. ‘I harnessed the creative impulses. It is a different kind of wakefulness during the night – it gives you incredible focus. 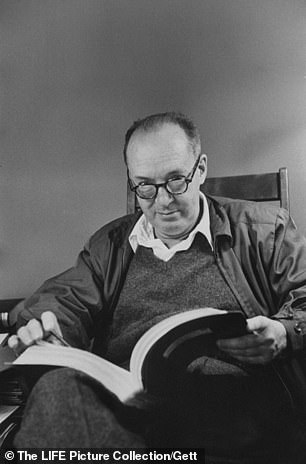 Russian novelist Vladimir Nabokov actually trained himself to be most productive at night, considering his wakefulness a gift

‘In the day it is fragmented because there is so much sensory information and overload. It’s a different way of thinking at night. I tap into my more instinctual self, something quite creative.’

A 2006 study by researchers at the University of Canterbury reported more sleep difficulties in highly creative children, suggesting that a lack of sleep may result in a ‘state of mind that makes creativity more likely to occur’.

Experts have hypothesised that this altered state of mind is in fact divergent thinking – the ability to open your mind in all directions.

According to a 2013 study at the University of North Carolina in the US, insomniacs may use the ‘wakeful’ time to consider different possible solutions to problems, or expand their way of thinking.

This in turn results in a wider array of original ideas in both work and leisure activities.

Some scientists believe the ‘wakeful’ phenomena may be due to the sudden interruption of sleep when the brain is at its most powerful.

When we sleep, the brain moves through different stages of activity. By far the most productive part of the cycle is a state known as REM, or ‘rapid eye movement’ sleep.

This stage, categorised by the eyes moving rapidly in different directions, occurs within 90 minutes of falling asleep and recurs several times every night.

Studies show that the number of times we experience REM each night can dramatically affect our learning and memory function, as well as imagination.

During REM sleep, brain waves mimic the activity experienced during waking, and it is in this stage that dreams are typically most intense and vivid. 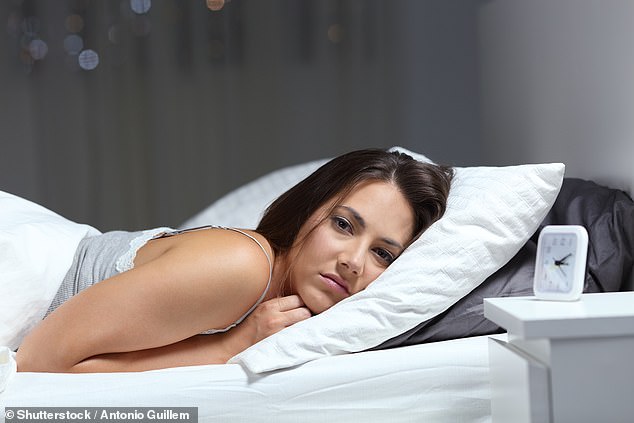 According to sleep experts, insomniac brains may harbour exceptional cognitive capabilities which, when harnessed, can reveal an undiscovered talent (stock image)

According to scientists at Harvard Medical School, abruptly waking during REM sleep improves cognitive performance, particularly on complex written tasks. They found scores on a word anagram puzzle were a third higher when participants were tested after waking from REM sleep.

Other studies by researchers at the University of California have looked directly at REM’s power to increase creativity, with striking results.

When woken during REM sleep, participants were almost twice as creative – measured by a psychometric test – than when woken elsewhere in the sleep cycle.

And brain-imaging studies from the University of Lubeck in Germany show the right side of the brain is illuminated more than the left during and directly after REM sleep. It is this side of the brain’s complex network that is shown to ‘light up’ vividly, with increased connectivity when participants engage in creative activities, and in those who are artistic.

Marina is in good company when it comes to minds that come alive at night – successful insomniacs include Margaret Thatcher, Bill Clinton, Charles Dickens, Marcel Proust and Madonna.

Russian novelist Vladimir Nabokov actually trained himself to be most productive at night, considering his wakefulness a gift.

But what comes first – the insomniac or the creative genius? 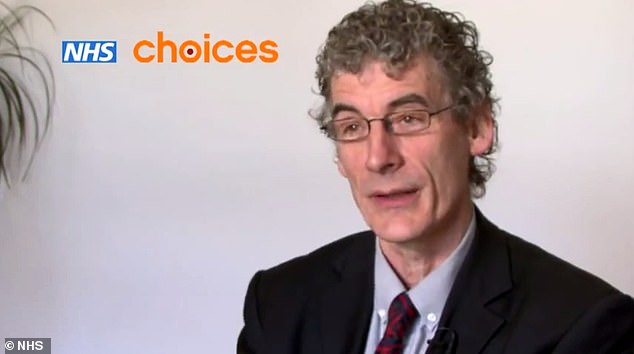 Kevin Morgan, professor of psychology at Loughborough University’s Clinical Sleep Research Unit, claims that the ‘demon of insomnia is thinking’

He adds: ‘The demon of insomnia is thinking. If you can’t turn your brain to fading mode to go to sleep, then you won’t sleep.’

The jury is out on the underlying mechanism but there is one thing sleep experts seem to agree on: reframing insomnia as ‘wakefulness’ provides a golden opportunity to get things done.

‘Insomnia is only a problem when it impacts on a person’s daily life,’ says Dr Neil Stanley, of the British Sleep Society.

Although he doesn’t advocate deliberately curtailing sleep, he encourages night-owls to accept their waking and use it to be productive. He says: ‘Time is the one thing we have a limited amount of in our lives so we need to use it productively.

People shouldn’t cut down on their sleep, but it is better to be awake and out of bed doing something than awake in bed.

‘If you are awake for 20 minutes, get up, and if that means you can do something creative, then all the better.’